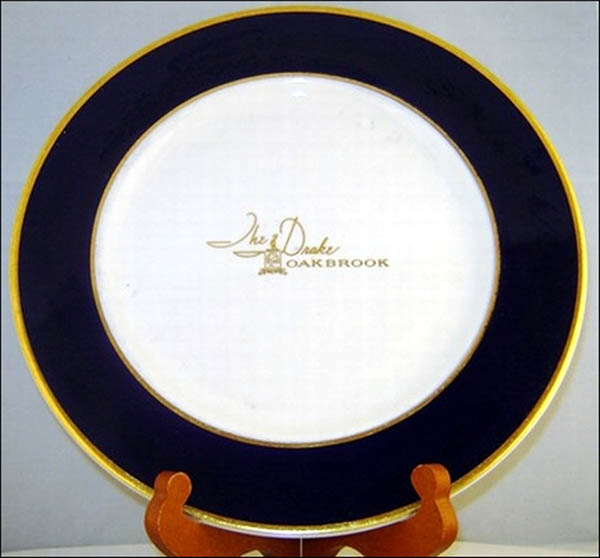 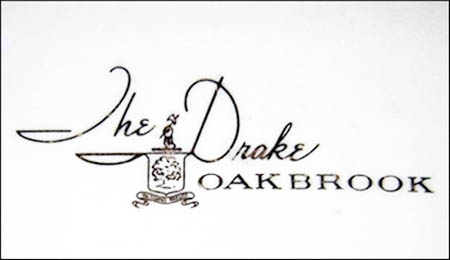 Notes: The Drake – Oak Brook was located on Cermak and York Roads in Oak Brook, Illinois. The four-story hotel, which opened in 1962, was built by the Drake Hotel Company and was under the same management as The Drake, Chicago. It became the Wyndham Drake – Oak Brook in 2000 and closed in October 2009.

White body, deep eggplant band trimmed with coin gold lines around the rim, Drake Hotel Oak Brook in coin gold in well along with hotel's shield consisting of oak tree, an arm wielding a battle axe above and Ubi Tempus Quiescit in banner below.