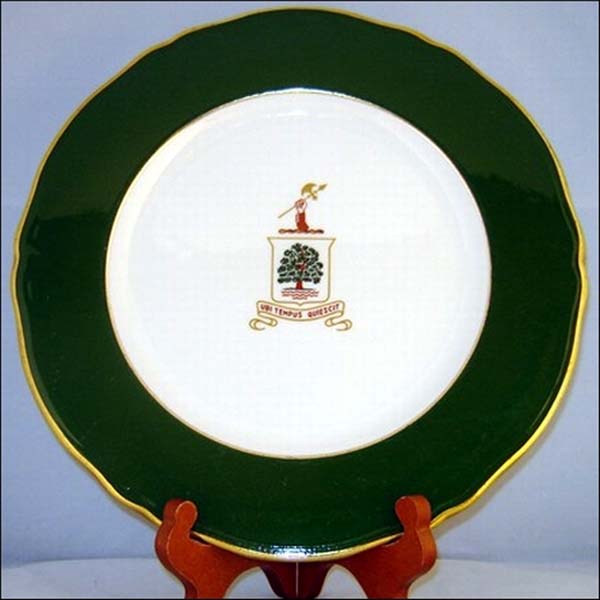 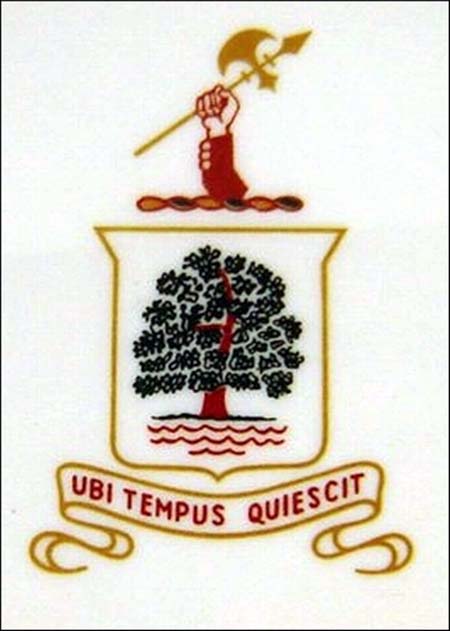 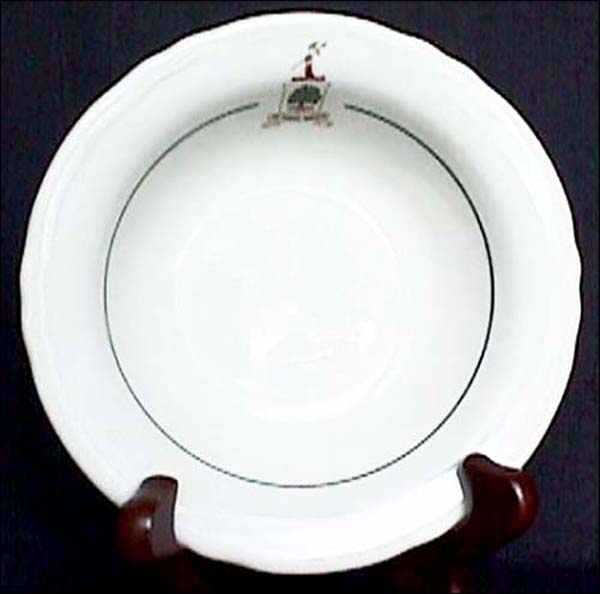 Notes: The Drake – Oak Brook was located on Cermak and York Roads in Oak Brook, Illinois. The four-story hotel, which opened in 1962, was built by the Drake Hotel Company and was under the same management as The Drake, Chicago. It became the Wyndham Drake – Oak Brook in 2000 and closed in October 2009.

White body service plate by Interpace with a wide green band border and coin gold rim and verge border. Center-marked with the Oak Brook gold shield featuring a red and green oak tree within and an arm wielding a gold battleaxe above. Below is a gold ribbon with UBI TEMPUS QUIESCIT lettered in red.