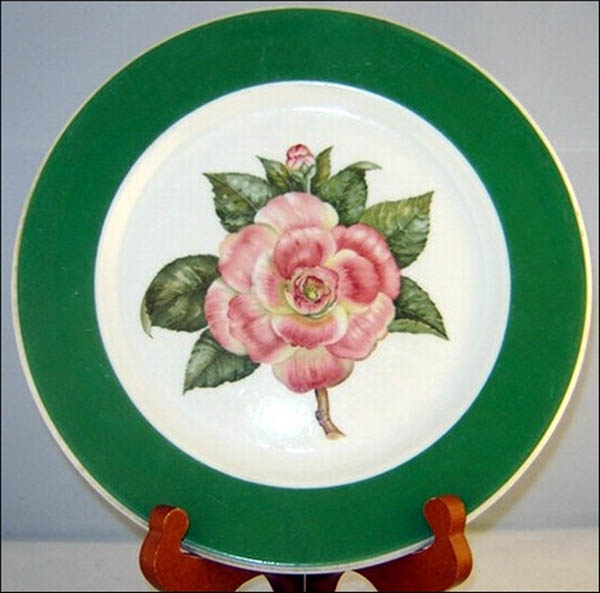 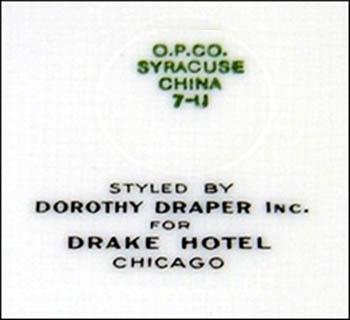 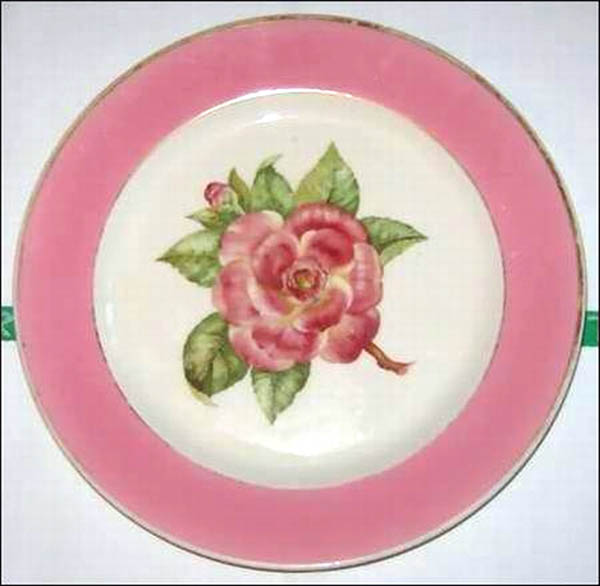 Variation pink-rimmed plate in the same design, but without the Dorothy Draper or Drake Hotel backstamp (Syracuse, 6-GG - 1952) 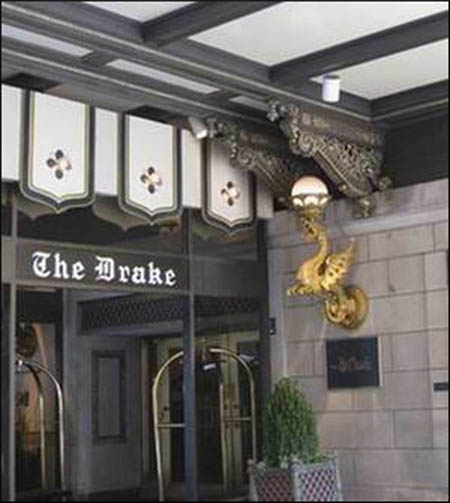 White body, gold rim line, green band and large, pink camellia flower with green glossy leaves. Design by Dorothy Draper. A menu (not shown) advertises The Camellia House restaurant at the Drake and thus the tie-in with this pattern.