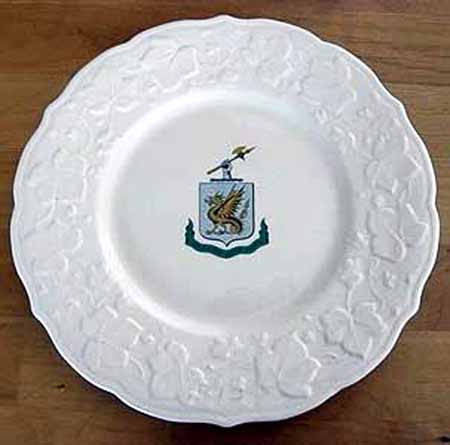 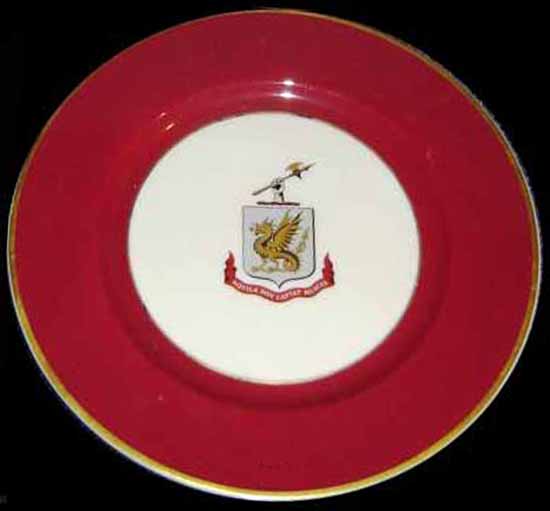 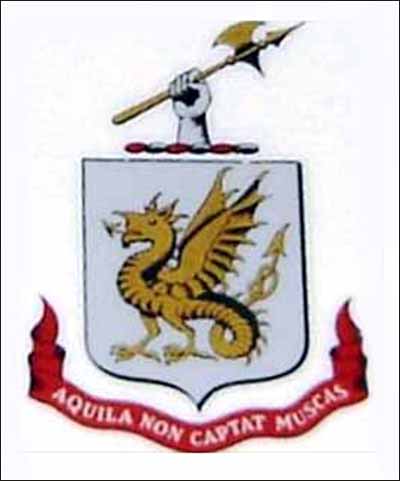 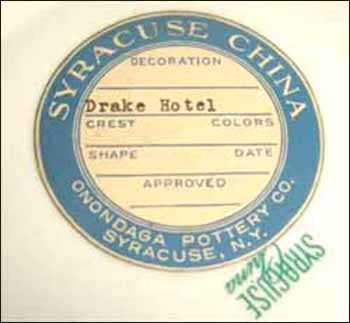 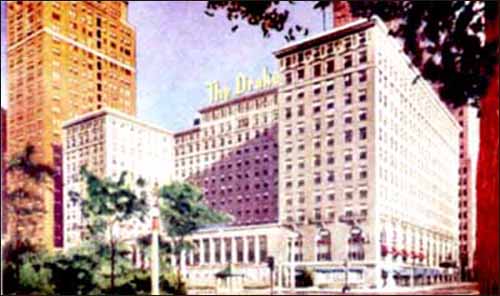 Two Syracuse China plate designs are shown below with different body types, rim treatments and color variations, though both plates have the center Drake Hotel crest, featuring the heraldic dragon within a shield, a battle axe in hand above the shield and the banner Aquila Non Captat Muscas (The Eagle Catches No Flies) beneath it.

The Dictionary of Heraldic Beasts describes the heraldic dragon as having "a huge body of reptilian nature covered with a mail of plate and scales and a row of extending [spines] from head to tail, ending in a great and deadly stinger. From gaping jaws with formidable fangs he belches flames. He has round luminous eyes, a dangerous spike on his nose, a forked tongue, eagle's feet and bat's wings. The dragon in heraldry is symbolic of power, wisdom and astuteness."