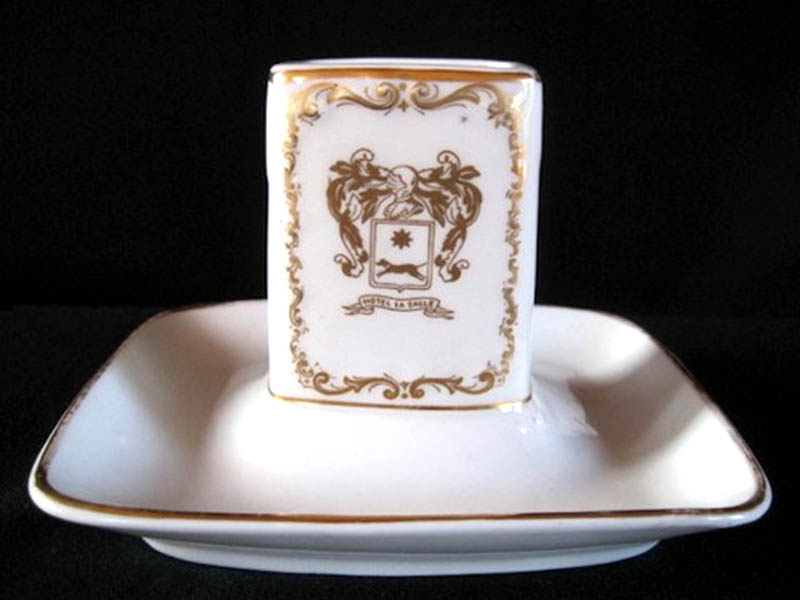 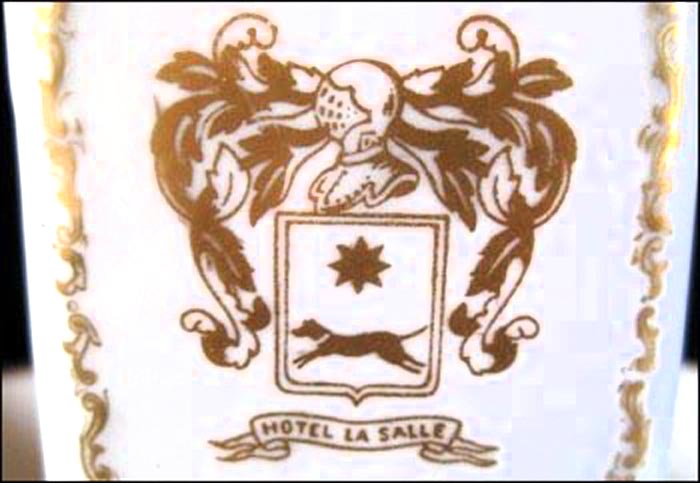 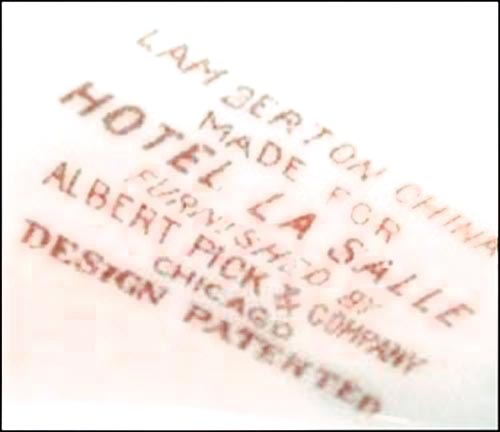 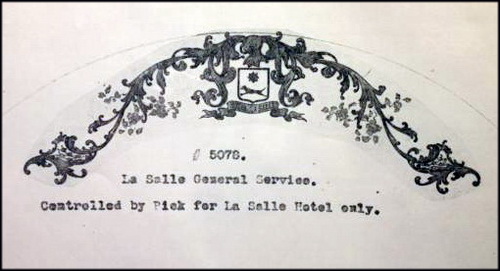 The hotel was rebuilt soon thereafter. It closed in July 1976 and was imploded.

White body match stand. Coin gold bands and scroll work. Crest on chimney with dog and star inside, helmet above with acanthus leaves. Banner below with Hotel La Salle.