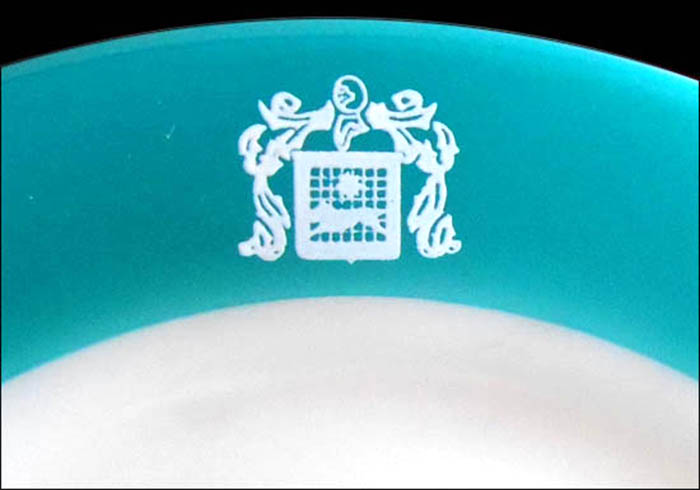 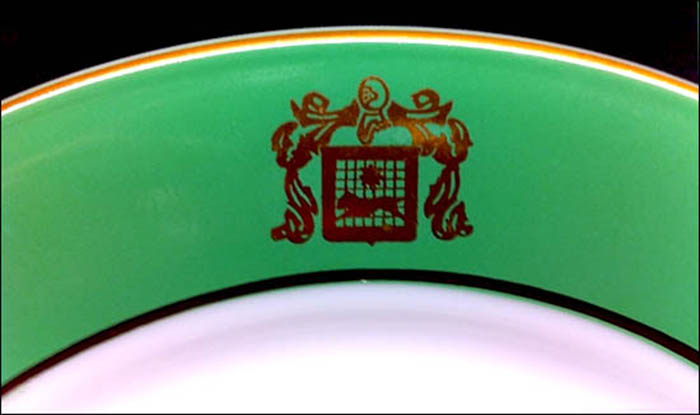 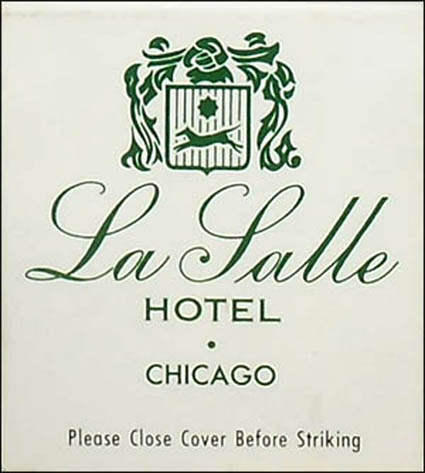 Notes: The 22-story, 1,000-room La Salle Hotel was located at 10 North LaSalle Street in Chicago. It opened its doors in 1909 and became famous for its cuisine in the Blue Fountain Room, the Dutch Room, the Lotus Room, and its cove ceiling in the Louis XVI Dining Room. The La Salle was also the hotel at the Chicago terminal of the Rock Island and New York Central railroads.

The hotel was rebuilt soon thereafter, and this piece would have been ordered after the fire.

The hotel closed in July 1976 and was later brought down by implosion.

Originally designed as Pattern No. 5078 by Maddock Pottery Co. and "controlled by [Albert] Pick for La Salle Hotel only," this logo (in gold on the green and white on the turquoise) includes a crest on chimney with dog and star inside, and helmet above with acanthus leaves. Refer to La Salle Hotel 2 for an additional image of the logo.