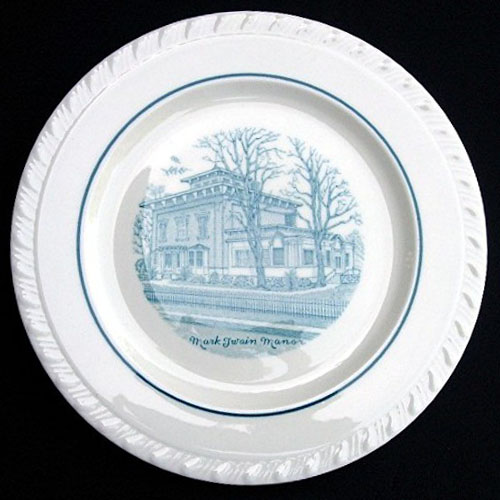 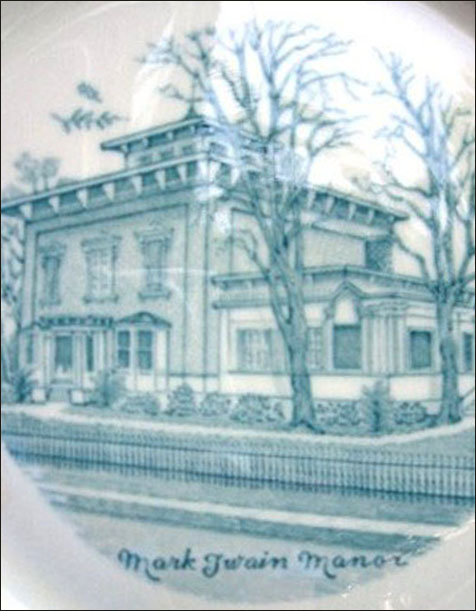 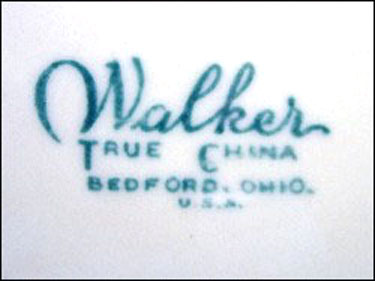 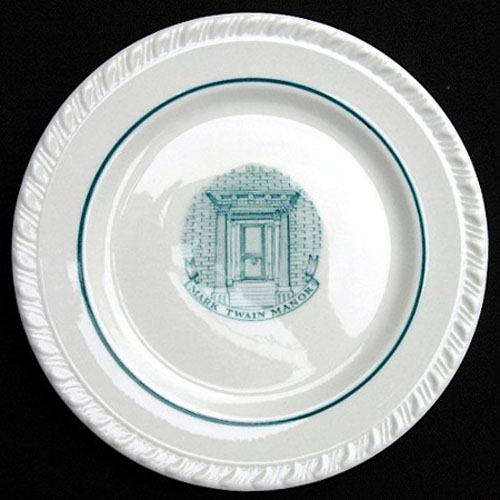 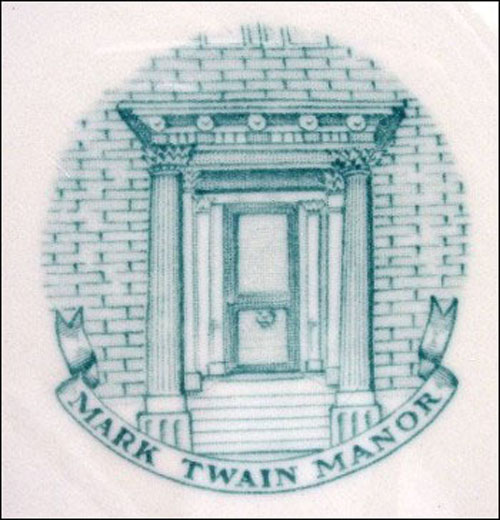 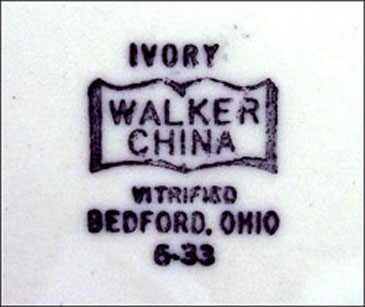 Notes: Mark Twain Manor is the name given to the restaurant housed in the Gibson House located on Liberty Street in Jamestown, PA. Dr. and Mrs. William Gibson built the house in 1856 and Mark Twain boarded there after meeting Dr. Gibson abroad and becoming friends. Twain also used Dr. Gibson as a character in his novel, "Innocents Abroad." Rumor has it that Mrs. Gibson did not appreciate Twain showing up at breakfast attired in his pajamas while living there.

Dinner plate features the image of the Italianate-Victorian style mansion while other pieces of the service show the front door bracketed by columns. Mark Twain Manor is below the images. All decorations are teal and the pieces have a fluted edge. A teal stripe encircles the inner rim on the ivory body.