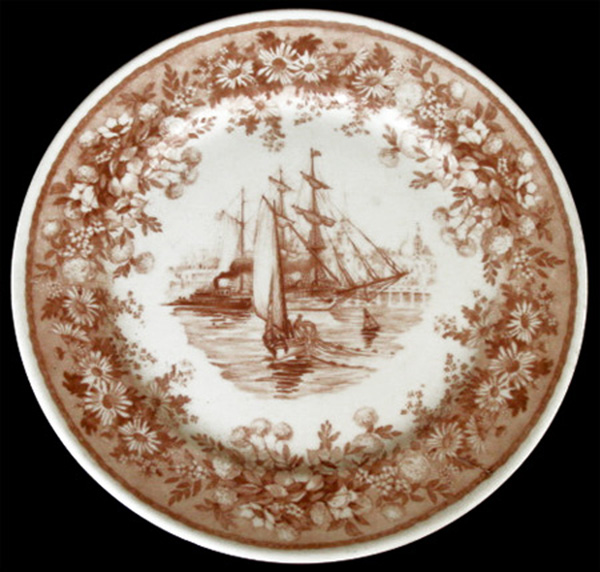 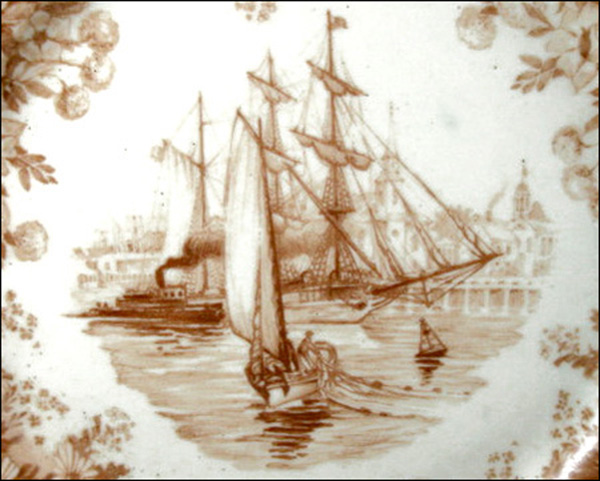 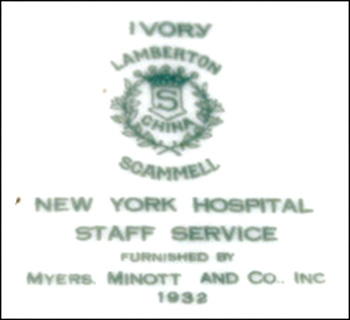 This pattern was backstamped for Staff Service at the New York Hospital.

In 1928, Emil Schnepf, Scammell's chief designer, created a border design of flowers and cotton blossoms that flowed down into the verge area. On December 19, 1928, a patent was applied for this design. The patent was issued August 20, 1929, as Des. 79,269. Among other known customers, it was used in blue by the Beach Hotel and Ship Grill restaurant.

Lamberton China Ivory body with a brown duotone floral border, surrounding a central motif of boats, including a fishing boat, clipper ship and tug, most likely intended to depict the New York Harbor.