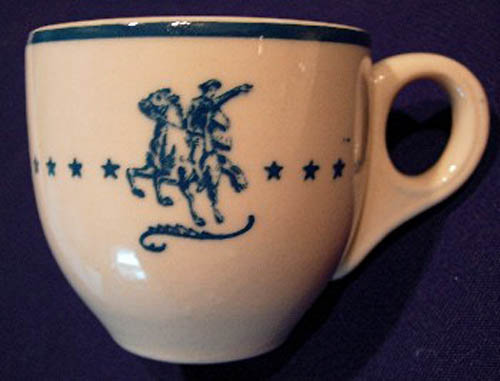 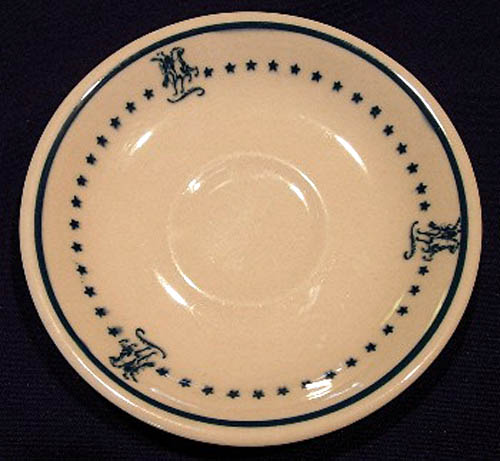 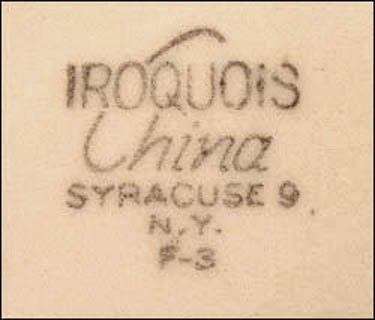 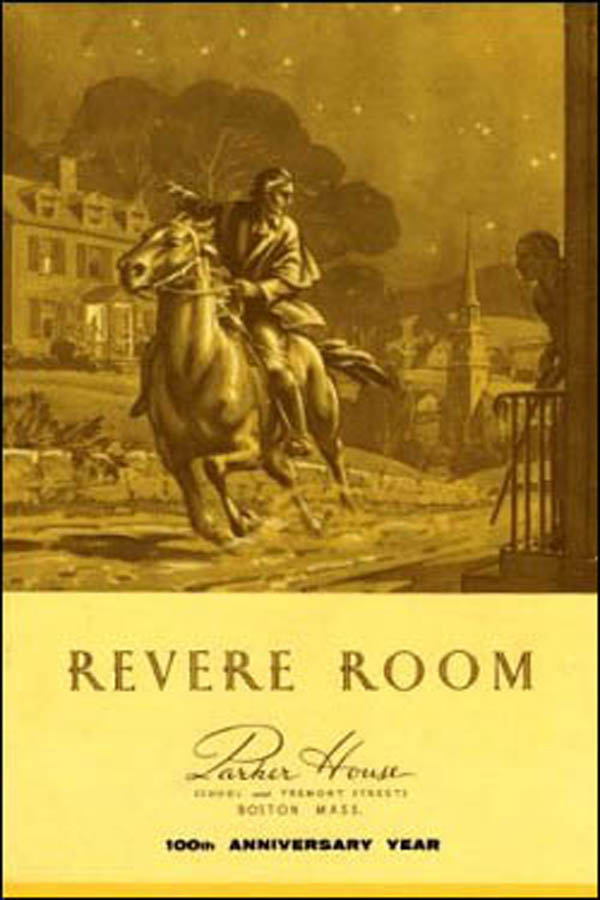 Parker House is credited for the creation of both Boston Cream Pie and Parker House Rolls. One of the dining rooms was called the Revere Room.

Tan body with dark blue image of Paul Revere carrying a musket on his horse with stars and stripes accents.