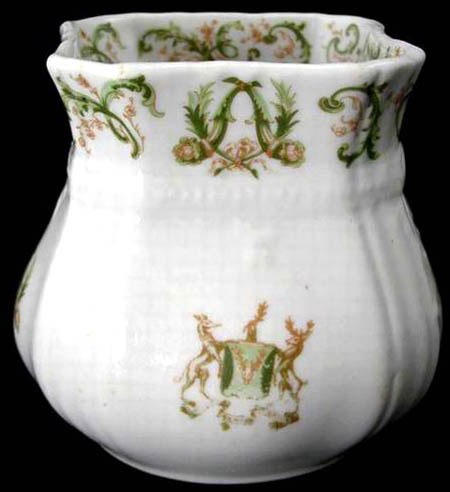 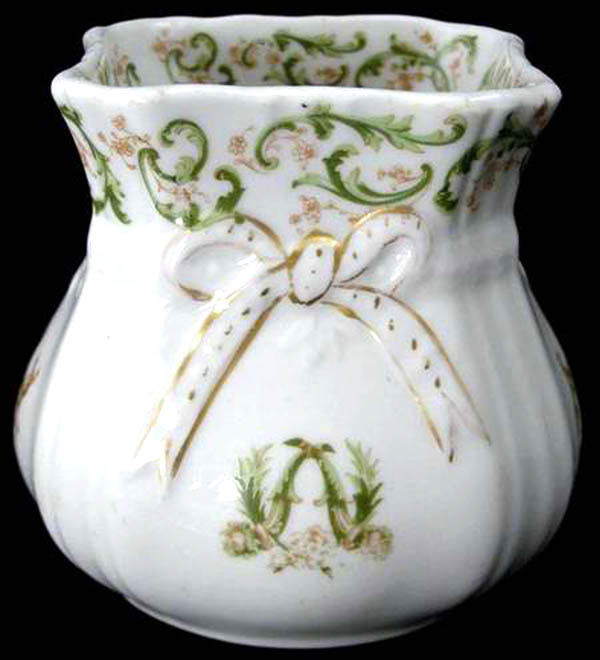 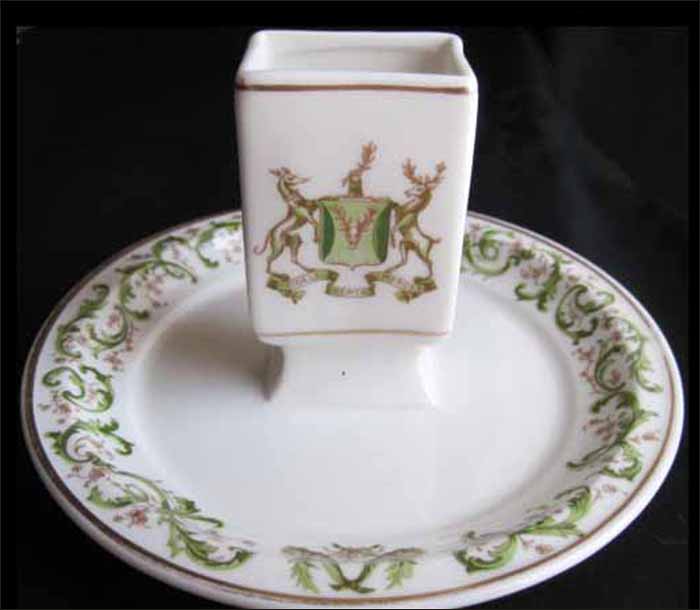 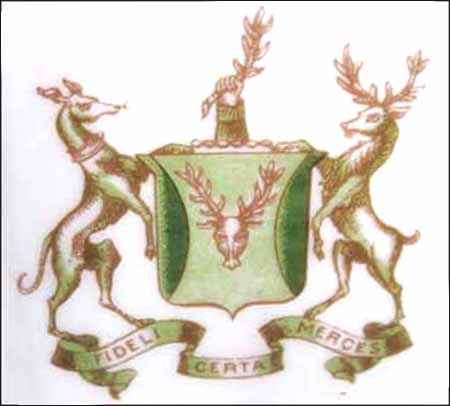 Claude M. Hart, president of the J.R. Whipple Corporation built the "new" Parker House on the site of the original Parker House. The new 14-story, 800-room building opened on May 12, 1927.

Lamberton China white body with acanthus leaves and flowers on both the inner and outer rim in shades of green and brown, coin gold accents. Topmarked with the Deer Head Crest that reads "Fideli Certa Merces," meaning "To the faithful there is certain reward." If you walk the Freedom Trail in Boston, you will pass by the Parker House, where you can see a plate with the Fideli Certa Merces logo displayed in the main lobby.