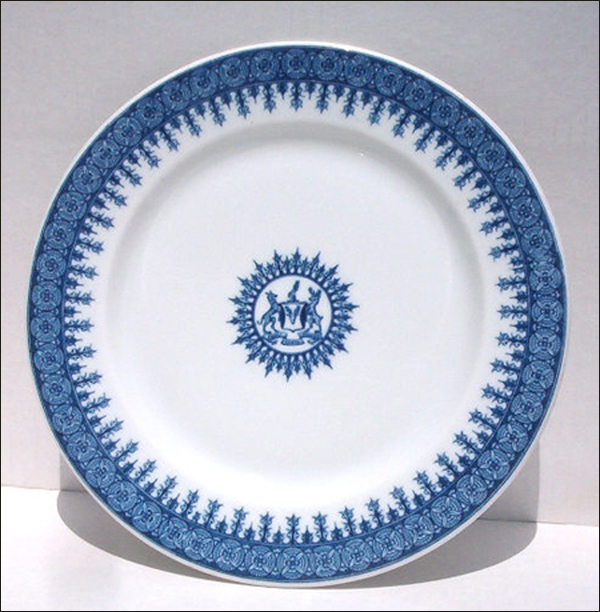 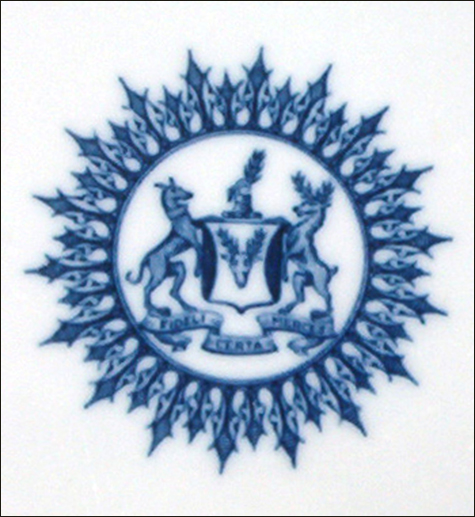 This topmarked plate is decorated with the Deer Head Crest and reads " Fideli Certa Merces," meaning " To the faithful there is certain reward." If you walk the Freedom Trail in Boston, you will pass by the Parker House, where you can see a plate with the Fideli Certa Merces logo displayed in the main lobby.

White body with blue border decoration and crest. This border pattern was part of the Syracuse China 46100 Series, available in 14 colors.