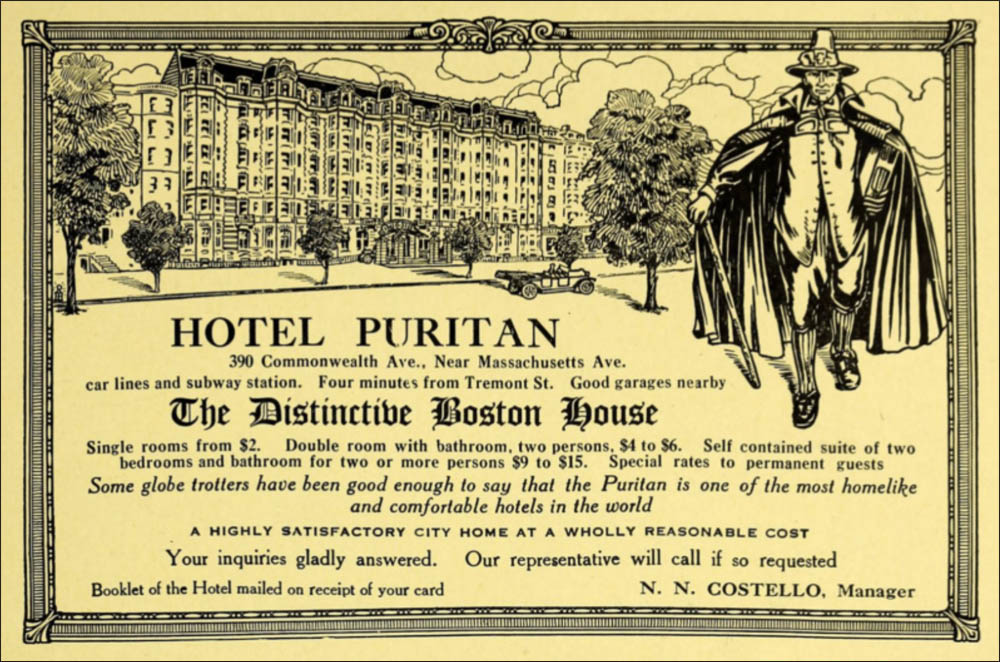 Mr. D. William Scammell's New England contact book, from around 1925, has a pattern listing for the Puritan in the Mitchell Woodbury section. It is "#2250 Rose Bud Border" with "No Lines." Although no surviving example of this pattern as made for The Puritan is known, Scammell made the pattern for the Belvedere Hotel in Baltimore. For that hotel it was used as a service for afternoon tea dances, so it may have served the same purpose in The Puritan. Items in this pattern for The Puritan may be back stamped "Mitchell Woodbury Co."