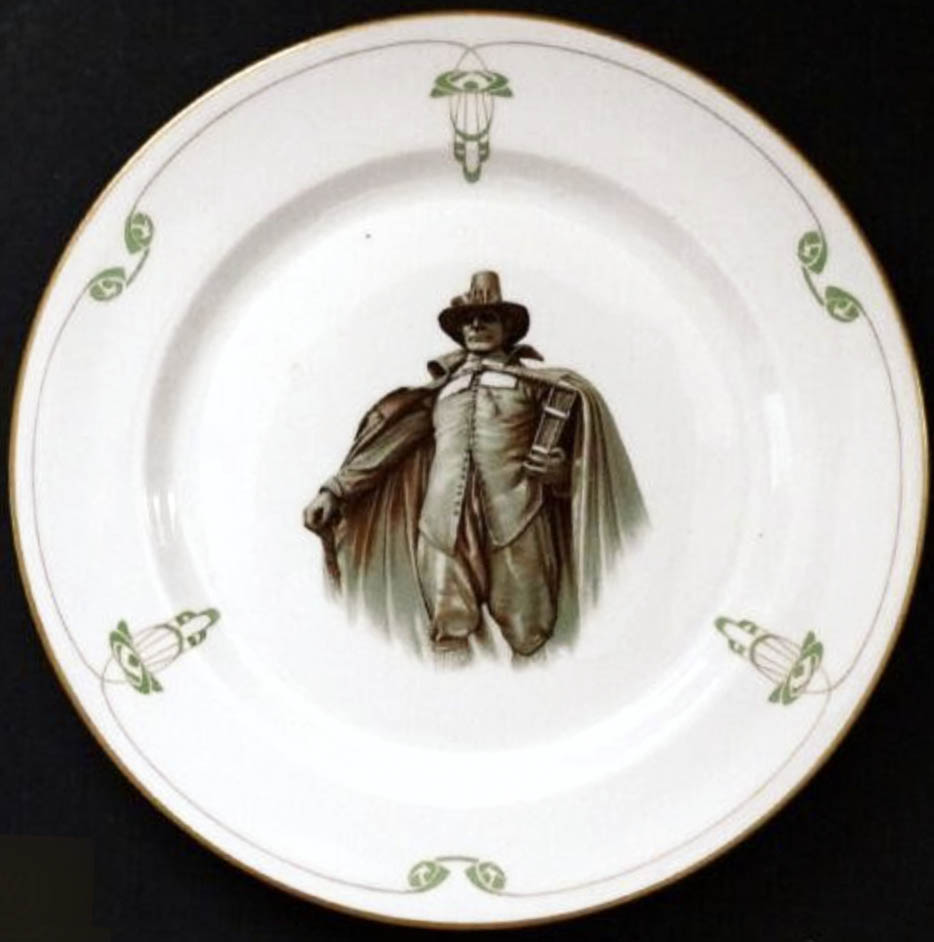 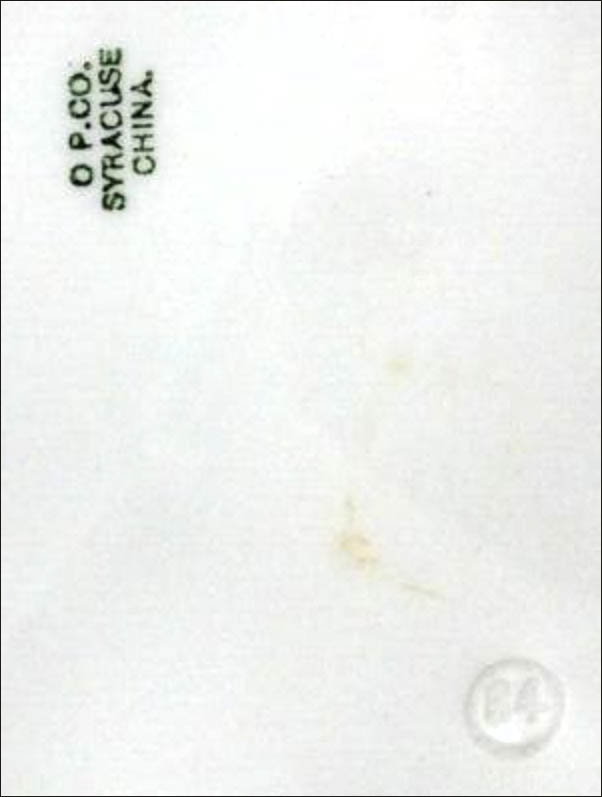 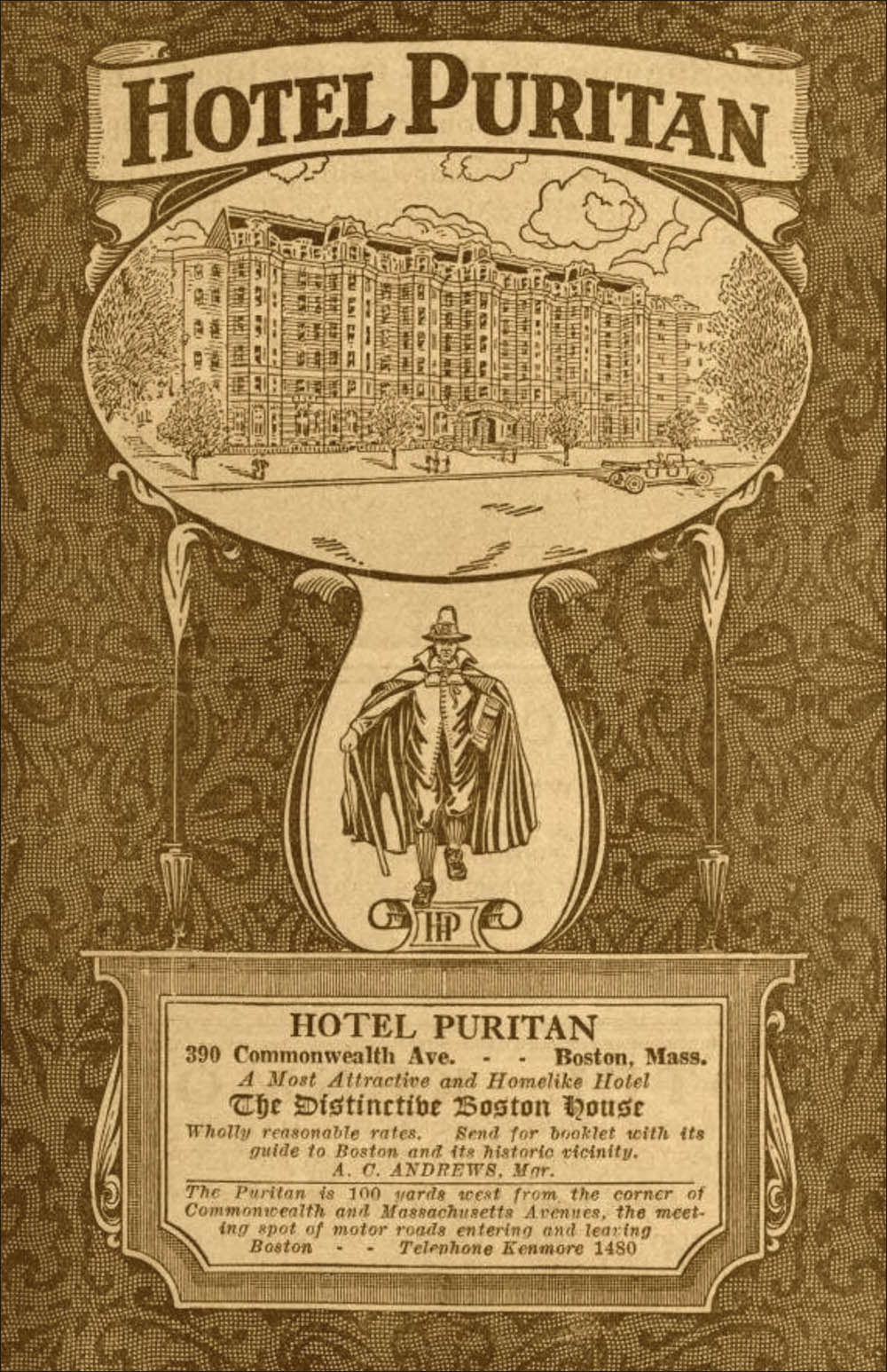 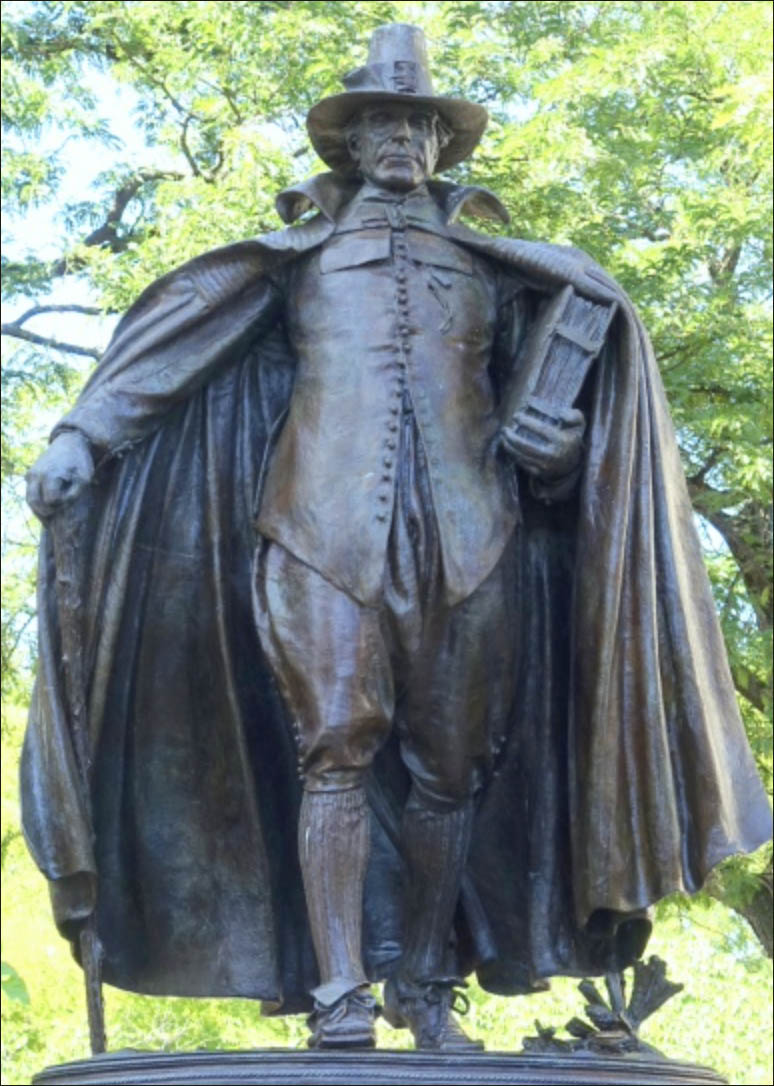 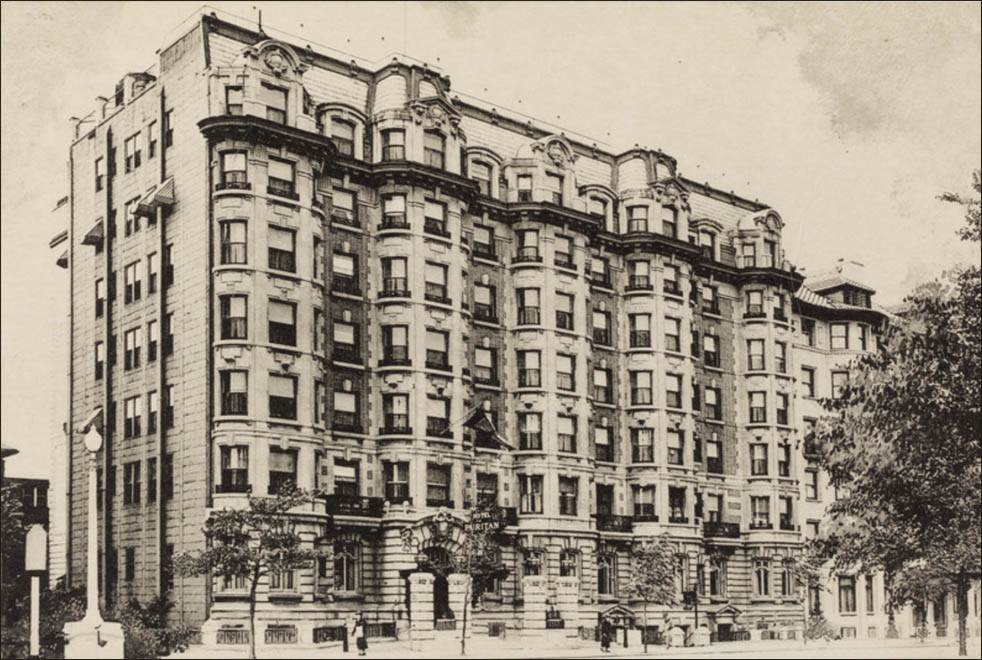 Syracuse made 10 1/4" plates crested in the center of the well with a large illustration of a Puritan. This illustration is based on "The Puritan" a bronze statue by sculptor Augustus St. Gaudens. The statue was unveiled in 1887 in Springfield, Massachusetts. It depicts Deacon Samuel Chapin, who settled in Springfield in 1642. The green and gold decal border ornaments are shown in Syracuse pattern sample books as "Thebes." The impressed circle date code with "84" indicated these plates were made September 1910.