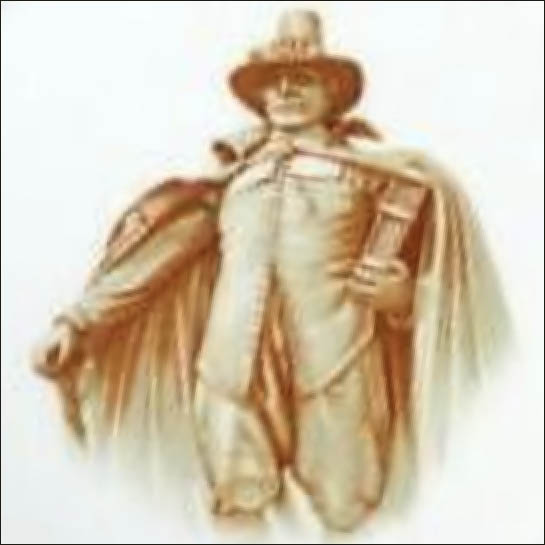 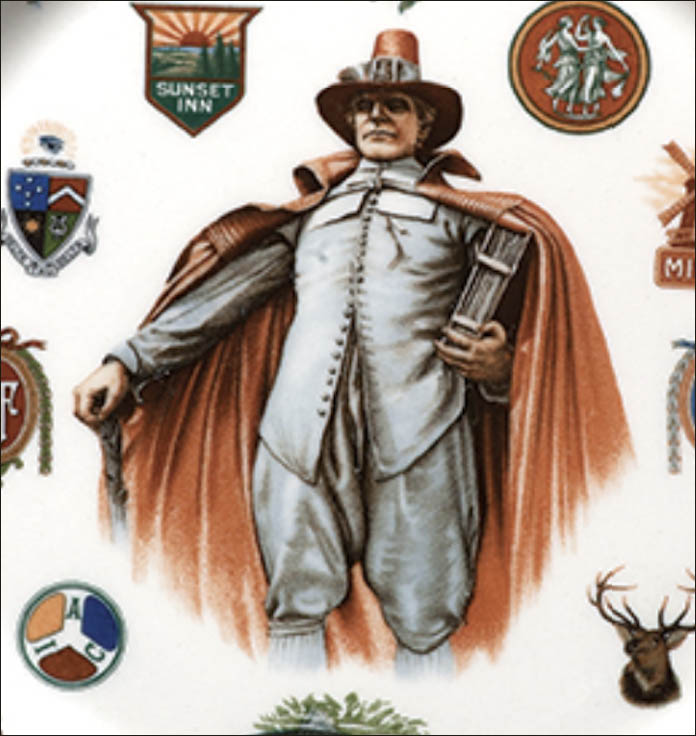 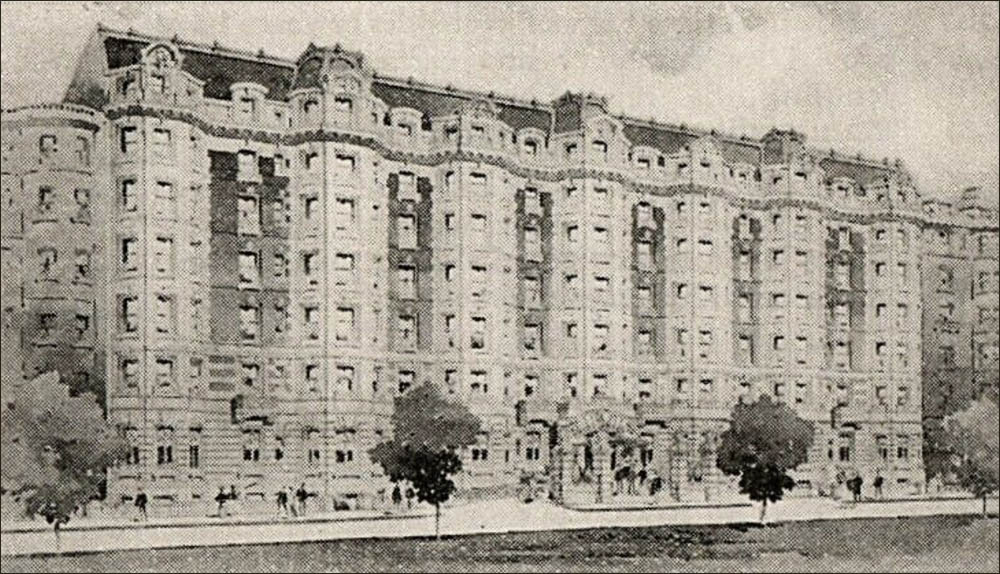 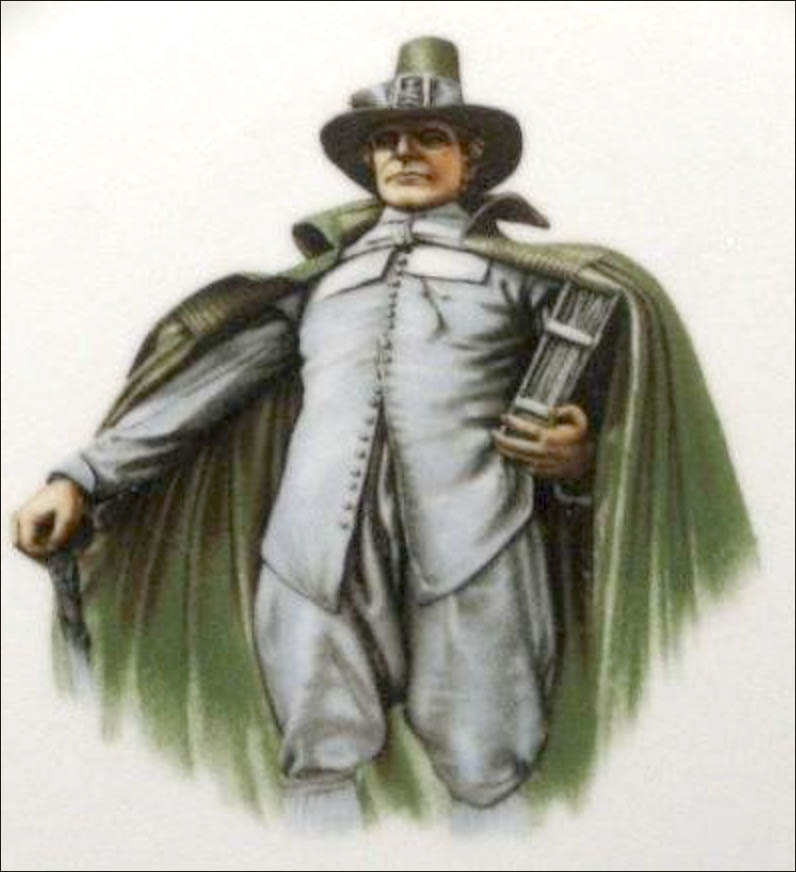 Syracuse made 10 1/4" plates crested in the center of the well with a large brown and gray green illustration of a Puritan. This illustration is based on "The Puritan" a bronze statue by sculptor Augustus St. Gaudens. The statue was unveiled in 1887 in Springfield, Massachusetts. It depicts Deacon Samuel Chapin, who settled in Springfield in 1642. The blue border is flanked by coin gold pin lines. The impressed diamond back stamp date code indicates these plates were made between January 1912 and January 1919. The number on the known example is not clear enough to read.

Syracuse sample plates from around 1915 show two other versions of The Puritan statue crest, indicating that Syracuse made other china patterns for The Puritan.