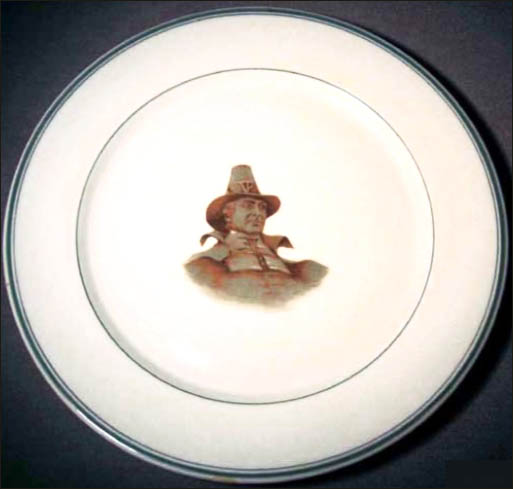 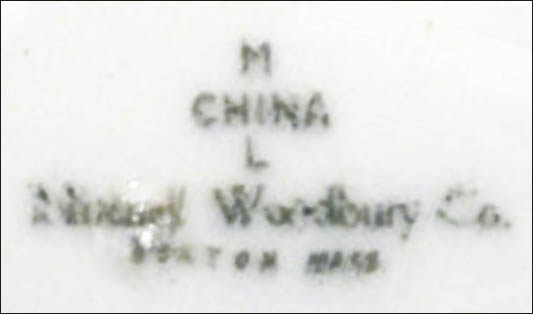 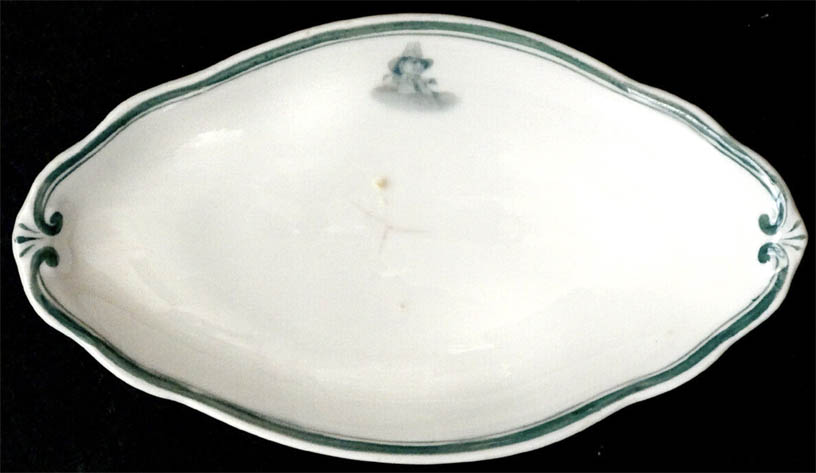 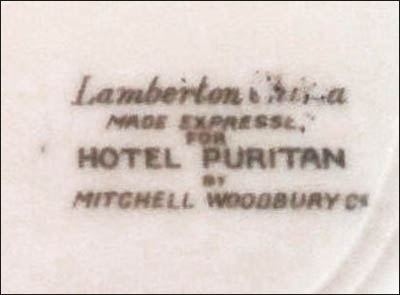 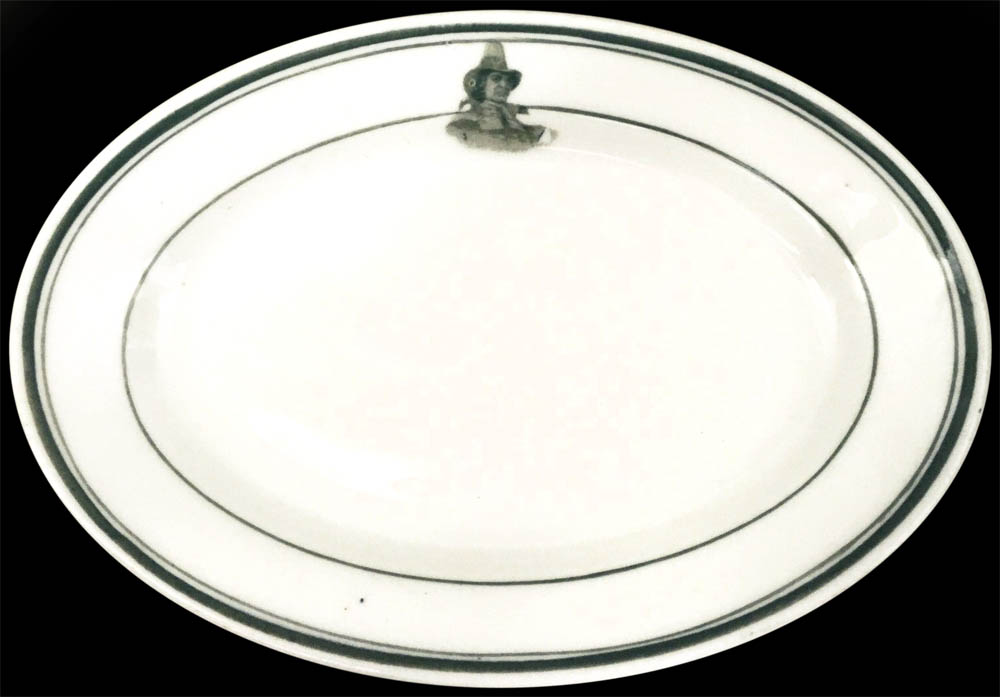 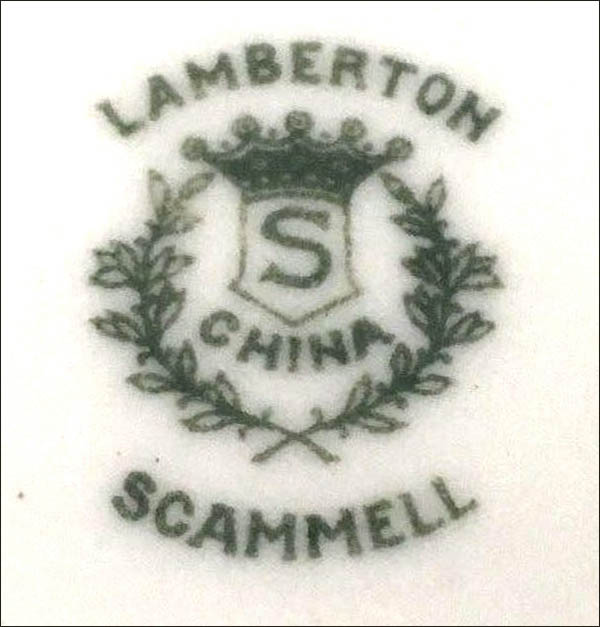 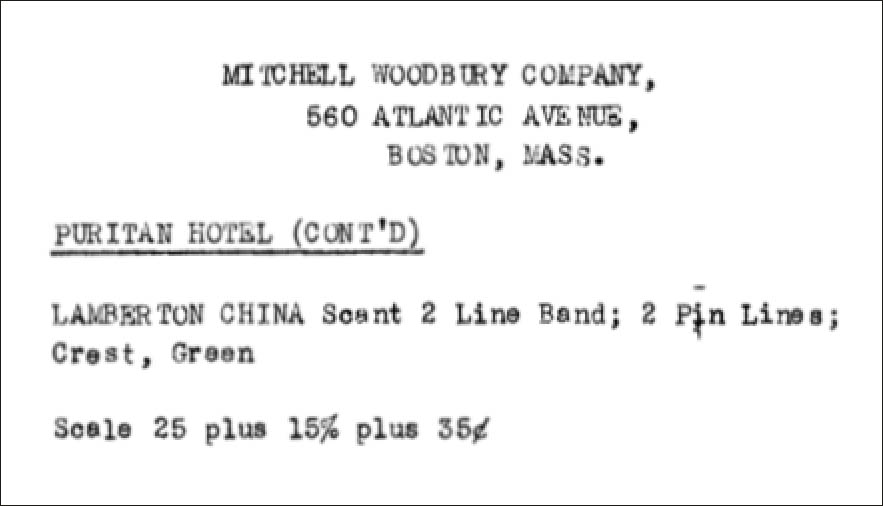 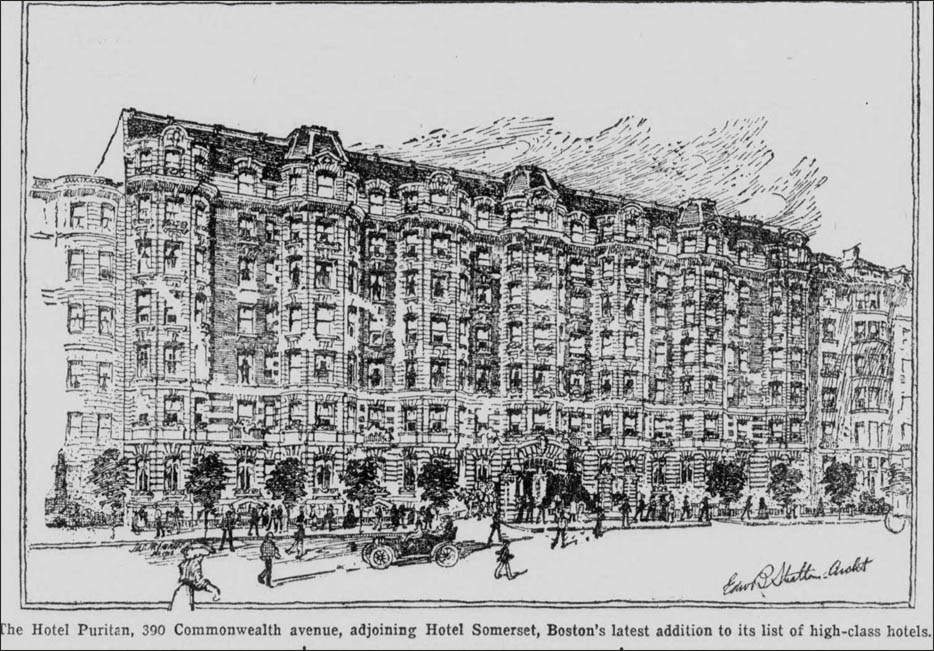 Maddock produced Lamberton China crested with the bust of a well-dressed Puritan gentleman in a tall hat. On large plates the crest is in the center of the well. On smaller items the crest is on the rim below two green rim lines and flanked by the green pin line at the verge. The original china orders were made by Maddock and supplied by Mitchell Woodbury. After the company became Scammell China, in 1924, it continued to produce this pattern. It is shown in Mr. Scammell's circa 1925 customer contact book.