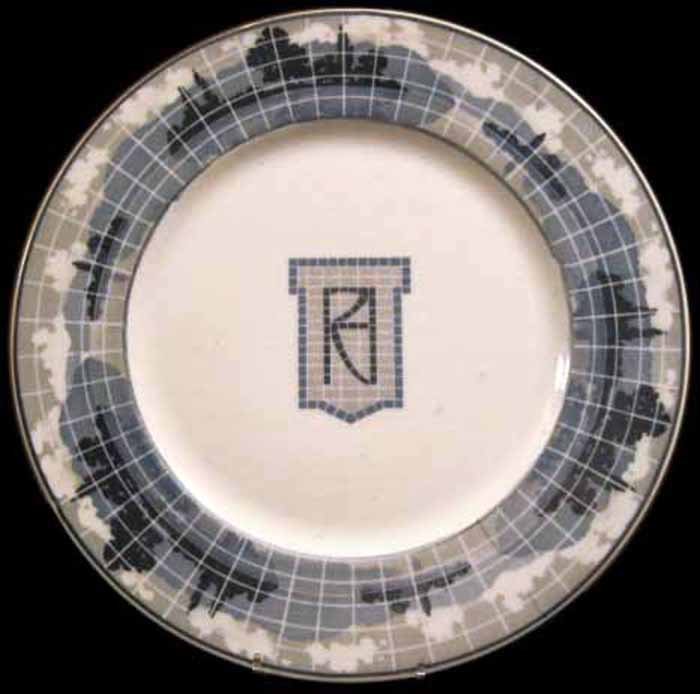 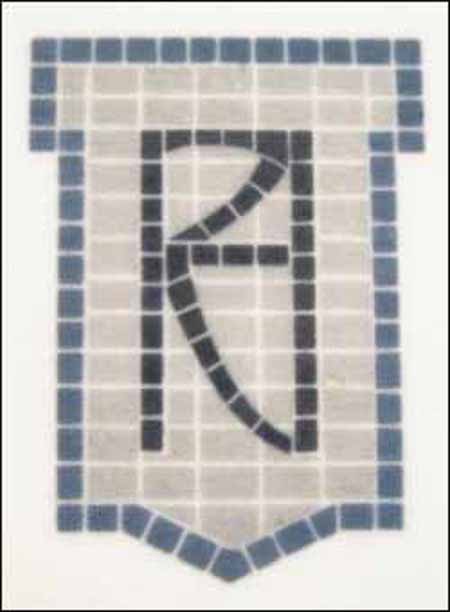 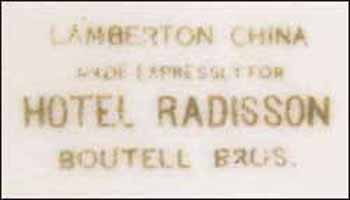 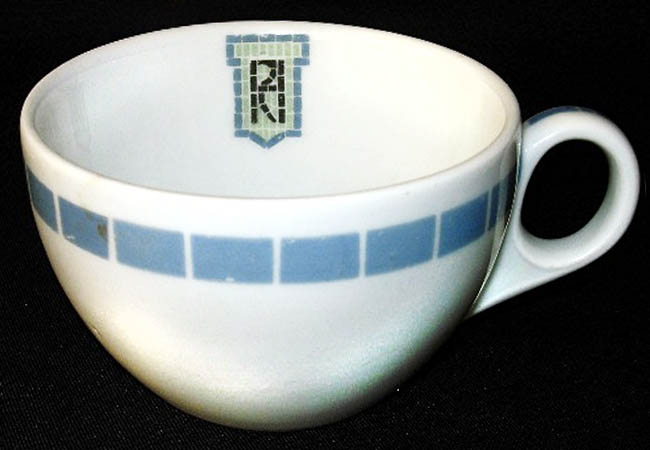 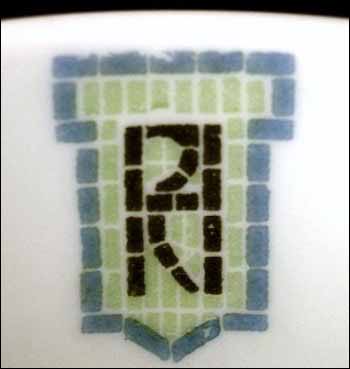 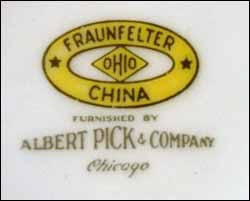 Plate: Lamberton China white-bodied service plate with white clouds, mountains, islands with reflections in the water on the rim. A tile-like crest in blue and grey is in the well of the plate with the letters RH.

Cup: White body with a tile-like crest in blue and grey with the letters RH, blue blocks around the rim.

This pattern with the same RH logo was also made by Greenwood China.