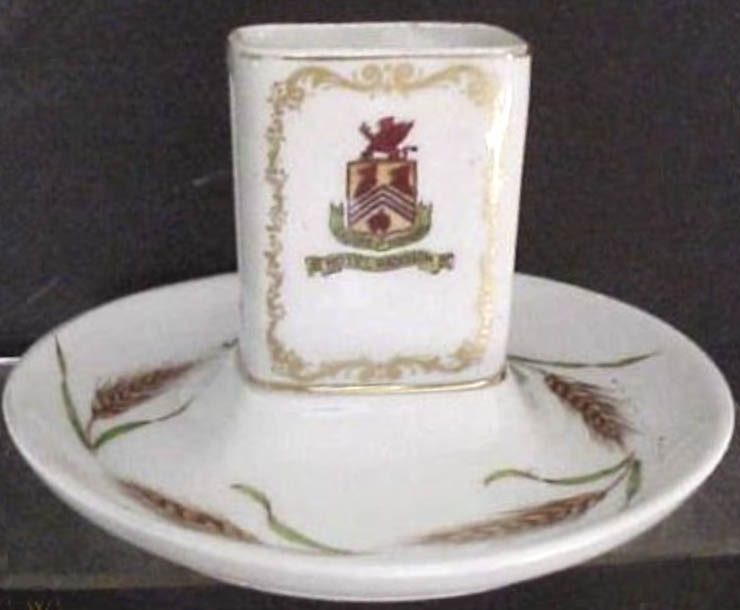 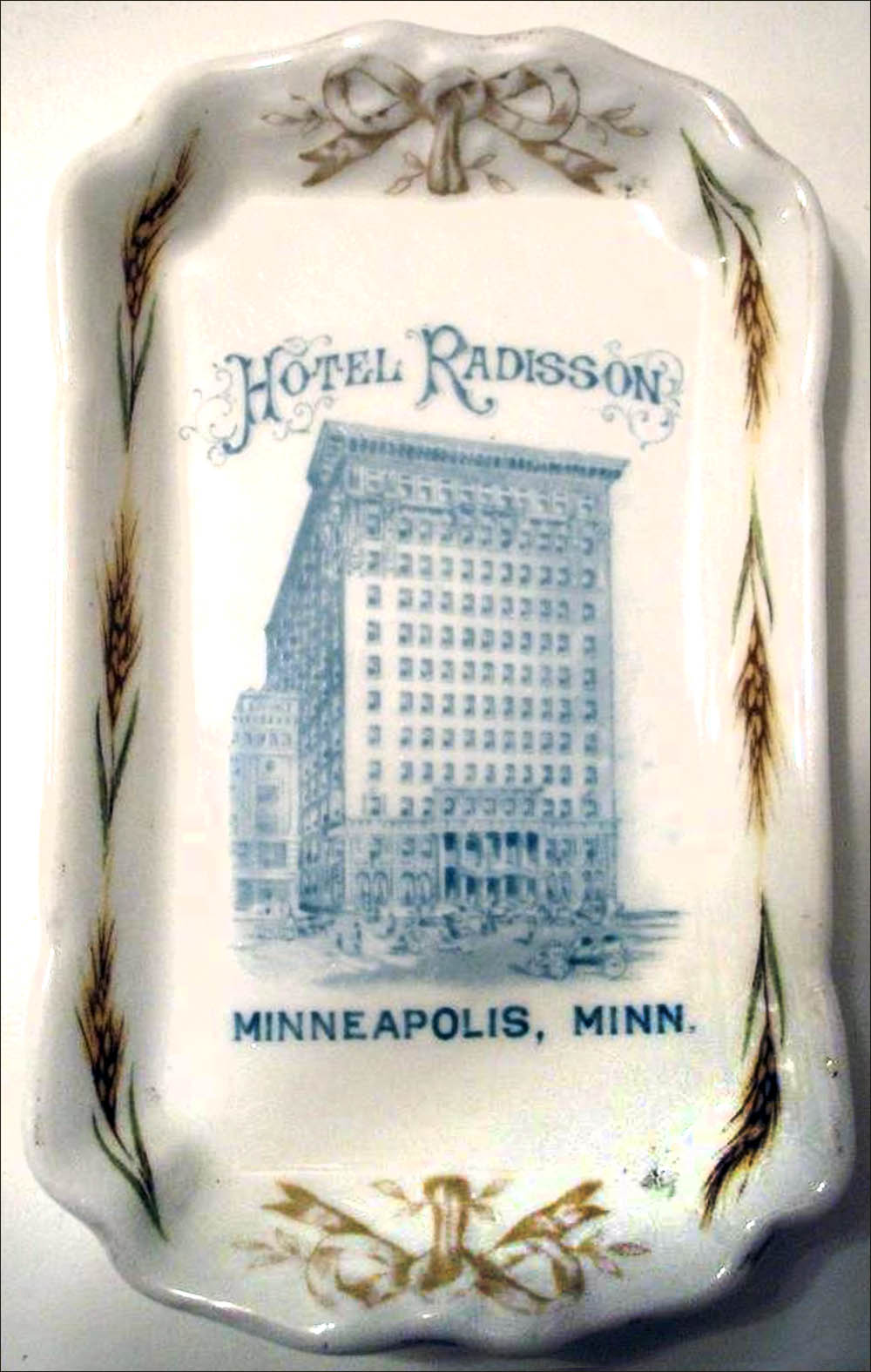 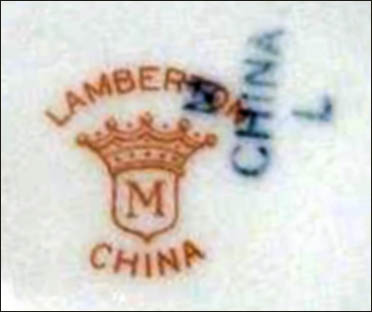 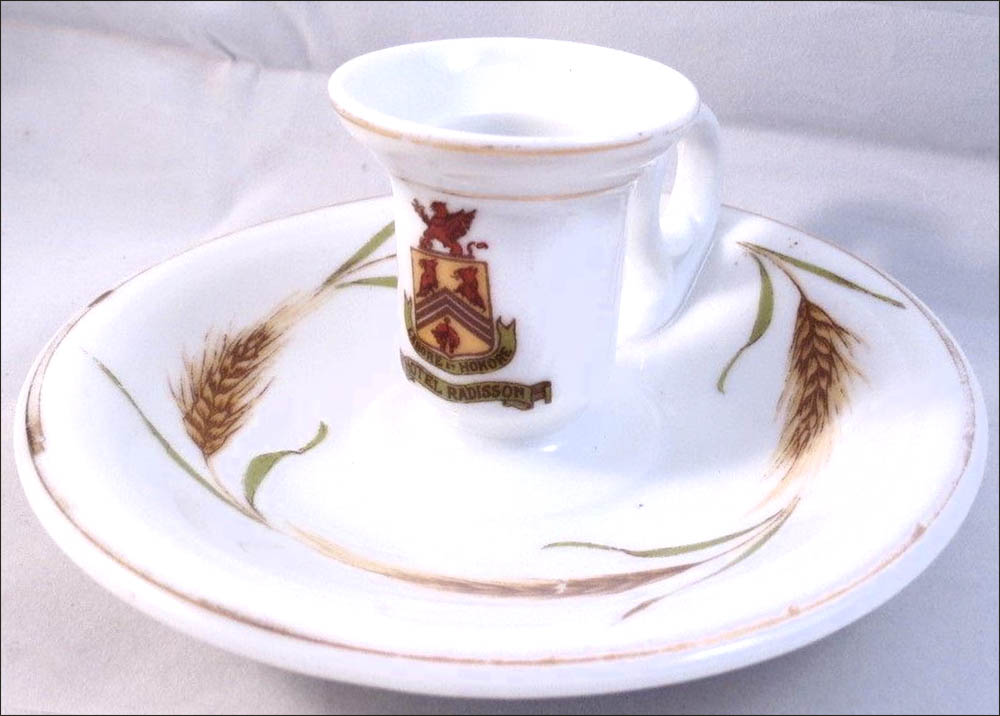 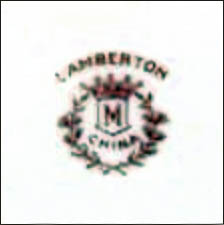 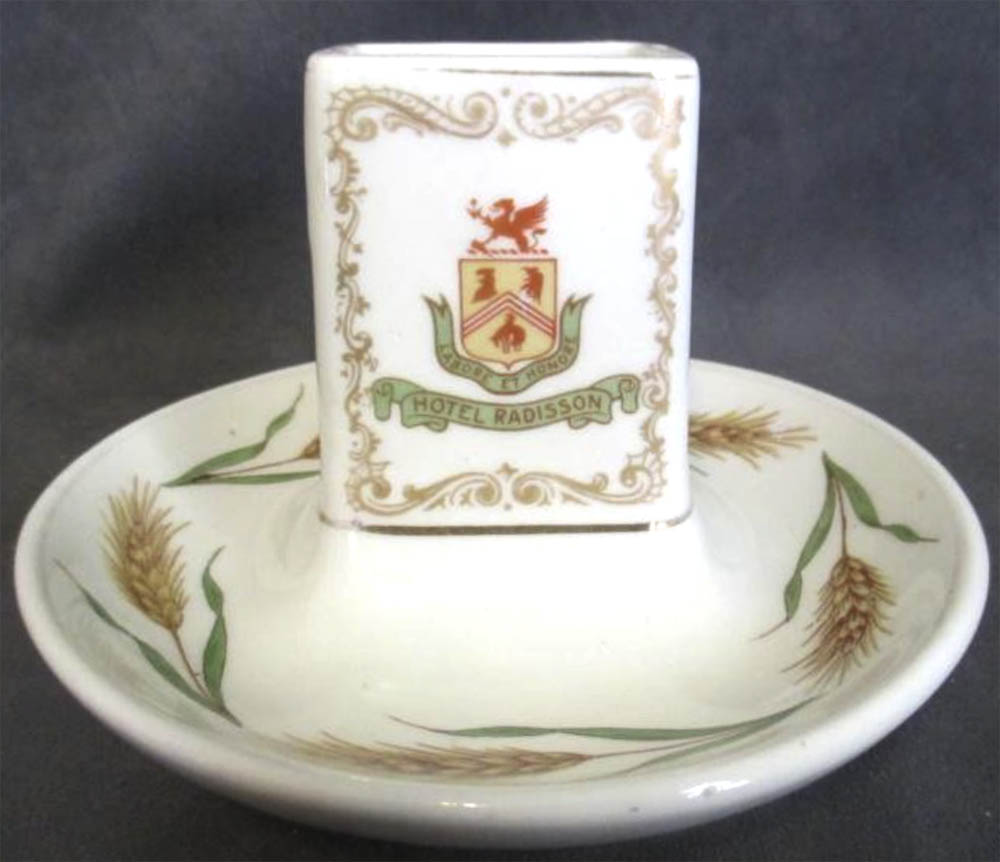 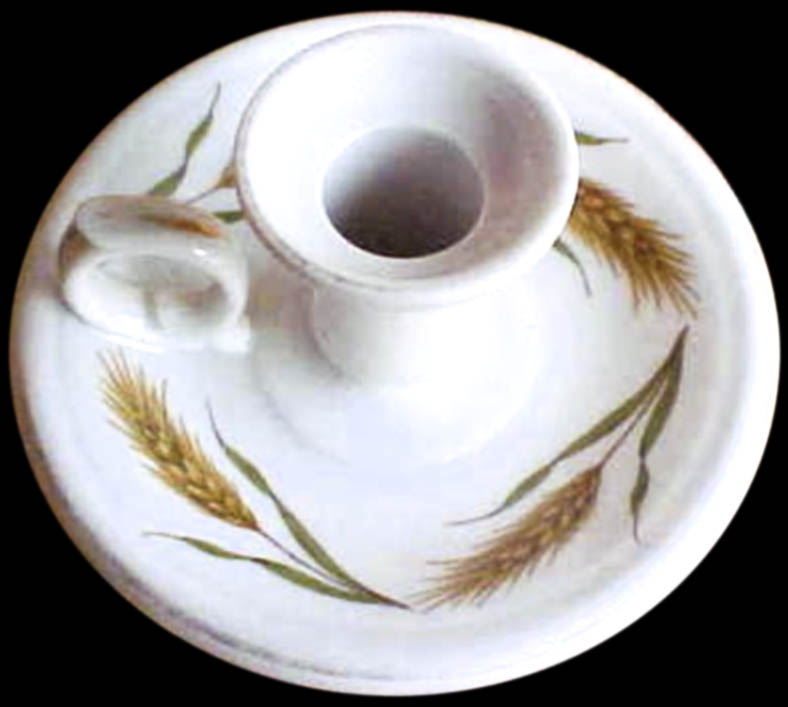 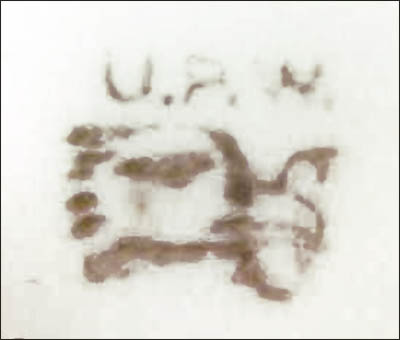 The Radisson bedroom china service is decorated with decal wheat sprays. The Radisson shield crest is a multi-color decal. It was made by Union Porcelain Works, Warwick, and Maddock Pottery. Some of the Lamberton candle holders were made  in Germany by Schwarzburg and decorated in Trenton by Maddock.

Pin trays, with an illustration of the hotel, were given to guest at the opening banquet in 1909 as souvenirs of the event.