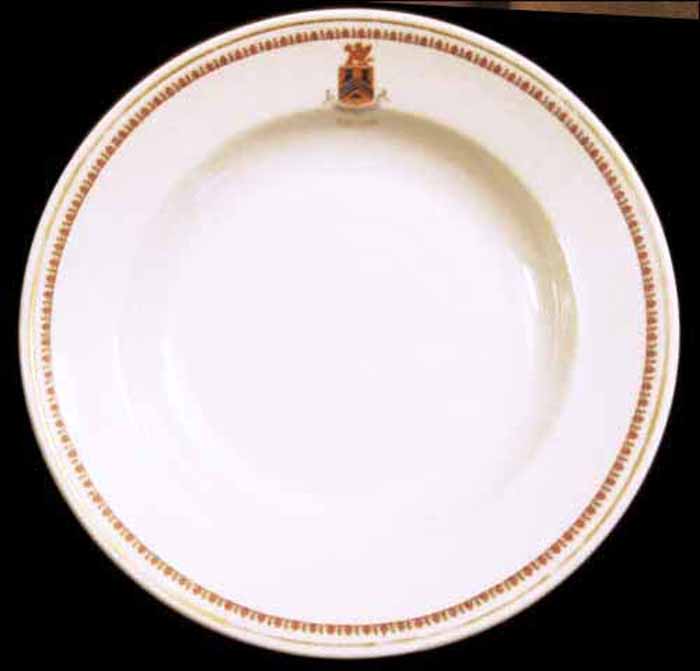 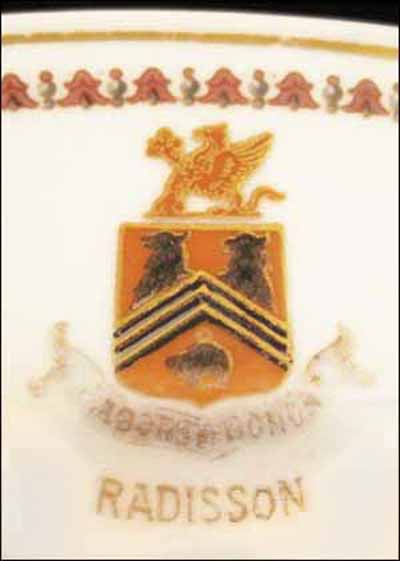 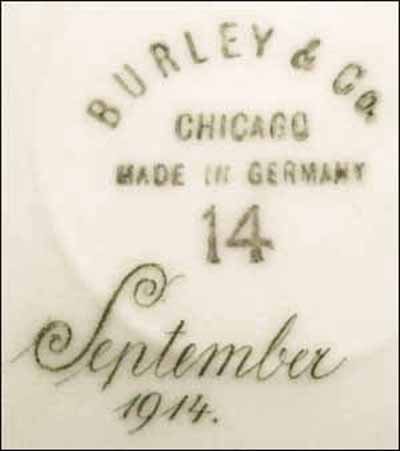 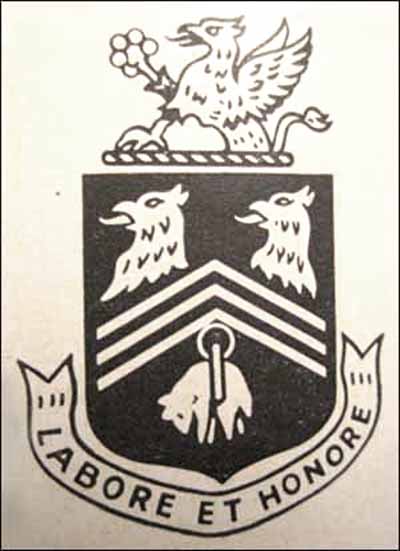 White-bodied soup bowl with a coin gold line on the rim and a band of red and green decorations inside. The crest, consisting of two griffon heads, three chevrons plus a hanging animal and topped with a griffon, is outlined in coin gold with the words "Labore et Honore" (Work and Honor) in a banner below. Beneath is the name RADISSON.