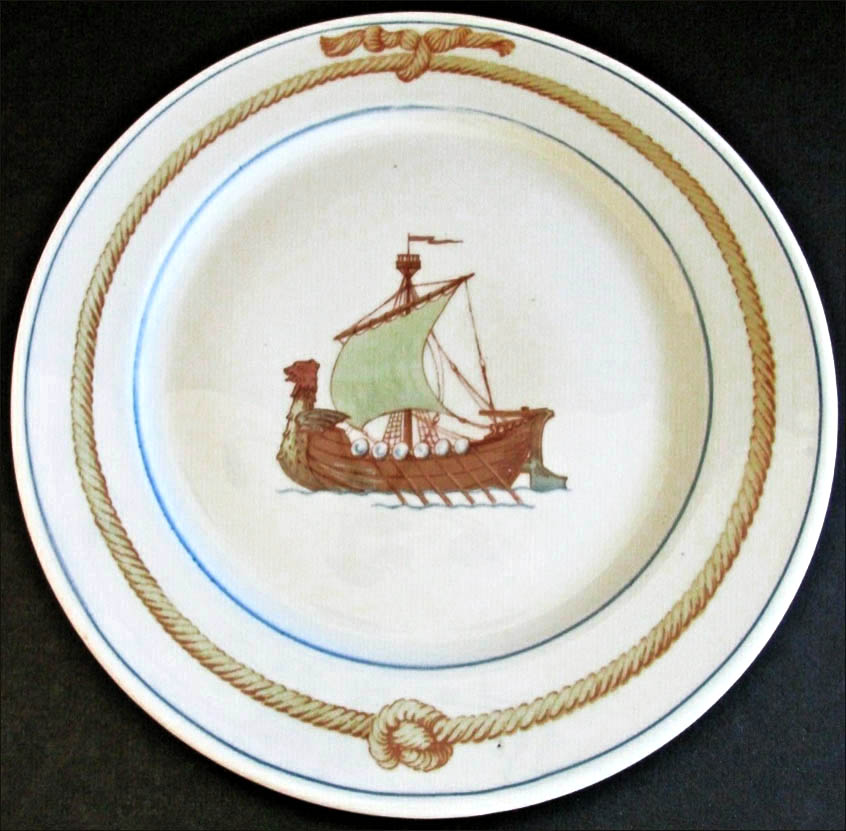 Plate used in the Viking Room 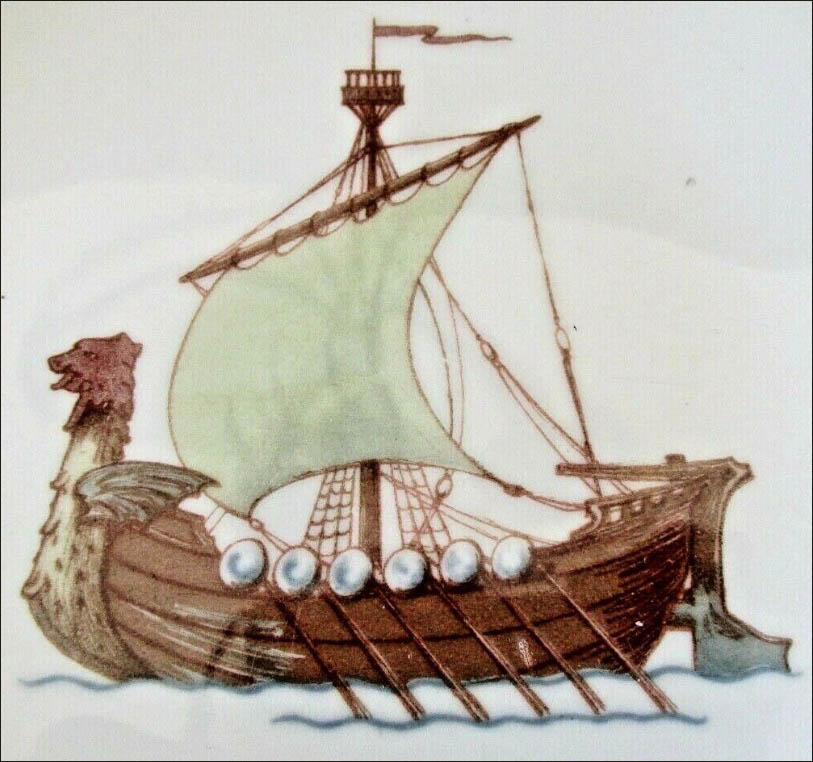 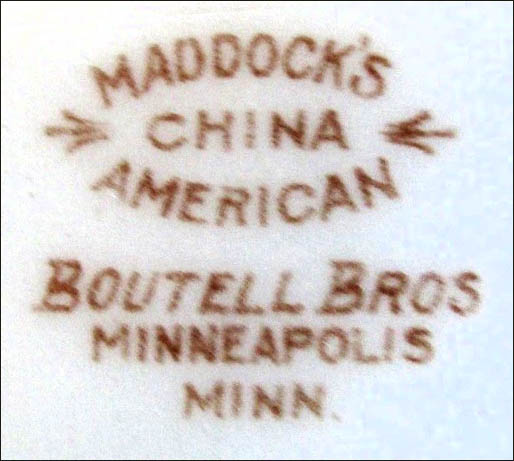 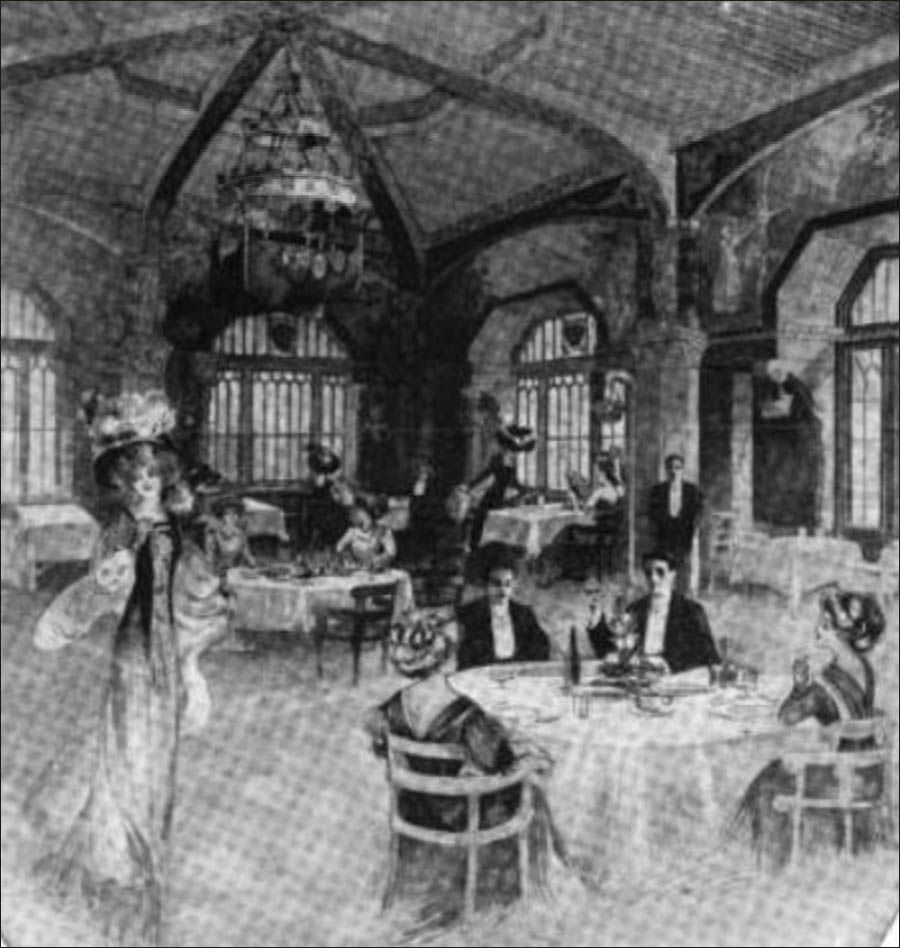 The Viking Room at the Radisson Hotel 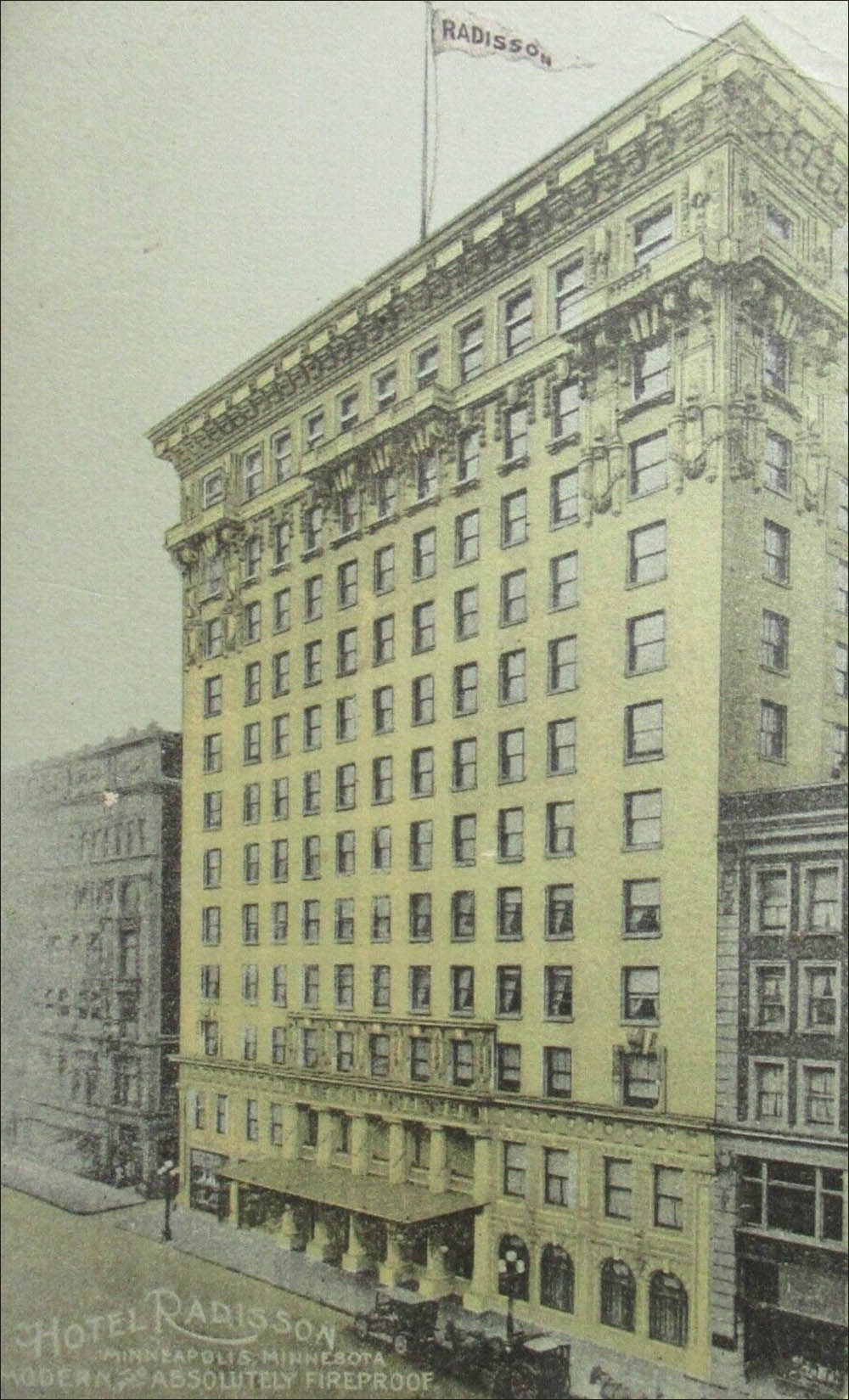 The 100-seat Viking Cafe was located to the left of the office lobby. It was decorated in the ancient Norsk style with paintings by Arthur Wilbery. A Viking ship, hammered out of silver, hung from the center of the ceiling.

Maddock made service plates with a decal illustration of the Viking ship in the center of the well. The rope border in the center of the rim is flanked by blue rim and verge pin lines.  The back stamp indicates that the plate was done on American China base, and supplied by Boutell Brothers, of Minneapolis.