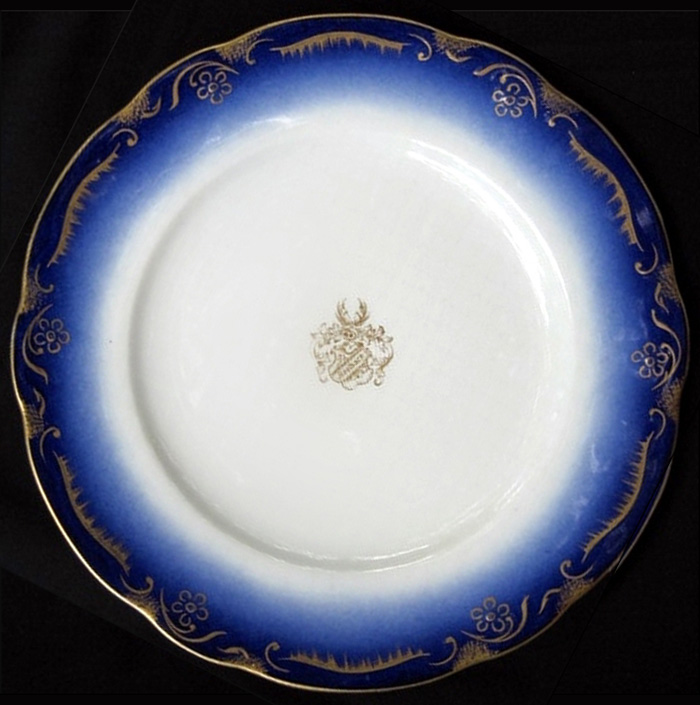 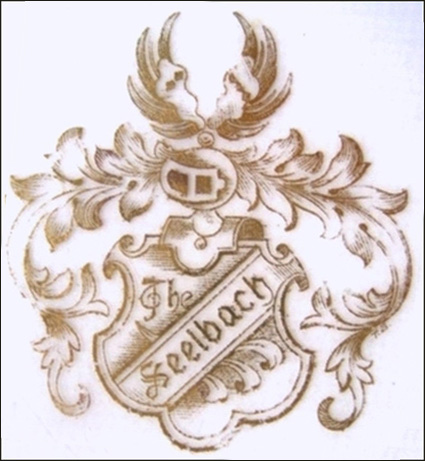 Notes: In December 1903, construction began on the ten-story, 200-room Seelbach Hotel located at 500 4th Avenue and Walnut Street in Louisville, Kentucky. On May 1, 1905, Louis and Otto Seelbach opened the 10-story, luxurious Seelbach Hotel to an estimated 25,000 people that day. The lobby was crafted of marble with bronze trim and against one wall was a fountain by Rookwood.

During the 1920s the hotel became the setting for rousing Jazz Age parties and receptions. The hotel continued to turn a profit into the 1960s, then began to decline; it closed July 1, 1975.

The hotel was purchased in 1978, and after four years and $24 million, the hotel reopened in April 1982 with 324 rooms and suites. The hotel was added to the National Register of Historic Places in 1985 and is the Seelbach Hilton in 2015.

Cleota Reed and Stan Skoczen descibe this decorating technique in detail in their book, Syracuse China:

"Tradition has it that though [Elmer] Walter created the design and worked out the (new for Onondaga Pottery) technique, Harlow Pierce was the only person who decorated "Blue Plum." To start, a print from a copper plate was transferred in the usual way to glazed ware. Pierce then shaded the print with a mouth-blown air-brush application of blue cobalt. This was the first time this technique had been used in the department. The ware was placed in saggers with a small amount of flow blue powder (cobalt oxide), which, during the firing, owing to the volatile nature of cobalt, caused the blue to flow and blend into the print. The ware was gilded in another operation."