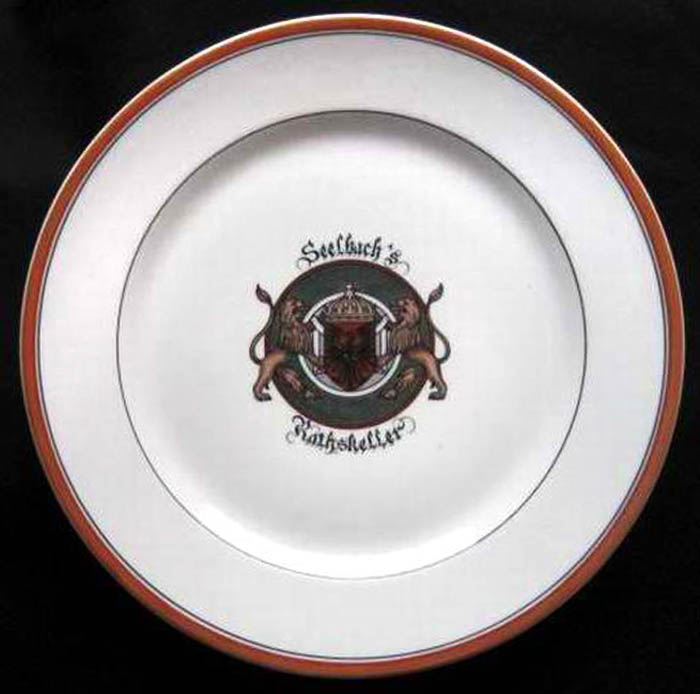 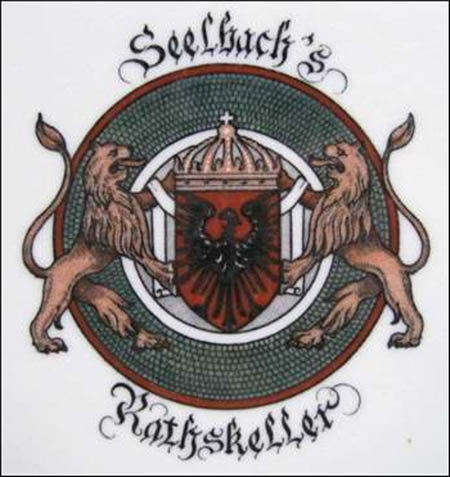 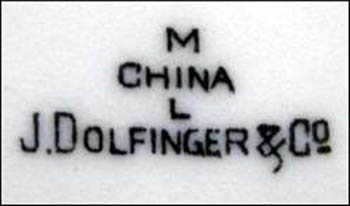 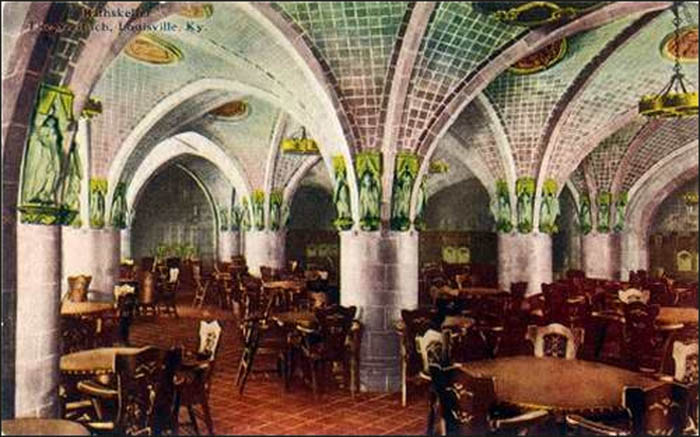 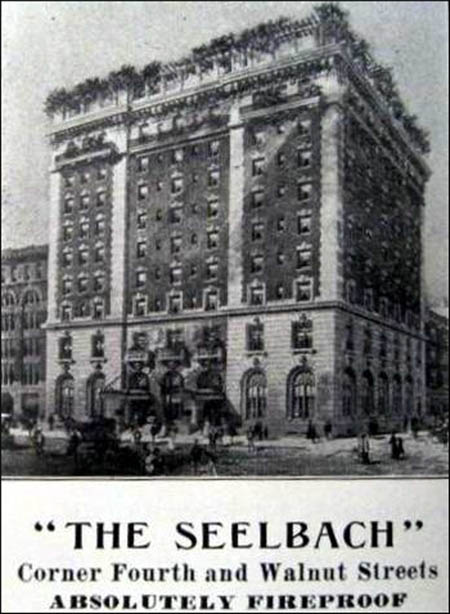 Notes: Located at 500 Fourth Street in Louisville, Ky., the Seelbach Hotel was designed in the Neo-classical style by F. M Andrews & Co. and built by Louis and Otto Seelbach. The ten-story, 200-room hotel opened May 1, 1905.

The hotel was so popular, the Seelbach brothers began an addition in the fall of that year. Completed on January 1, 1907, the expansion included the famous Bavarian-style Rathskeller. The 70' room was covered with $40,000 worth of Rookwood tile on the floor, walls, and ceiling; and a hand-painted leather ceiling over the 56' bar. The rooftop garden was also enclosed to make it a functional winter garden as well. In 2011, the Rathskeller remains the only surviving Rookwood tiled room of its kind.

Al Capone played cards at the Seelbach; F. Scott Fitzgerald was banned from the hotel for "one too many;" and the Hollywood Classic, The Hustler, with Jackie Gleason and Paul Newman, featured scenes shot in the old billiard room, now the Oakroom, the hotel's 5-diamond restaurant.

The Rathskeller was closed during Prohibition and reopened when repealed. The hotel closed July 1, 1975 and reopened in April 1982. It was added to the National Register of Historic Places in 1985; and is the Seelbach Hilton in 2011.

In 1869, the Bavarian-born immigrant, Louis Seelbach, arrived in Louisville, Ky. to learn the hotel business. He worked for the Galt House for a time and circa 1874, opened the Seelbach Bar & Grill. His brother, Otto, joined him from Germany (circa 1890), and they formed the Seelbach Hotel Co. In 1891, they opened their first hotel above the Seelbach Bar & Grill at 6th & Main St. The 1894 Hotel Red book lists it as, SEELBACH'S EUROPEAN HOTEL. By 1913, the Seelbach Hotel Company was comprised of Charles, Louis, Otto, and William Seelbach; the company also operated The Old Inn, corner of 6th & Main Sts; and The Victoria, 10th & Broadway. Louis died in 1925.

White Lamberton China body 9.75" dinner plate with a deep orange band and black line on the rim and a black line on the verge. Logo of two rampant lions holding shield with German eagle in black and crown above. Over logo is Seelbach's, and under logo is Rathskeller.