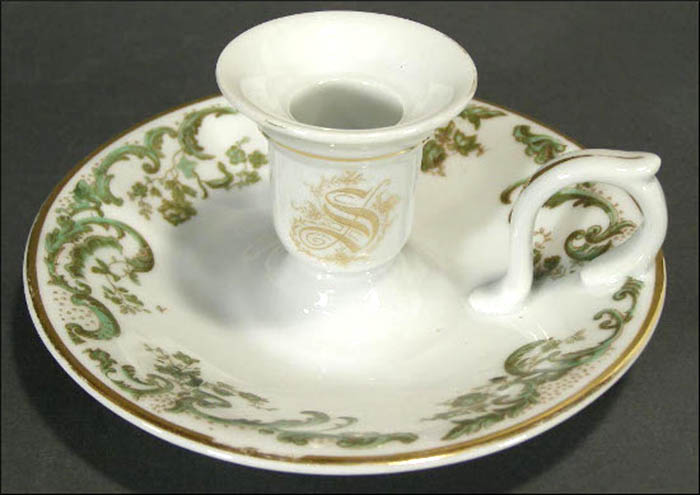 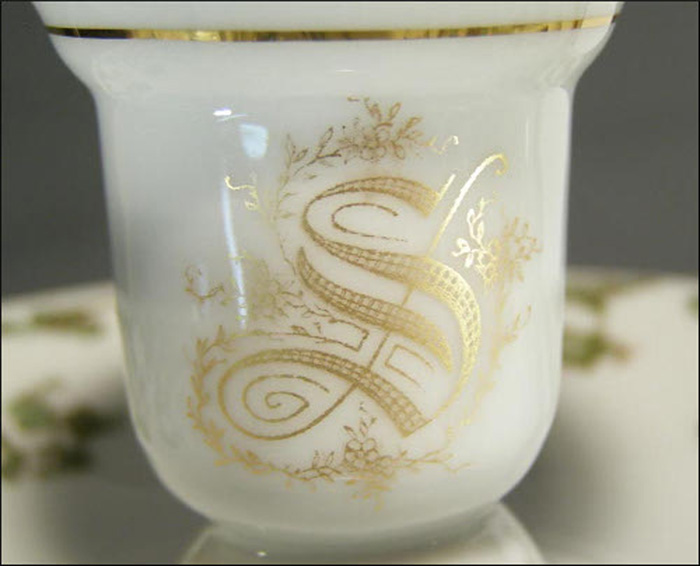 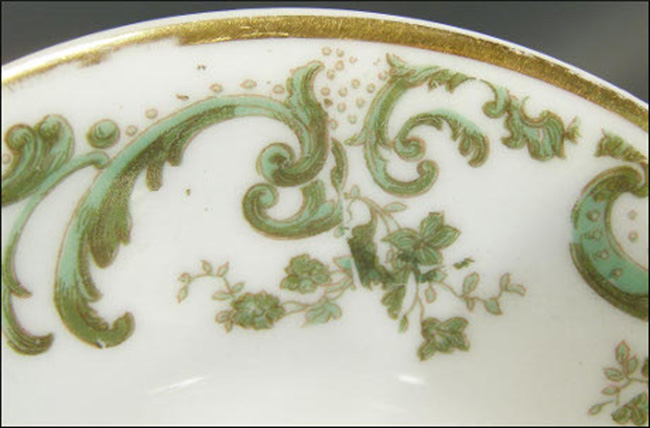 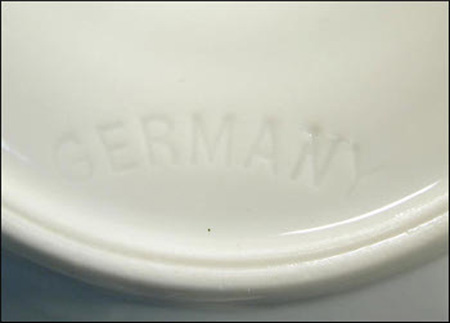 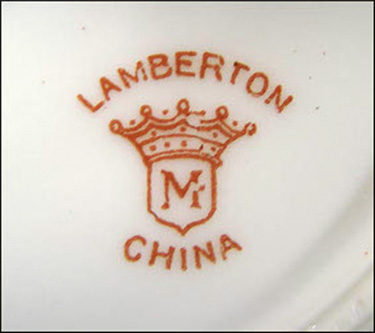 On May 1, 1905, Louis and Otto Seelbach opened the 10-story, luxurious Seelbach Hotel to an estimated 25,000 people that day. The china pattern shown below furnished all of the hotel's 200 guest bedrooms. The lobby was crafted of marble with bronze trim and had a Rookwood fountain against one wall.

During the 1920s the hotel became the setting for rousing Jazz Age parties and receptions. The hotel continued to turn a profit into the 1960s, then began to decline, and closed on July 1, 1975.

The hotel was purchased in 1978, and after four years and $24 million, it reopened in April 1982 with 324 rooms and suites. The hotel was added to the National Register of Historic Places in 1985 and continues as the Seelbach Hilton in 2015.

The Maddock Pottery Company imported the candle holder shown below as bisque ware from Germany and decorated it at the Lamberton Works. The candle holder is crested with a large ornate Old English-style "S" in coin gold with a coin gold rim line and #4134 Rocco Border in light and dark green. Backstamped Lamberton China in addition to an impressed 'Germany' mark.