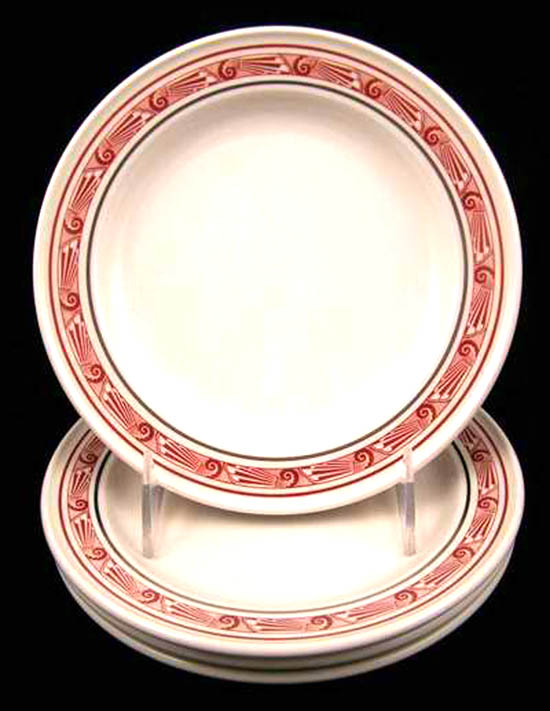 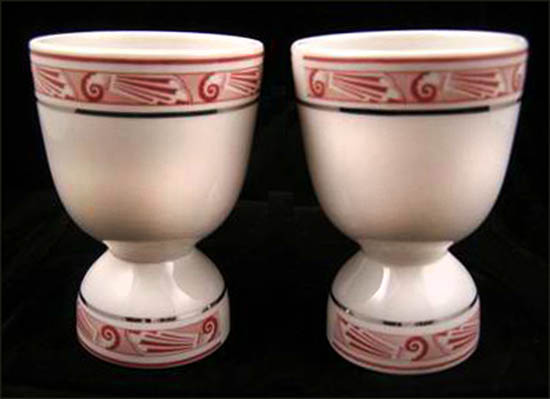 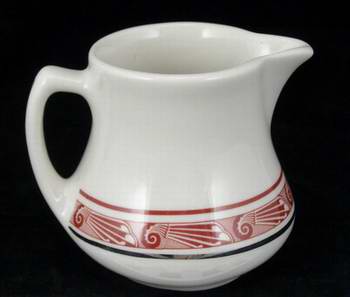 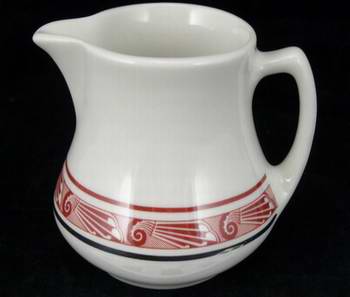 The hotel was recognized as an official New York City Landmark in January 1993. During recent renovations totaling more than $200 million, many of the hotel's original Art Deco treasures were rediscovered and unveiled. Click here for the Waldorf=Astoria Hotel website and click here for more Wikipedia information about the hotel.

White body with a red/pink art deco band design and a platinum trim line beneath the band. See the related info below for other Waldorf-Astoria Hotel patterns.