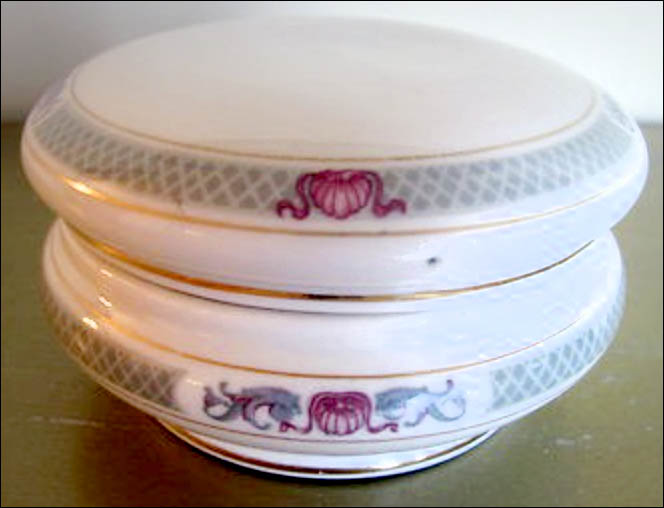 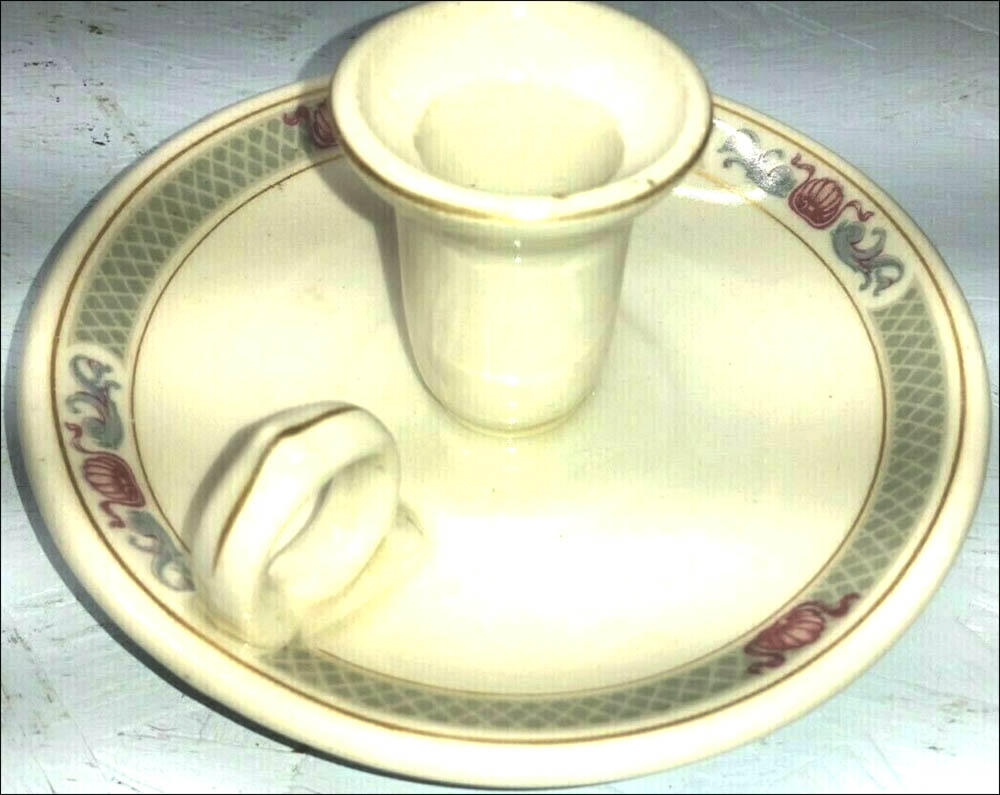 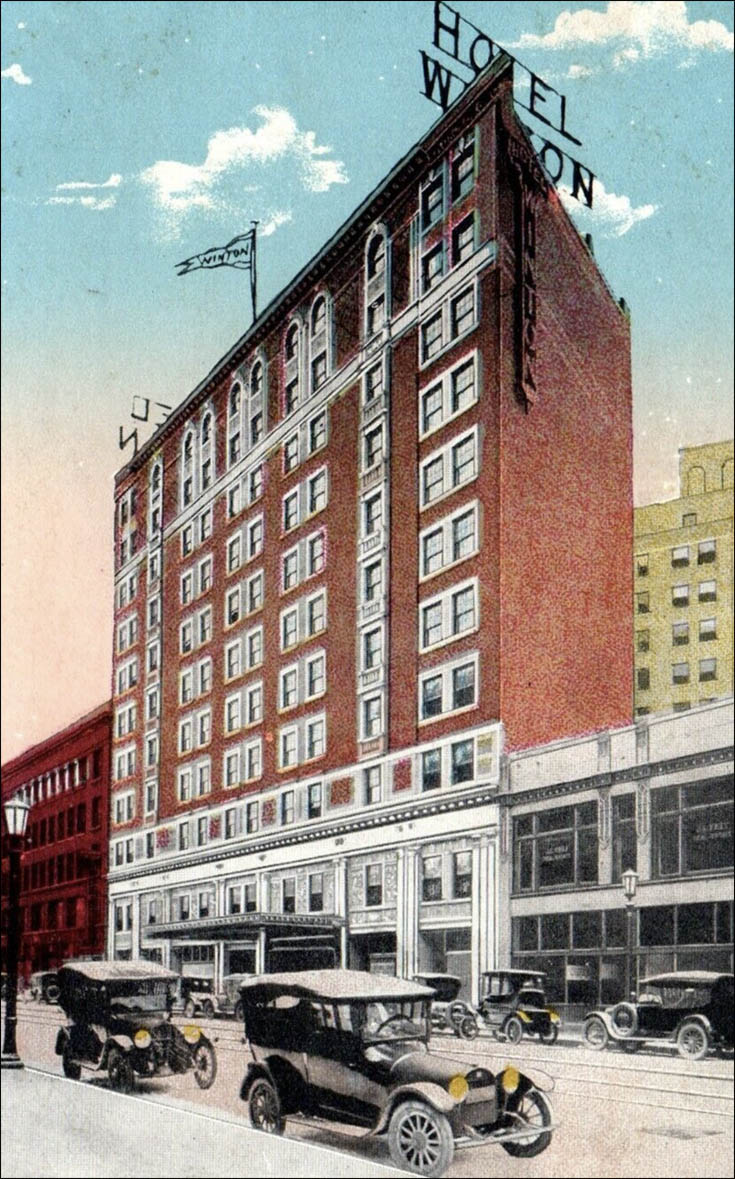 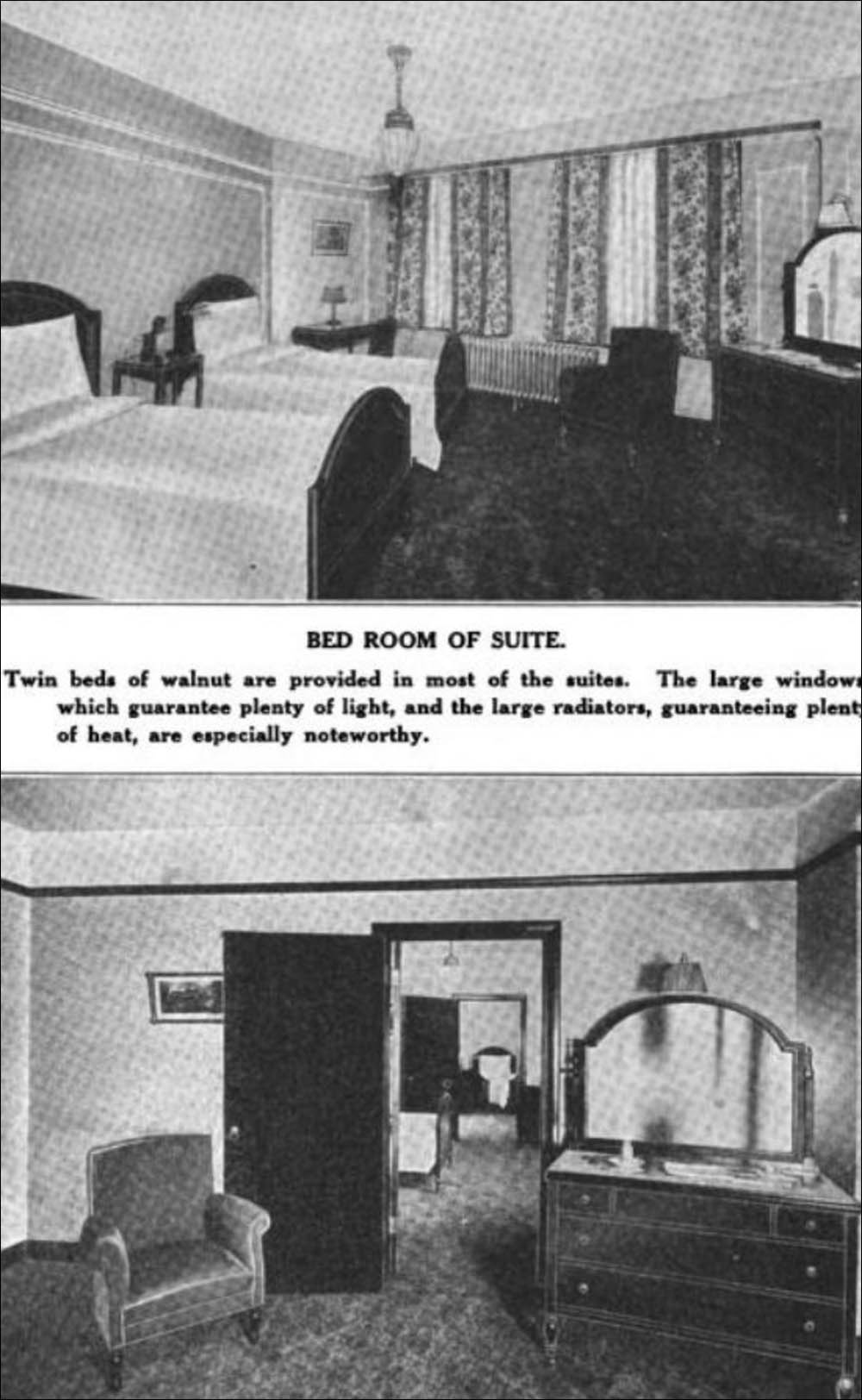 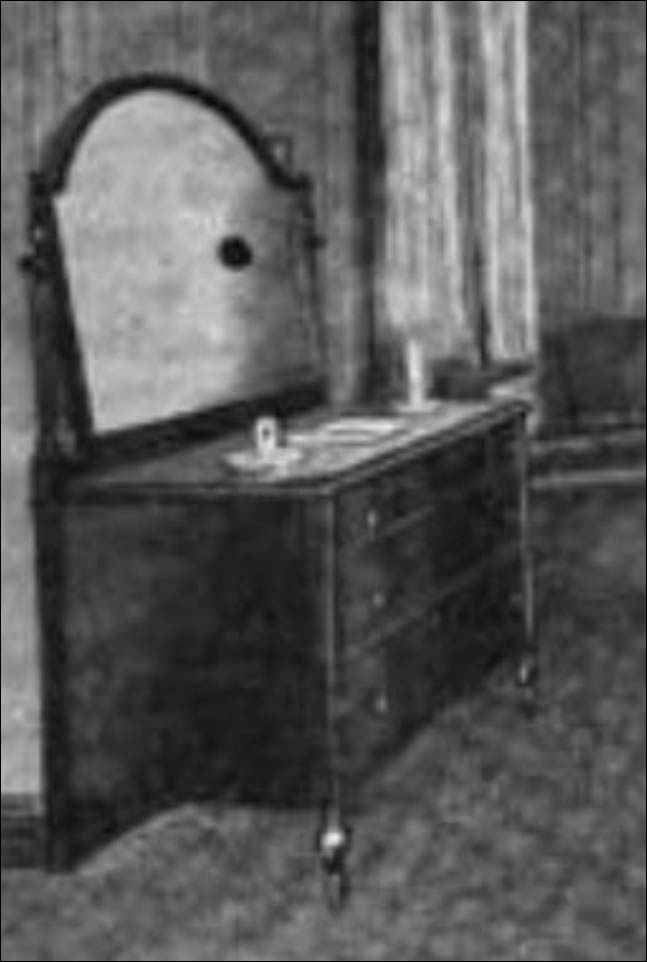 The Lamberton China service made for use in the Winton bedrooms is a service not mentioned in the January 5,1918, Hotel World article about the newly opened Winton. It is a decal border with pale blue panels containing white lattice work. Between the panels there are reddish shapes that might be seashells or lotus blossoms. These are flanked by pale blue acanthus scrolls. The border is flanked by coin gold pin lines. One of the items in this service is a lidded powder box for use by female guests. Photographs of the Winton bedrooms show match holder, dresser trays and candle stands on top of the dressers. Albert Pick & Co was the supplier but is not listed on the back stamp of known pieces.

There are two other patterns listed in the Hotel World article. Winton back stamped examples of these patterns which have not been found, so far.  "The china for the grill and the Rainbow Room is a reproduction of the royal set used by the king of Sweden, a rich cobalt blue under-glaze, with gold bands." "The coffee shop service is an underglaze black checker pattern."  The coffee shop pattern is on Trenton China.