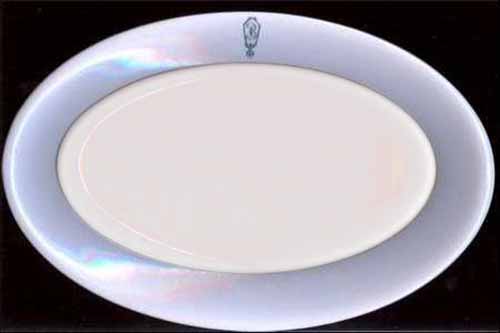 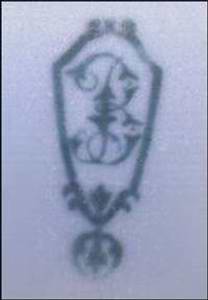 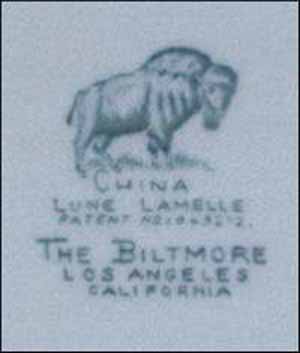 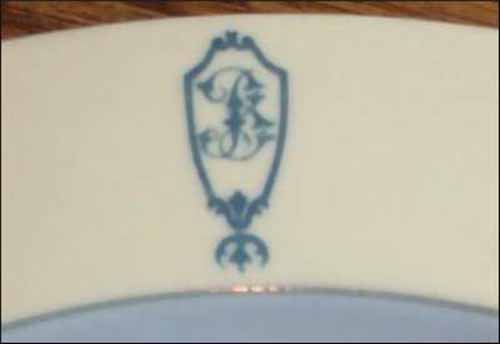 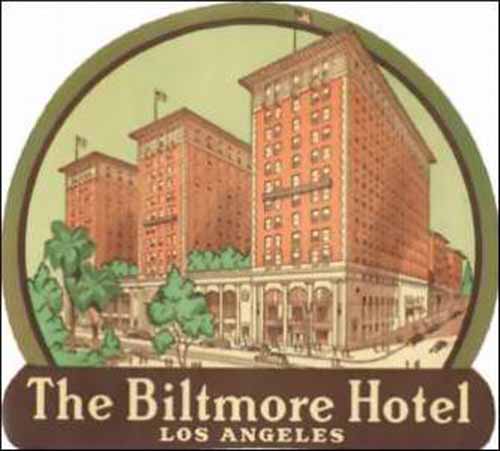 Notes: Built by hotel magnate John McEntee Bowman, The Biltmore Hotel in downtown Los Angeles, Calif. opened in 1923. Designed by architects Schultze and Weaver, it was the largest hotel west of Chicago at the time.

In 2020, the hotel is The Millennium Biltmore Hotel – Los Angeles owned and operated by the global hotel company Millennium & Copthorne Hotels.

The hotel has hosted the Academy Awards eight times, the most recent one in 1942. Scenes from many movies have been filmed at the hotel, including: Chinatown, A Star is Born, Splash, Bachelor Party, Beverly Hills Cop, The Nutty Professor, Ghostbusters, Bugsy, Blue Streak, In the Line of Fire and Prom Night.

Lune Lamelle body in perwinkle blue and white with a black pin line inner-rim border. Topmarked with an early Biltmore Hotel logo of a script B inside a frame. Two color variations shown above.