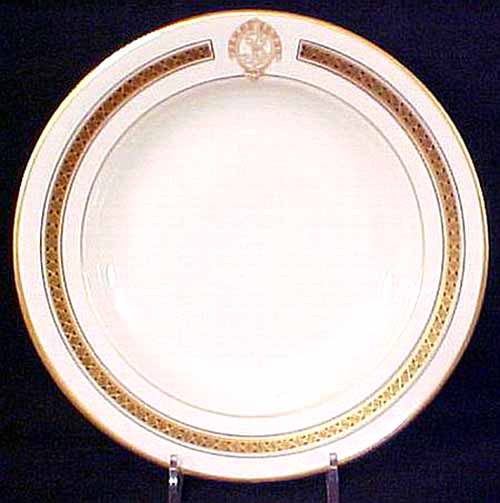 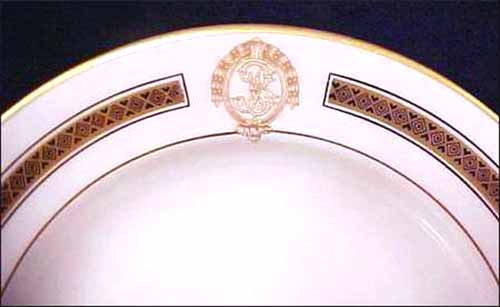 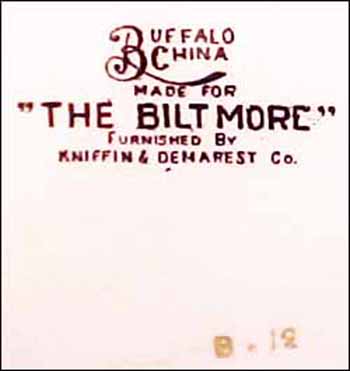 Notes: Located on Vanderbilt and Madison Avenue in New York City, the 26-story, 1,000-room hotel opened December 31, 1912 and closed July 1981. It was the home to the famous Palm Court with its fountain and skylight, Mens Bar, and Royal Palm roof in the 1940s and 1950s; and the Guard Room and four other restaurants in the 1960s.

The hotel was gutted to the frame and rebuilt as the Bank of America Building from August 1981-December 1983.

White body with coin gold band on the rim, a line on the verge and a rim border design, consisting of black V's and squares on a gold background within two black lines. Topmarked in gold with the Biltmore hotel logo — an encircled, stylized letter "B" adorned with a partial cascading wreath.