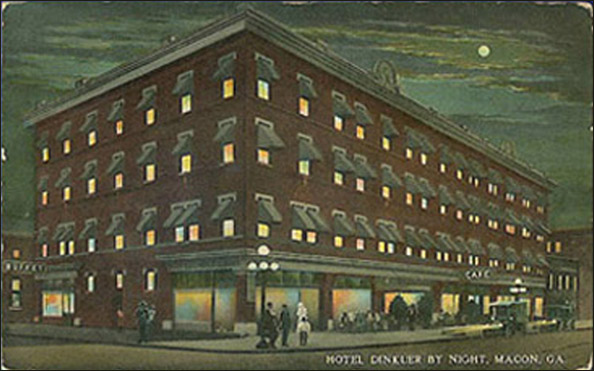 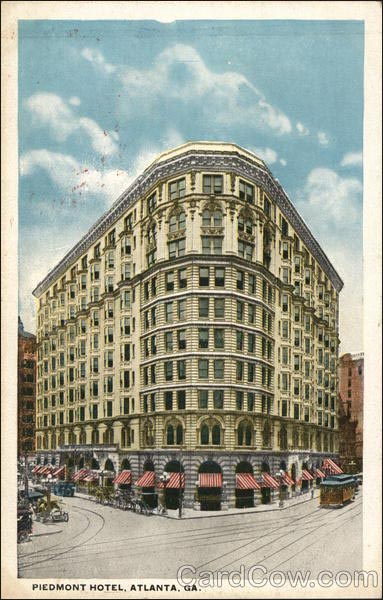 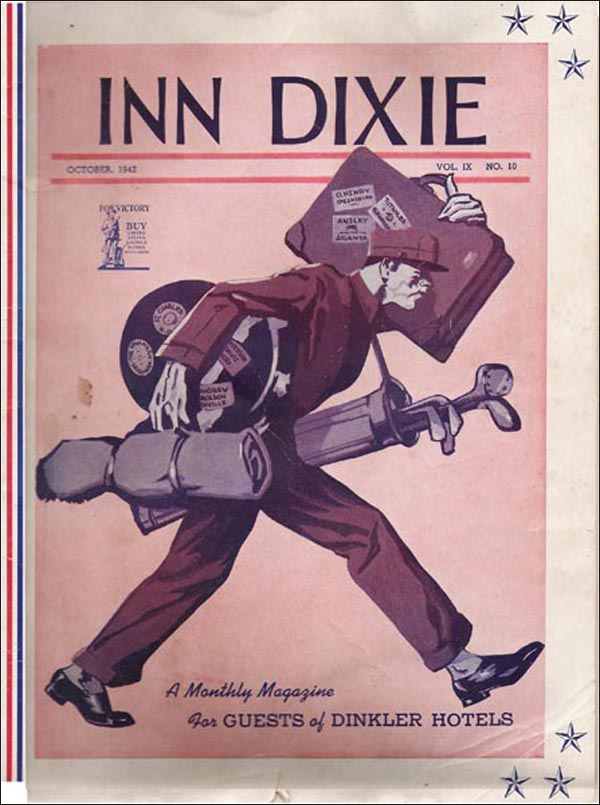 The Dinkler Hotel System was founded by Louis Jacob Dinkler, who was born in Nashville, Tennessee in the 1860s. He was the son Jacob and Josephine Dinkler. His father had been an immigrant from Germany's Bavaria Region and worked as a baker or confectioner. L.J. followed in his father's footsteps, and initially was also a confectionist.

In 1911, L.J. entered the hotel business and opened his first hotel in July, in Macon, Georgia. After several years of honing his business acumen in Macon, L.J. eventually settled in Atlanta. He expanded the Dinkler business with the purchase of the Kimball House Hotel. By 1929, and the Stock Market crash that year, the Dinklers owned or managed some 22 hotels in the southeastern United States.

In December 1928, L.J. Dinkler, 67, committed suicide with a pistol in the subbasement of the Piedmont Hotel in Atlanta. This hotel had been leased just five years earlier in a deal worth several hundred thousand dollars. It was speculated that despondency over ill health was responsible for L.J. ending his life.

Dinkler's son, Carling joined L.J. in running the family business after he graduated from Spring Hill College in Alabama. Carling Dinkler successfully facilitated the 1952 purchase of Hotel Ansley, which had a prominent location at Forsyth and Williams Streets in Atlanta.

In January 1961, in a macabre case of déjà vu, Carling Dinkler, then president of the Dinkler company, threw himself from the window of his suite on the twelfth floor of the Dinkler Plaza Hotel (formerly Hotel Ansley). A hotel spokesperson attributed the tragic "fall" to health-related depression following abdominal surgery the previous year, even after the county coroner ruled his death a suicide.

Carling Dinkler Jr., born on August 4, 1919, followed in the footsteps of his father and grandfather. He had been educated at the University of Georgia and Loyola University in New Orleans, and had been vice president of Dinkler Hotels when his father committed suicide. He assumed the role of president, was a savvy businessman and effective leader, and transformed Dinkler Hotels into one of the most formidable hospitality businesses of its day.

At the time of Carling Dinkler Sr.'s suicide, Dinkler Hotels had been planning on merging with New York's Associated Hotels Corporation, but the deal fell through as a result. However, just weeks later, the Transcontinental Investing Corporation purchased from Dinklers the Dinkler Plaza, the Tutwiler, the Andrew Jackson, the Dinkler-Belvedere Motor Inn, and the Shaw Park Beach Club in Ochos Rios, Jamaica, for $15 million. Under this deal, Carling Jr. remained president and general manager of these five properties for the New York syndicate, and became a member of Transcontinental's board of directors.

Dinkler Hotels were always striving to provide customer satisfaction and stimulate repeat business, and were both pioneers and trendsetters in the hotel hospitality business.  Hotel employees wore badges saying "Courtesy is Contagious".  As leaders in the convention business, they played a large role in solidifying a number of southern cities as convention destinations.

Dinkler Hotels was one of the first companies to develop an in-house credit card for their guests. They also published a monthly magazine, called Inn Dixie, shown above, which featured articles about current events, celebrities, and convention oriented news. This proved to be a great promotional tool for the hotel chain.

Unlike other hotels which viewed food service as a necessary evil and often unprofitable, Carling Jr. was very interested in the food and beverage side of the operation, and proved that he could turn a profit by owning his own restaurants rather than leasing out the space to others.

Like most southern hoteliers, Dinkler Hotels refused black guests into the early 1960s, but had no problem with employing African Americans in service positions. However, well before the passage of the 1964 Civil Rights Act, Dinkler Hotels had decided to allow African American guests after Carling Dinkler Jr. received a call from Bobby Kennedy asking him to do so at the request of President Kennedy. The decision to do so brought some repercussions. Several conventions were cancelled and a bomb was placed in the mailbox of the Dinkler family home.

After the sale of the Dinkler Hotels and Carling Jr.s eventual departure from being involved in their management, he moved his family from Atlanta to Miami. There, he and his wife, Cornelia, built the luxurious Palm Bay Club on Biscayne Bay, which featured condominiums, a marina, and later the 27 storied Palm Bay Culb Towers.

In 1982, Cornelia died of a heart attack when she was 59. Carlton Jr. eventually remarried and moved to Morgantown, West Virginia, where he died at his home in 2005, when he was 85.