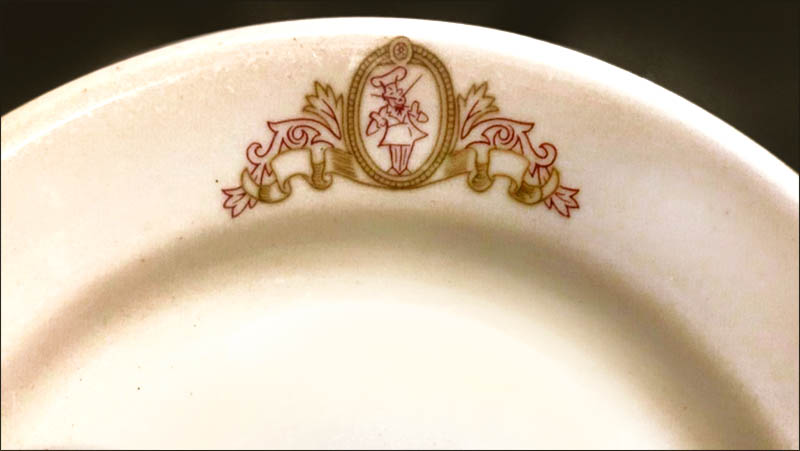 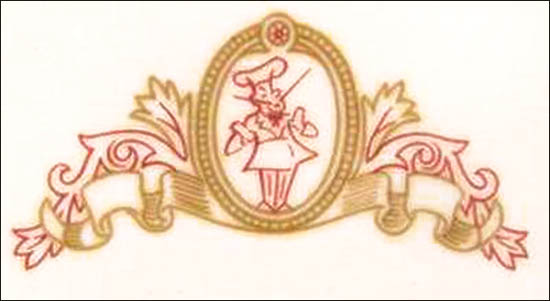 The topmark logo is a red outlined French Chef standing within a golden circle set among scrolls.