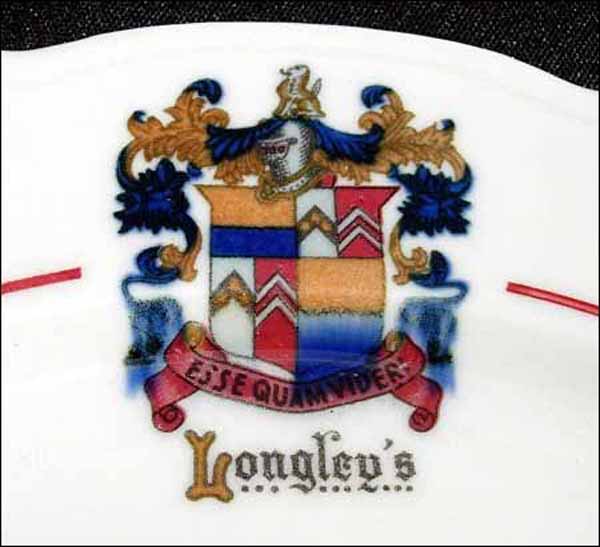 From the 1960s until 1982, the original Bickford's, Inc. saw a significant decline in business attributed to a rise in labor costs, an increase in the crime rate and a cessation of night business. The company's legacy continues in 2008 as the Bickford's Grille with east coast locations in Connecticut, Massachusetts, New Hampshire, Rhode Island and Vermont.

White body with a red line border, topmarked with the multicolored Longley crest, featuring a griffin seated atop a helmet, atop a shield with cascading blue and gold feathers surrounding the helmet and shield. The banner in Latin beneath the shield with multiple chevrons reads: Esse Quam Videri — To be, rather than to seem. The word LONGLEY'S appears beneath the crest in gold and black.