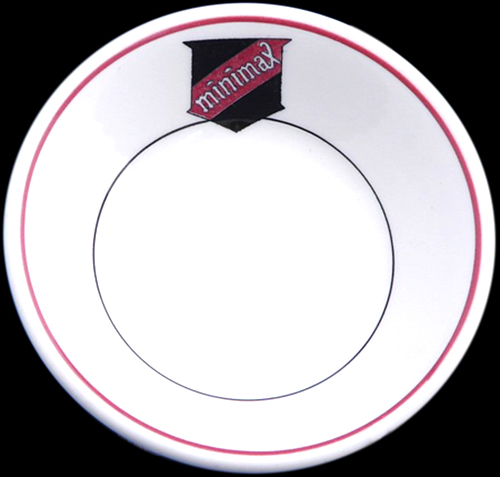 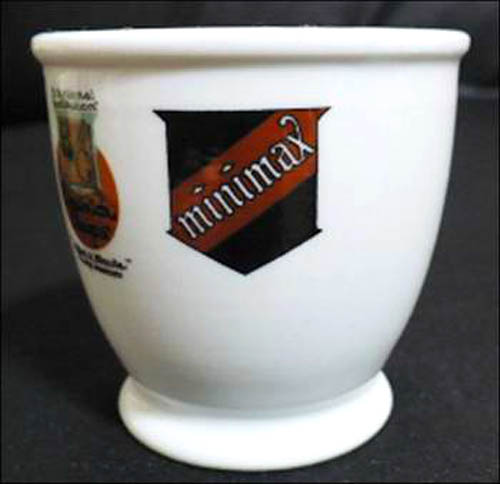 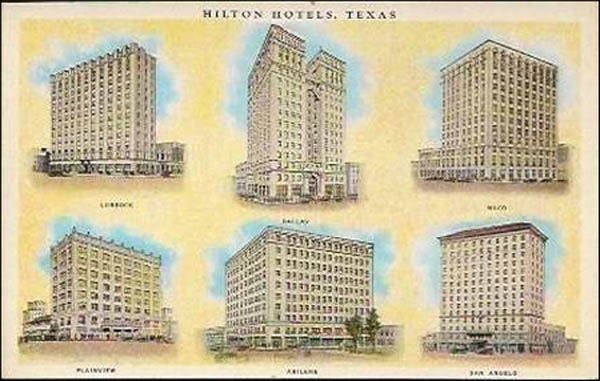 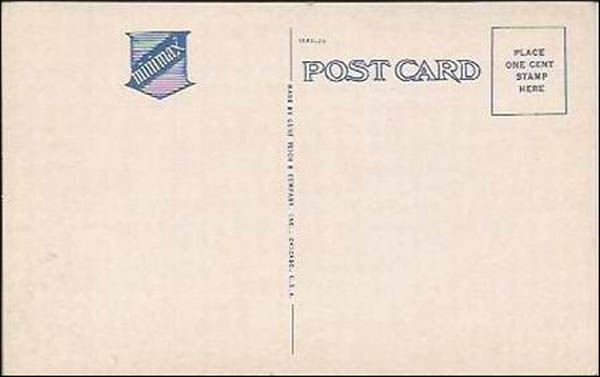 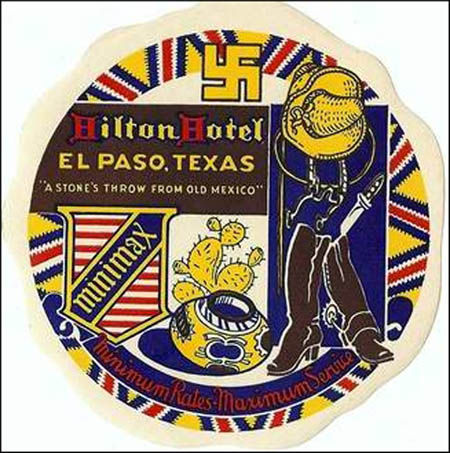 Notes: The first hotel built by Conrad Hilton – the Dallas Hilton – opened in 1925. Yet, before construction began on the Dallas Hilton, as early as 1923, Hilton envisioned owning a chain of hotels, where customers would receive maximum service at a minimum price.

According to The Silver Spade: The Conrad Hilton Story by Whitney Bolton, this business service concept gnawed at Hilton; it was elusive, until late "one morning at 3:40 a.m., he waked suddenly and knew what it was. He had wanted a slogan for his business and there, almost as though written in letters of fire on his bedroom wall, it was, all in one piece and complete: "Minimax." … The word fascinated him…"

Minimax (sometimes referred to as Mini-Max) became a service trademark for the Hilton Hotel chain, and from 1925 to 1945, it was a business slogan, as well as an operating philosophy for managers and staff. The Minimax shield logo and slogan, "Minimum Rates ~ Maximum Service," were used for about twenty years, and later abandoned according to Hilton because, "You don't have to claim what the public already knows." In actuality, the Minimax service trademark was replaced with the new Hilton Hotels "HI" shield logo and banner tagline, "Across the Nation" at the time the Hilton Hotels incorporated in 1946.

Above is an El Paso Hilton Hotel luggage tag with the Minimax logo and a swastika symbol, which before World War II was a symbol of good fortune, and later became a stigmatized symbol because of its association with Nazi Germany, neo-nazis and hate groups.