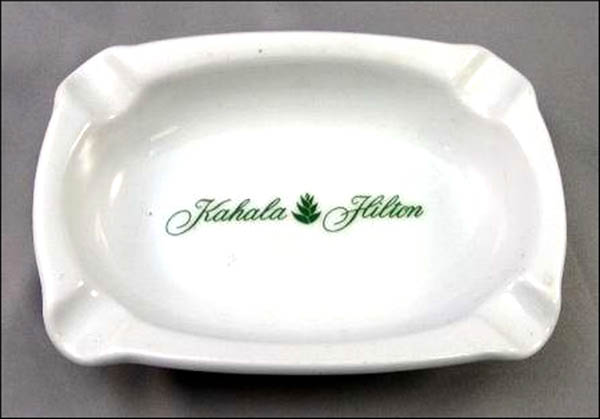 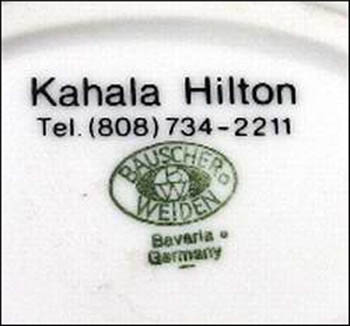 The Kahala Hilton opened in 1964 and is considered to be one of Oahu's premier resorts. Sold by Hilton to Japanese investors in 1993, it is now known as The Kahala Hotel & Resort, the hotel has a history of distinguished guests. Guest stars for the "Hawaii Five-0" and "Magnum, P.I." television shows were lodged here. Click here for a brief history of The Kahala.

White body, topmarked with the Kahala Hilton logo in green.