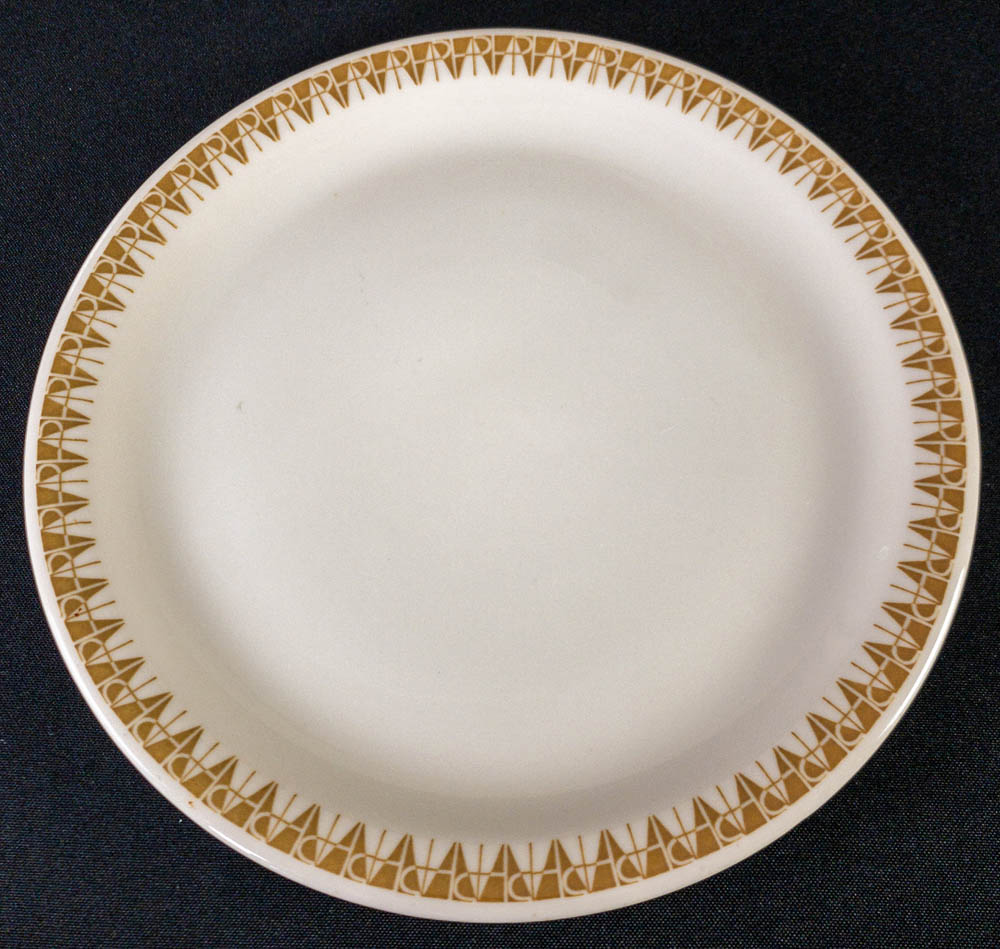 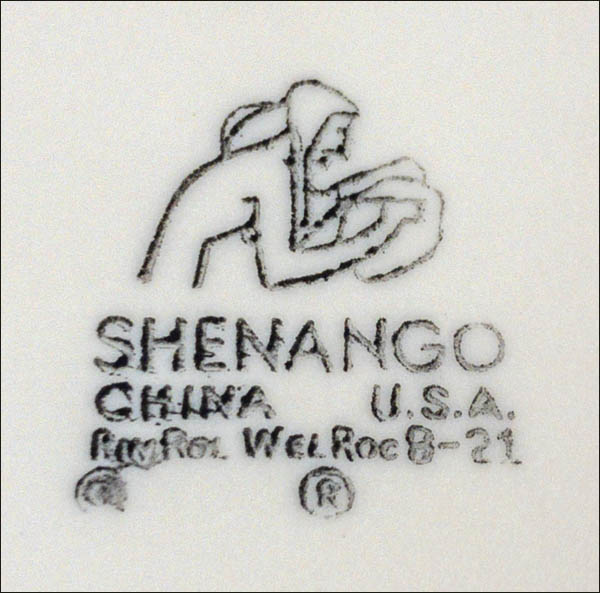 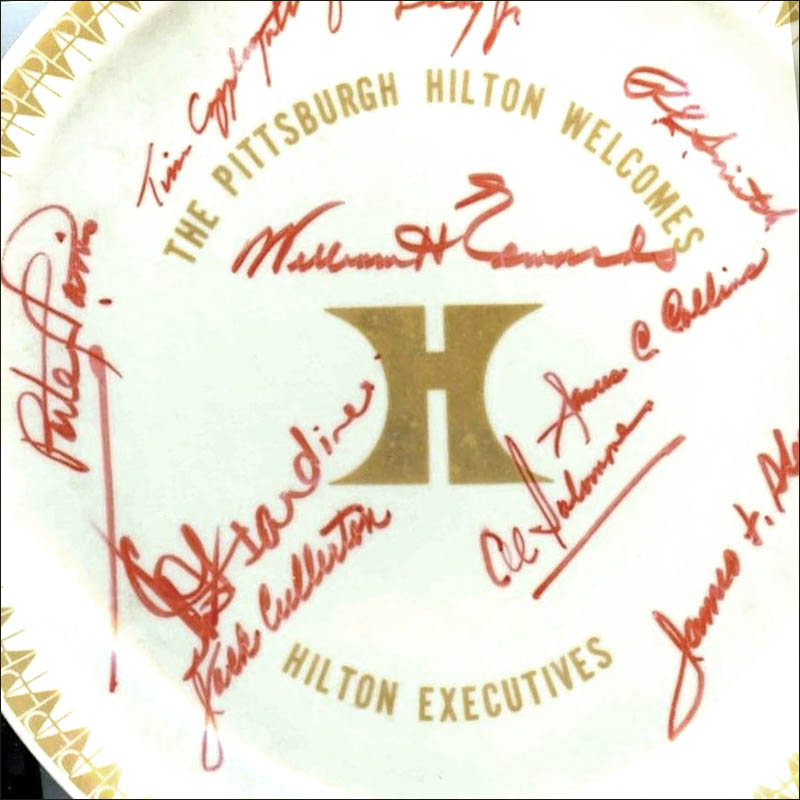 From the Wikipedia,  the Hilton Hotel was planned as a skyscraper for downtown Pittsburgh and ground was broken for it on Sept. 20, 1957, with Conrad Hilton in attendance. It was built on the site of Pittsburgh's original "King's Garden" – a vegetable garden for soldiers at nearby Fort Pitt. The hotel opened with a gala – again with Hilton in attendance as well as the governor – on Dec. 3, 1959.

It is now (2021) the Wyndham Grand Pittsburgh Downtown and is the city's largest hotel with more than 700 rooms a large conference facilities.

The border pattern is a non-metallic gold with modern for its day interlocking HPs. The ID is confirmed by the same border on a plate topmarked: The Pittsburgh Hilton Welcomes Hilton Executives with the H Hilton logo in the center.