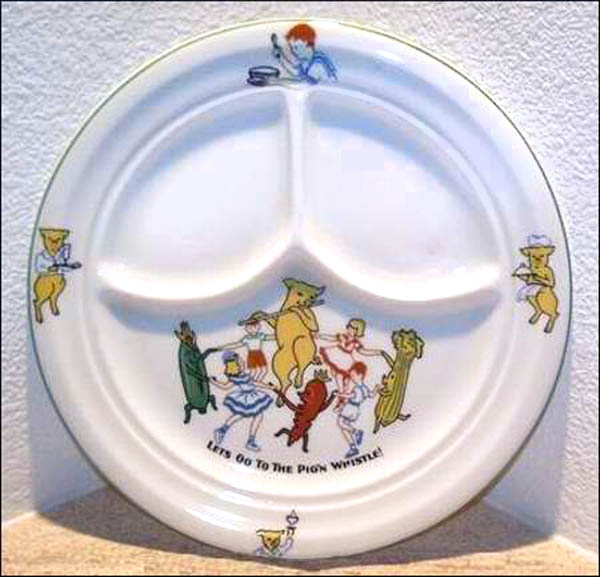 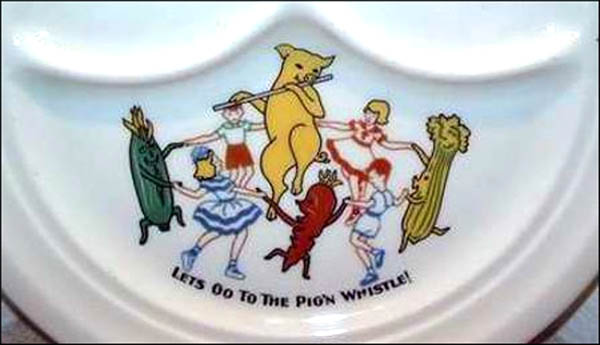 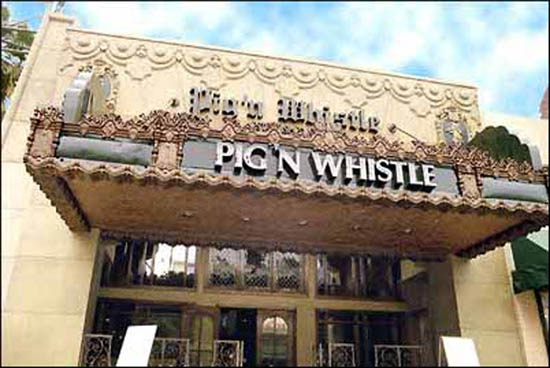 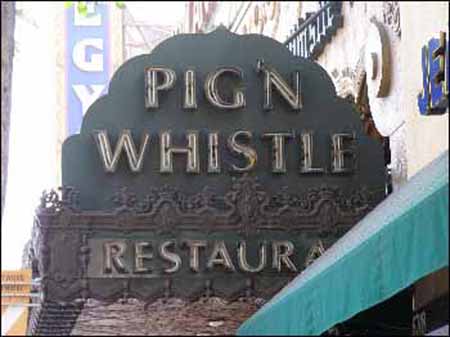 White body children's grill plate featuring a multi-colored scene of the famous Pig playing a flute with children and animated vegetables (a corn cob, celery stalk and carrot) holding hands, dancing around him. Beneath the scene are the words, "LETS GO TO THE PIG 'N WHISTLE!" The top border of the plate has an image of a boy eating a bowl of soup at the 12 o'clock postion and there are three different images of the pig as a waiter and chef at the 3, 6 and 9 o'clock positions around the border. All of these images are overglazed, but are original (Shenango often did this on their children's china).