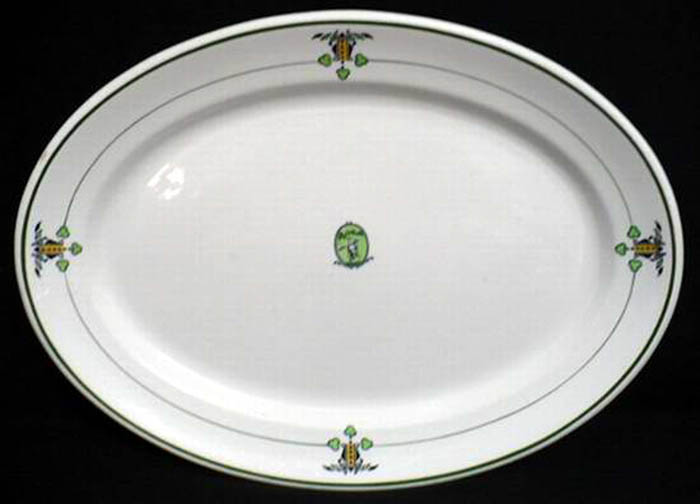 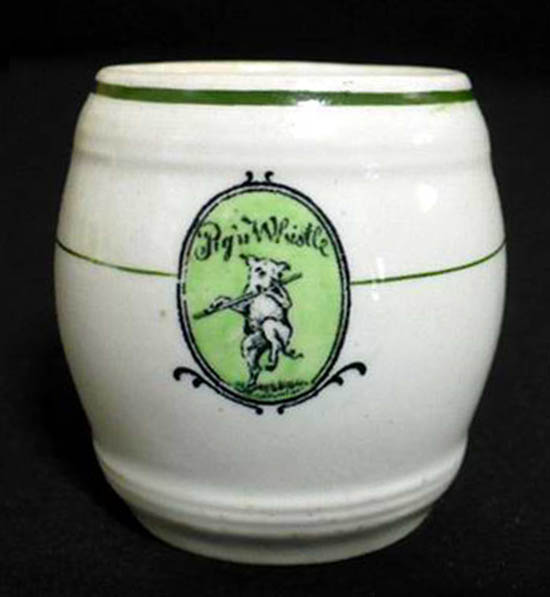 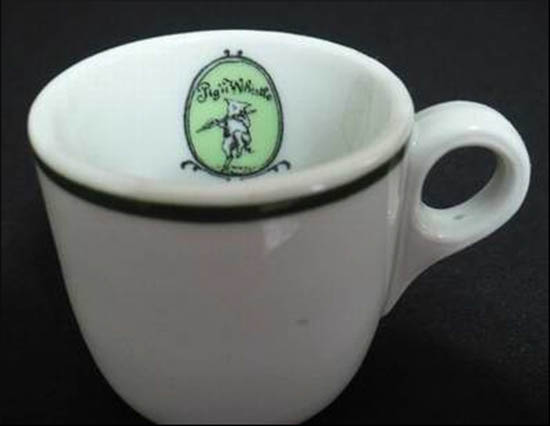 No manufacturer marks on this cup ~ estimated pre-1920s 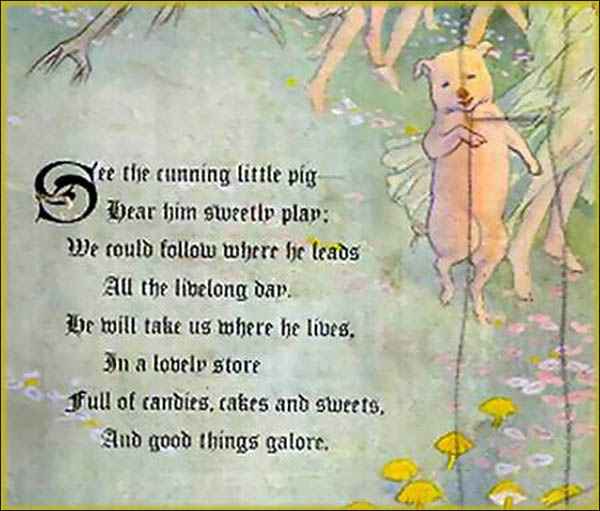 White body with dark green rim line and an inner-rim ornamental plate border. Topmarked center in green with the Pig 'N Whistle logo of a dancing pig play a flute.