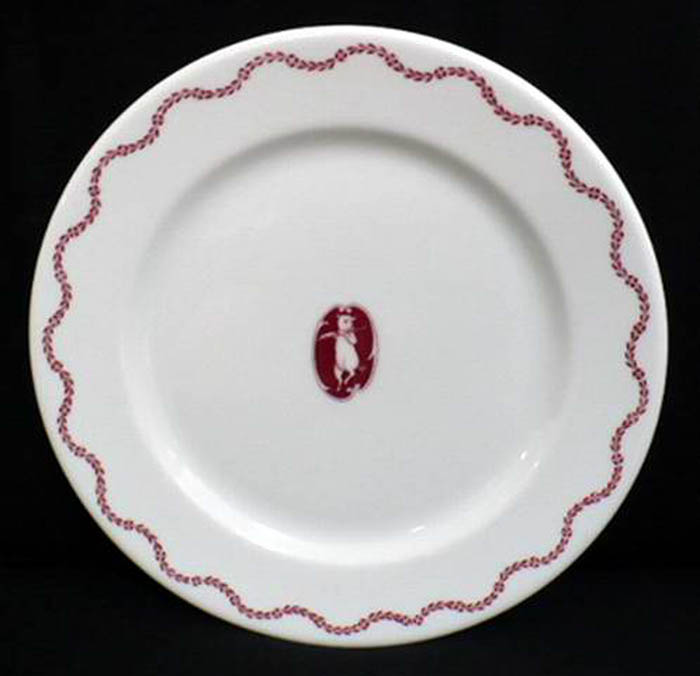 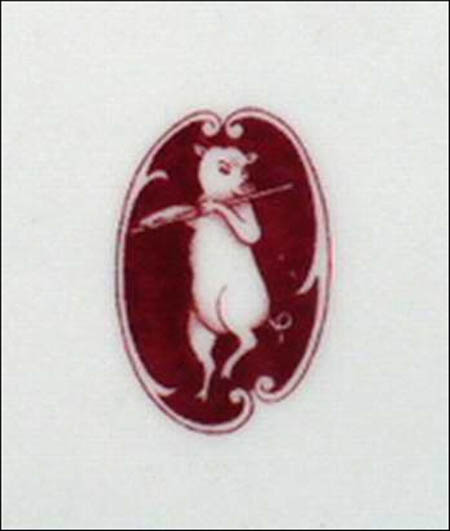 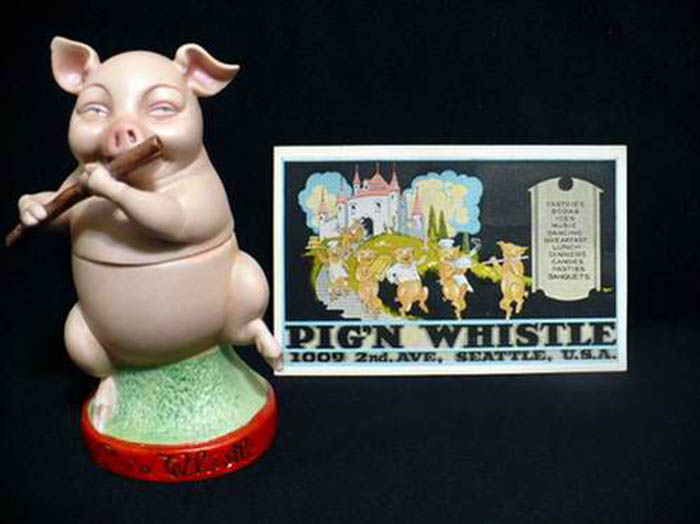 White body with a red ornamental vine border. Topmarked in red with the Pig 'N Whistle logo of a dancing pig play a flute.