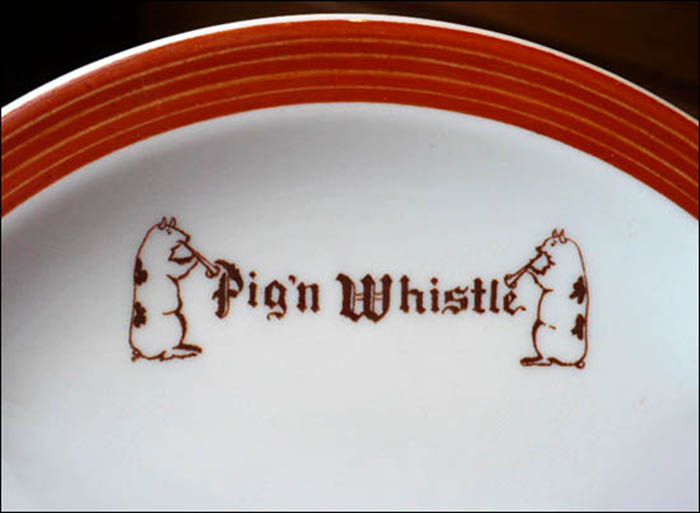 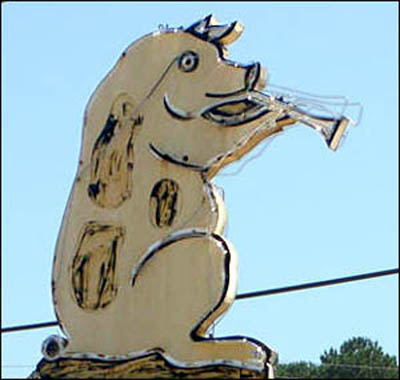 Sign from the first Pig 'n Whistle in Macon 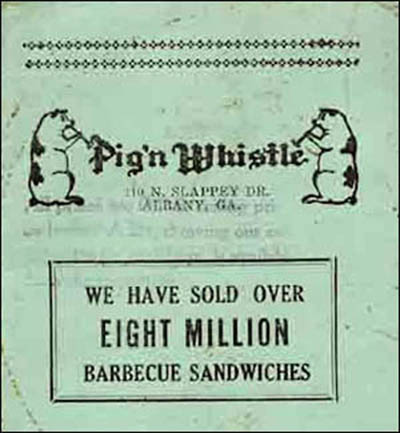 Notes: There were four locations for this Southern version of the Pig 'n Whistle, first in Macon and then in Albany, Augusta and Atlanta, Georgia. It appears that they started as sandwich shops specializing in pork barbecue in the late 1930s and were later expanded to drive-ins with car hop service and were open at least into the 1960s.

Five wide rusty red lines make up the border on this plate. Near the verge in the well is the restaurant's logo: two pigs with spots on their backs facing each other and playing whistles or flutes. In between are the words: Pig'n Whistle (no space between Pig and the apostrophe 'n).