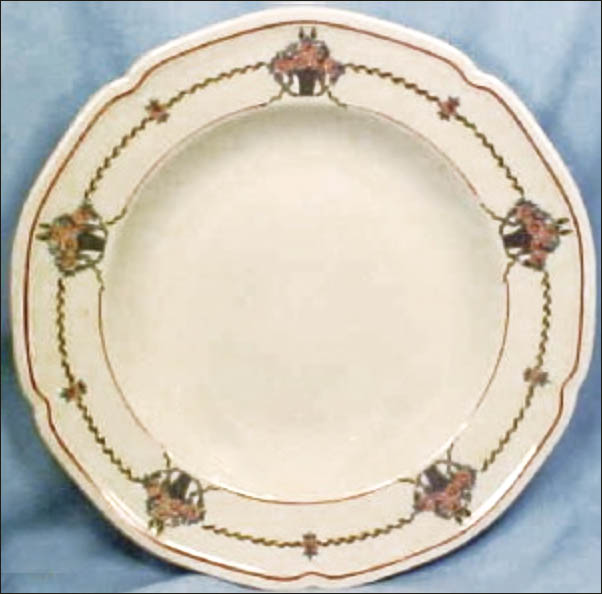 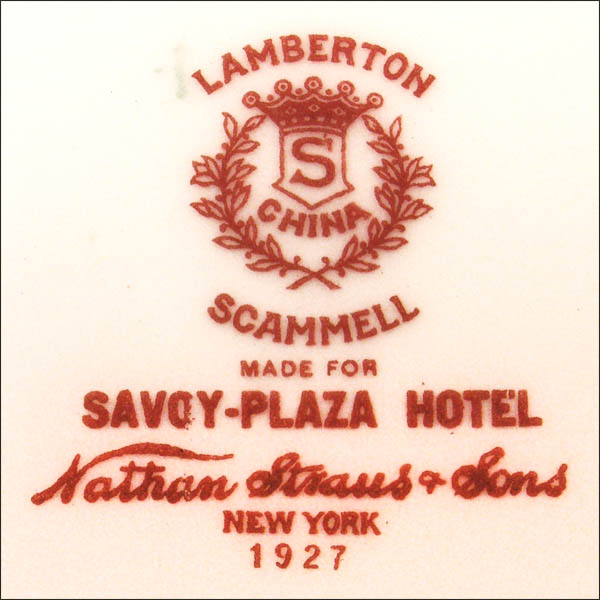 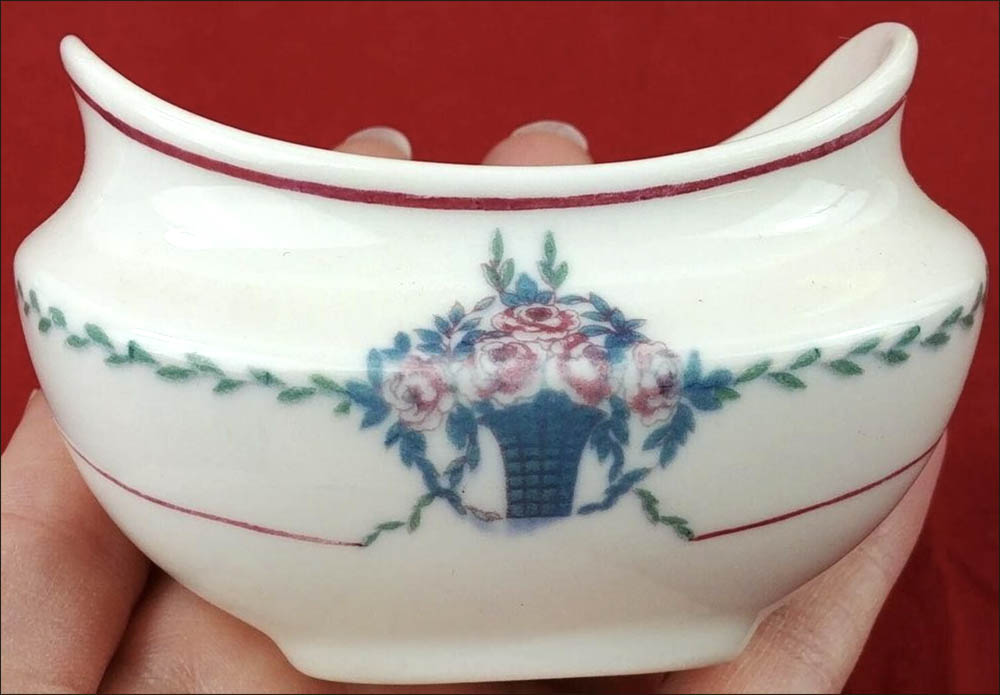 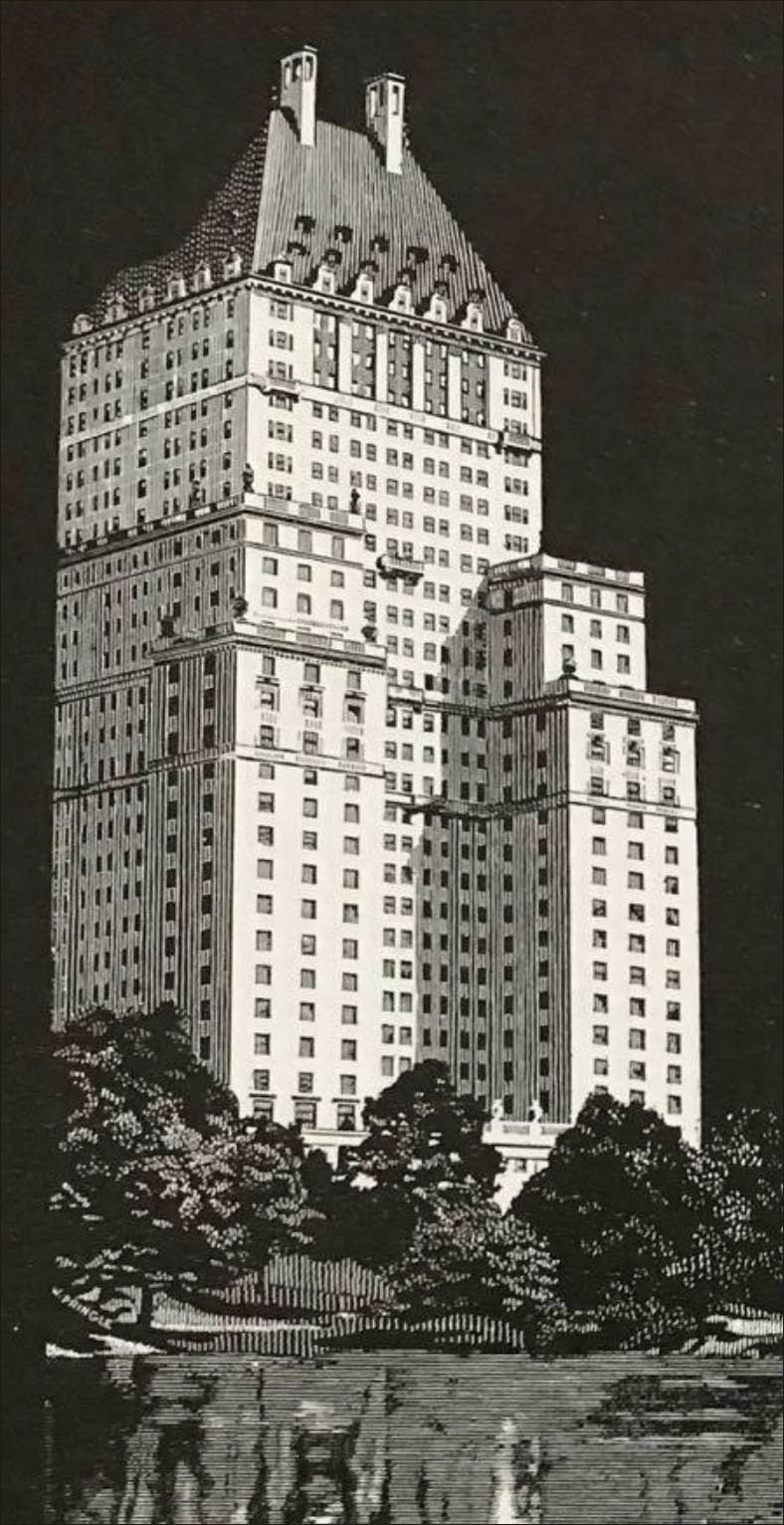 Notes: On Thursday, September 29, 1927, the 33-story 1,000-room Savoy-Plaza Hotel opened. With its location on the corner of 5th Avenue and 59th Street in New York City the higher priced rooms had a view across Central Park. The Savoy-Plaza contained both a 400-seat and a 200-seat dining room, as well as a 275-seat ballroom. It was originally run by the Plaza Operating Company, the same company that operated the Plaza Hotel, across the street. In 1957 it became a Hilton Hotel, and around June 1964 a Western International Hotel. The Savoy-Plaza closed June 30,1965, and was torn down and replaced by the General Motors Building.

The Savoy-Plaza had several china services when it opened. Scammell made a Lamberton China pattern decorated with baskets of pink roses that are connected by laurel leaf bands and single roses. This decal border has a red rim line and a red pin line at the verge. The plates in this service have  molded rims with indentations.  Nathan Straus & Sons was the distributor and some of these pieces are dated "1927." Scammell produced this pattern for several customers, so only "Savoy-Plaza" back stamped items were made for the hotel.