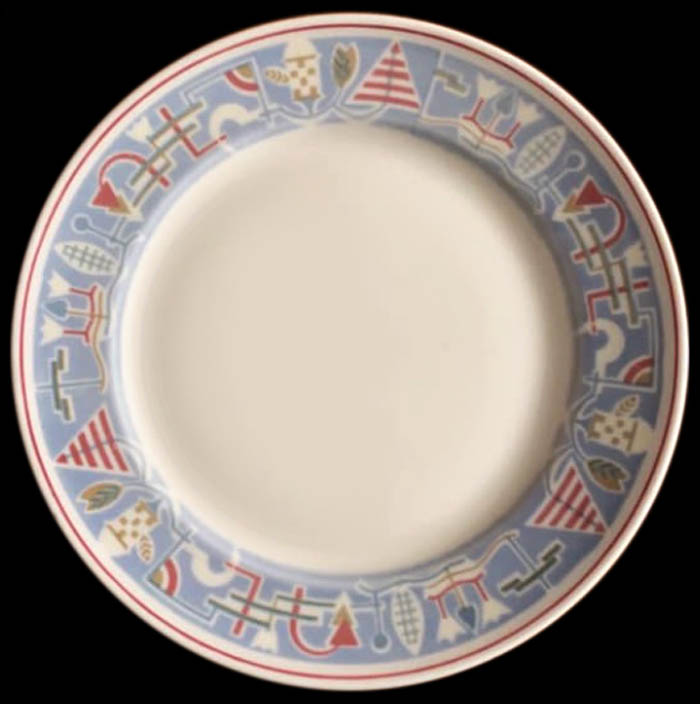 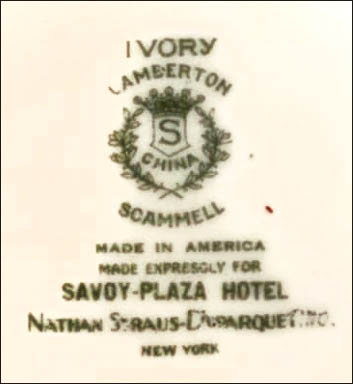 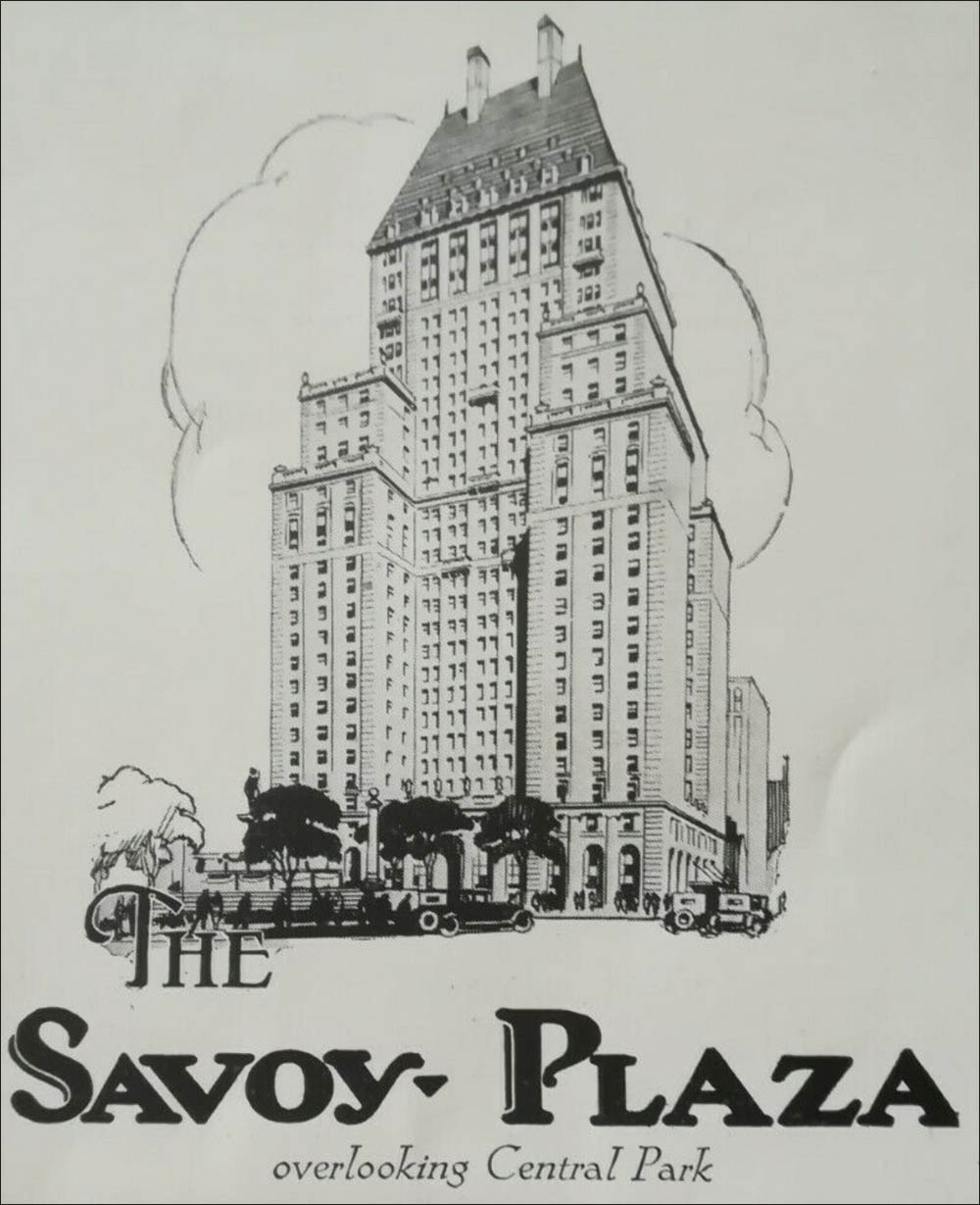 Scammell made a service for the Savoy-Plaza, on Ivory base, that is decorated with a full rim decal border. The background is pale blue with stylized shapes in pale red, green and brown. Some of the design elements are clear, allowing the ivory china to show. A brick red pin line is near the rim. This china service was distributed by Nathan Straus-Duparquet, which was formed in a merger in 1936, so it would date to around that time period. Where in the Savoy-Plaza this china pattern was used is unknown. A photograph taken in 1941 shows bits of wall decoration that has a similar look, but the china in this photo is the laurel on blue border pattern.