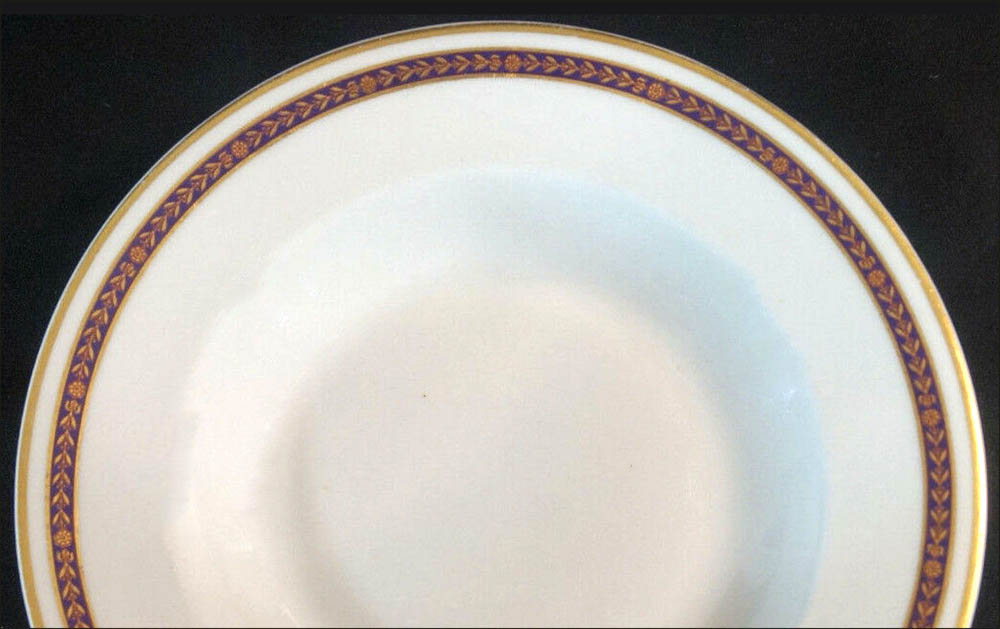 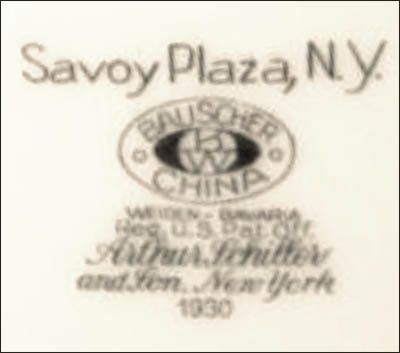 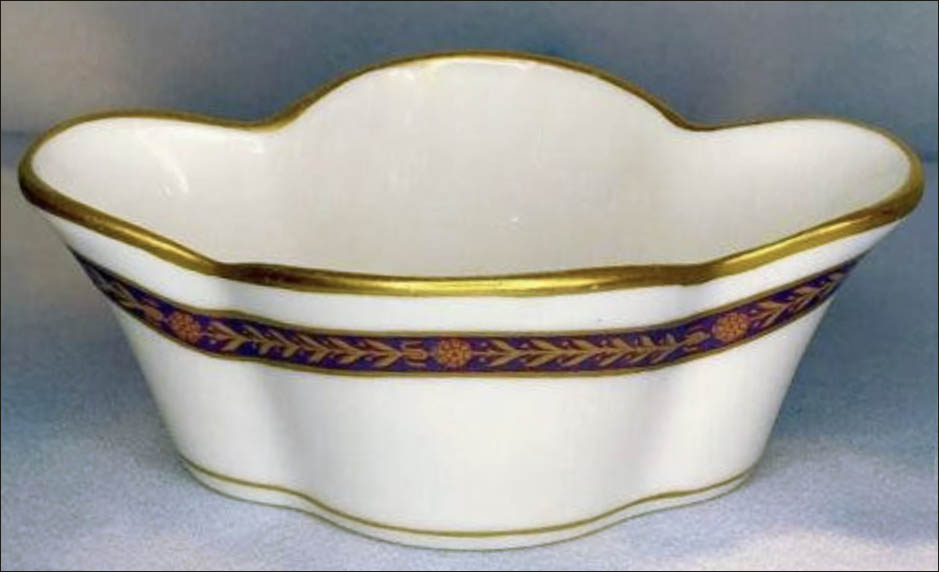 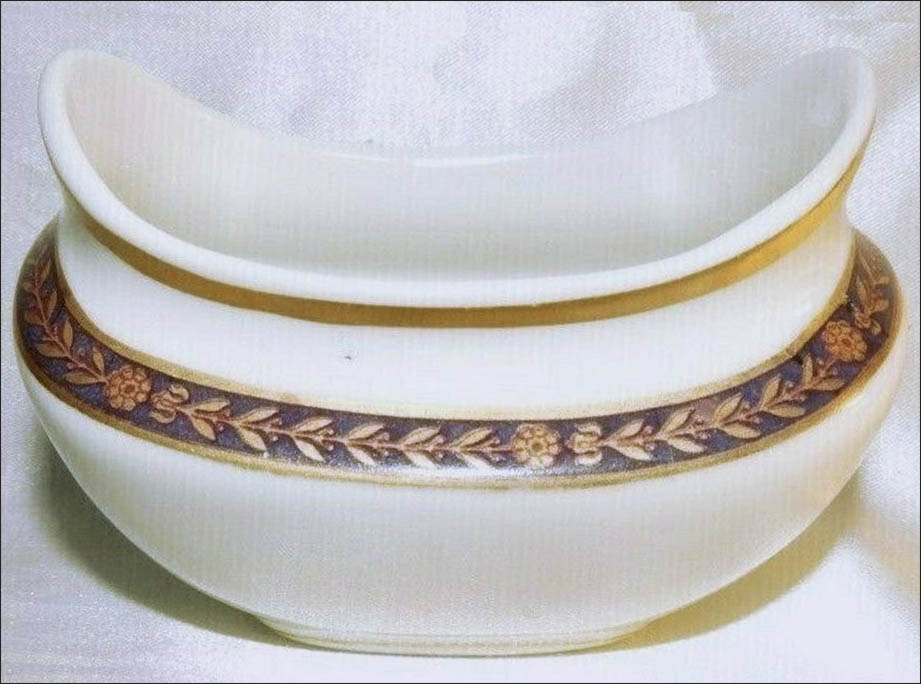 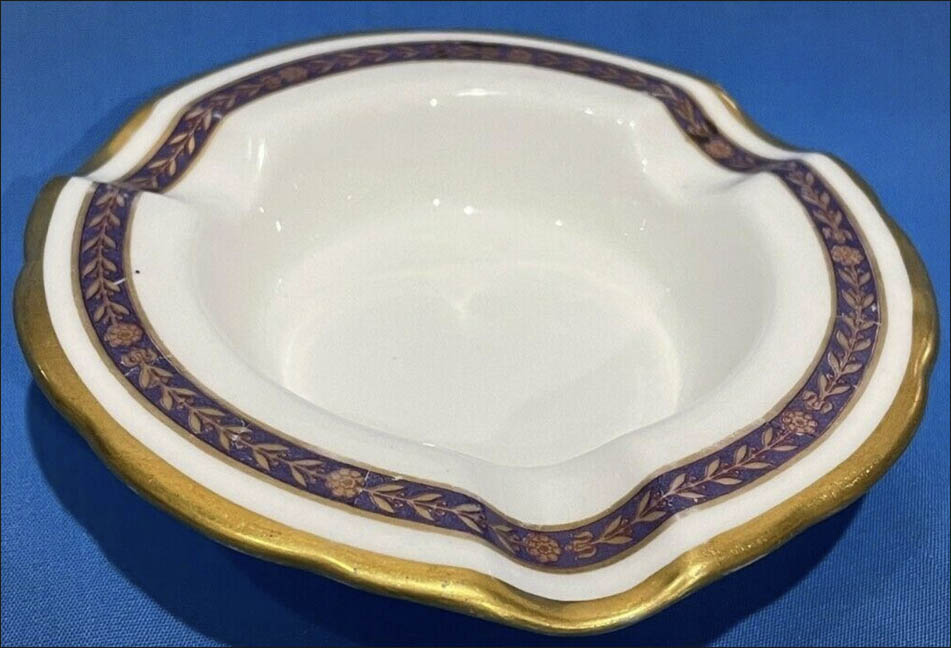 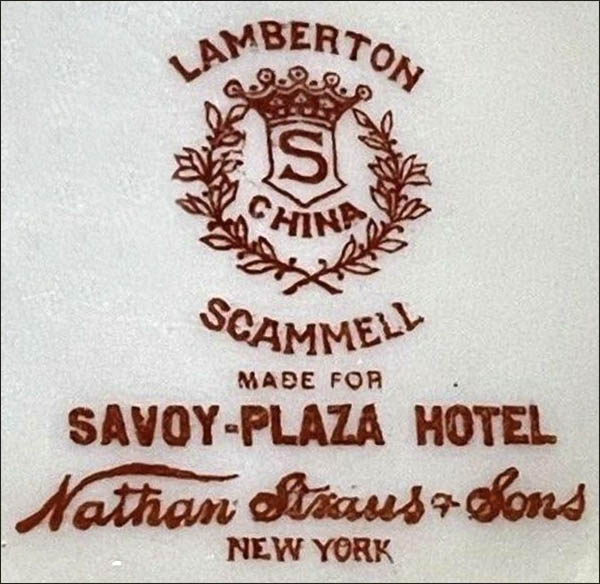 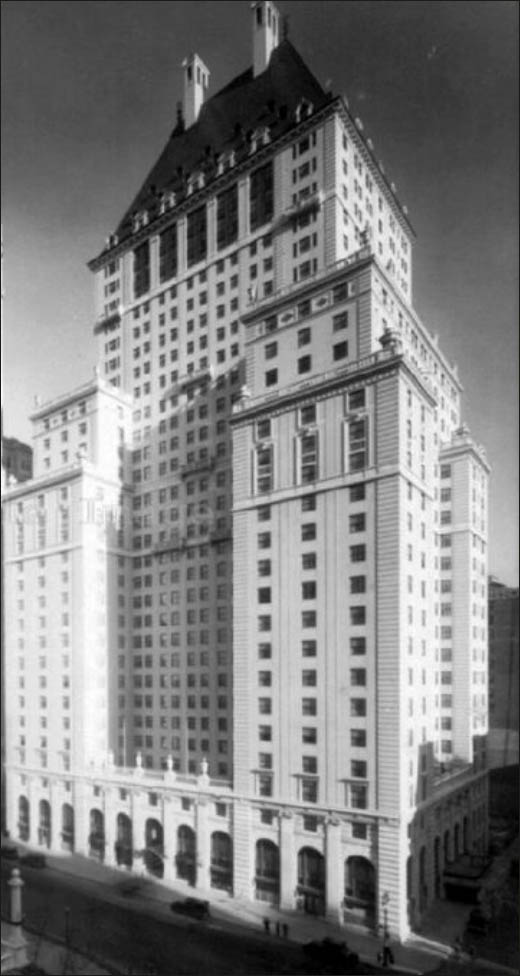 The Savoy-Plaza had several china services when it opened. At least three china companies made a service for the Savoy-Plaza that is decorated with a band of cobalt blue background, with laurel leaves and stylized flowers in gold, outlined in red. A coin gold line is around the rim, and some pieces have a coin gold pin line. Scammell Lamberton items were supplied by Nathan Straus & Sons. These are undated, but may have been part of the original china order for the hotel.  The Bauscher China service was supplied by Arthur Schiller, and is dated "1930."  The Black Knight  service is dated "1935" but the distributor is not shown.