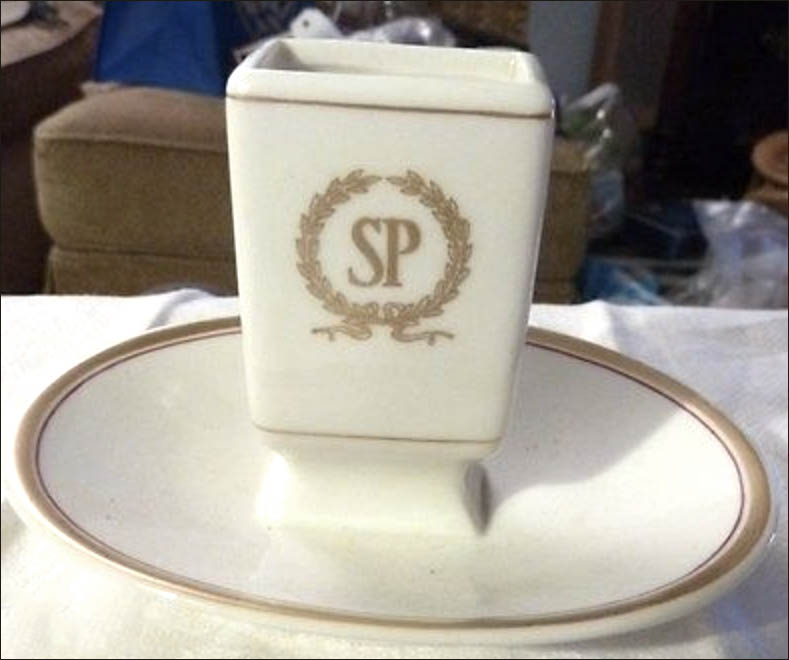 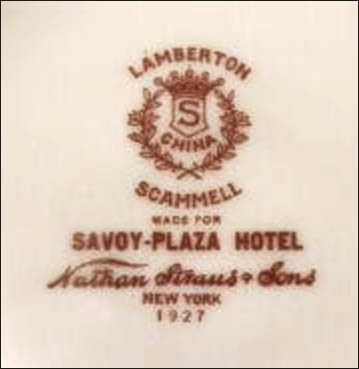 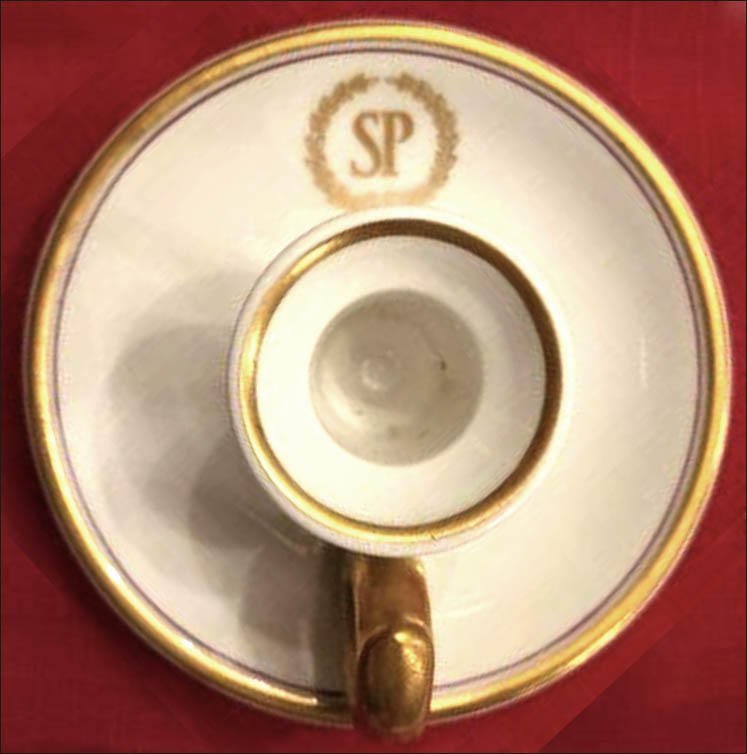 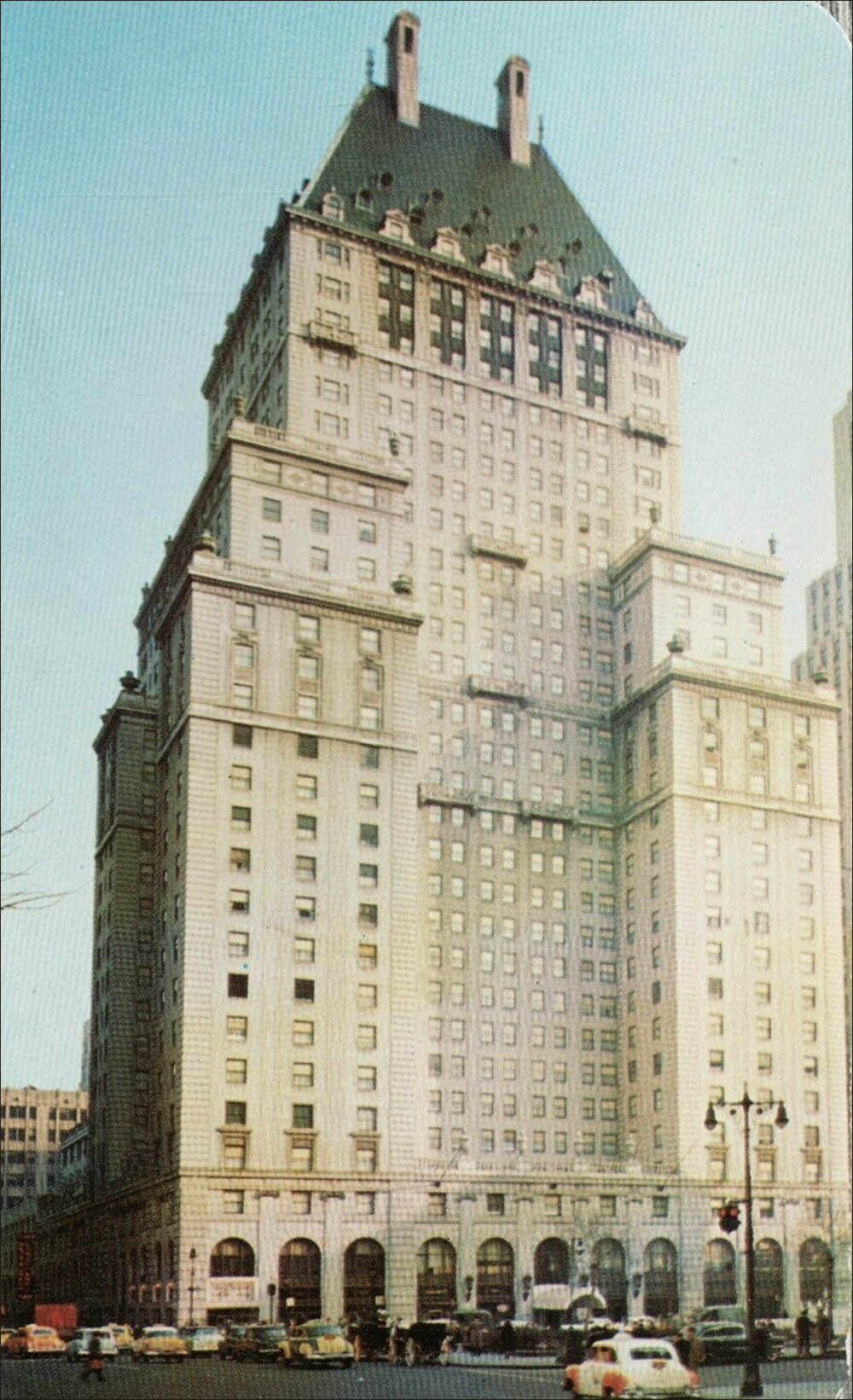 The Savoy-Plaza had several china services when it opened.  The bedroom china service for the Savoy-Plaza was made by Scammell on Lamberton base china.  The "SP" within a laurel wreath coin gold crest  and coin gold rim lines are the only decoration on this service. Candle stands and matchbox holder/ashtrays are known to have been part of the set. There also may be dresser trays. The original order was supplied by Nathan Straus & Sons, and dated '1927'.