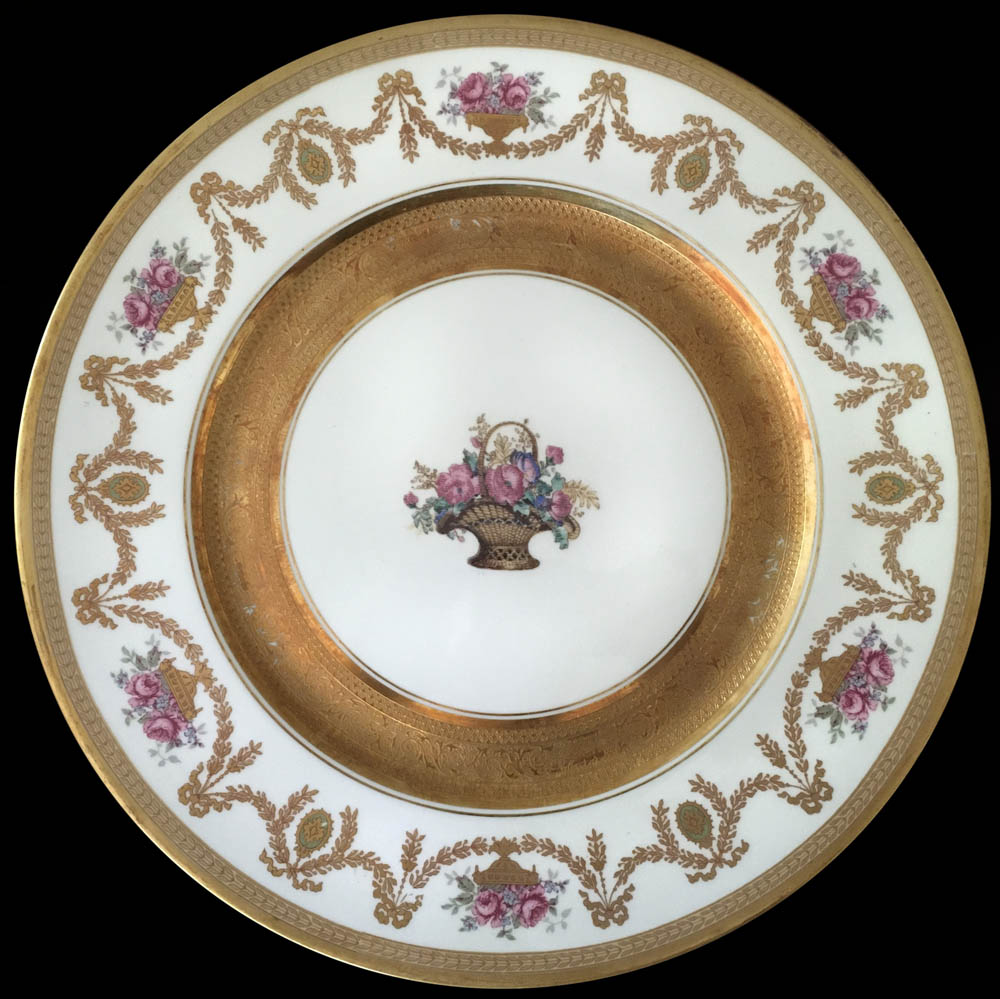 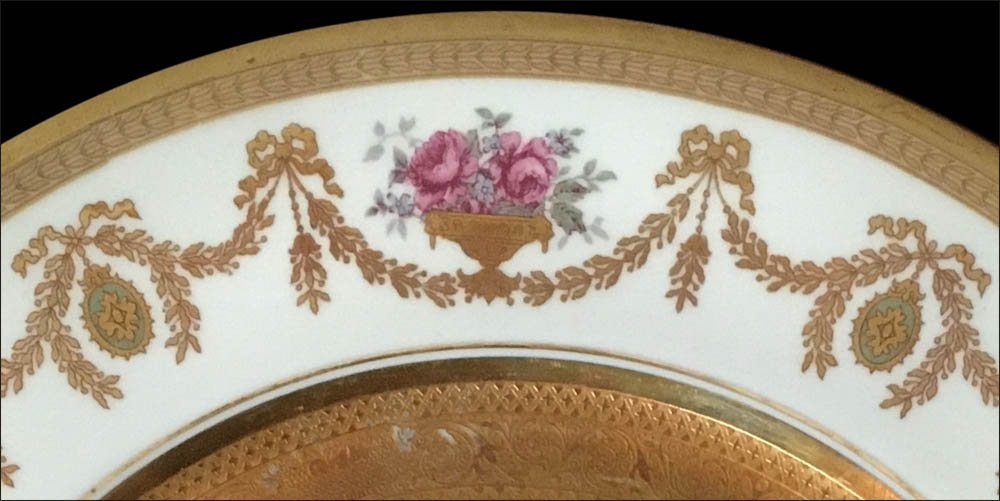 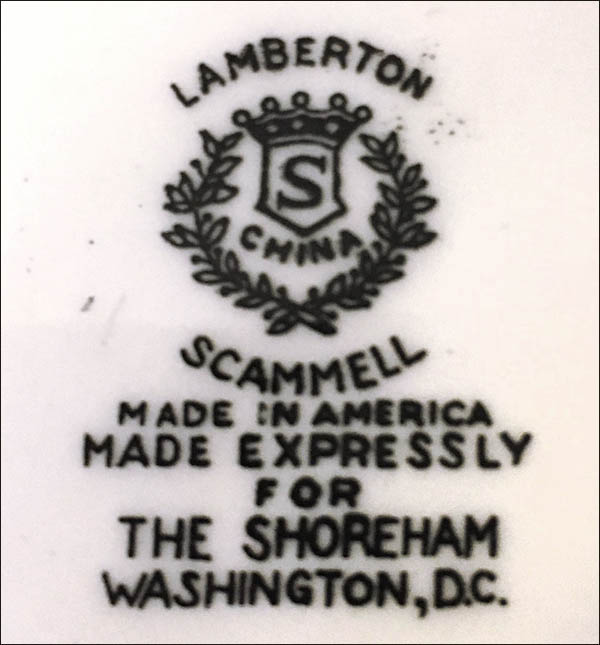 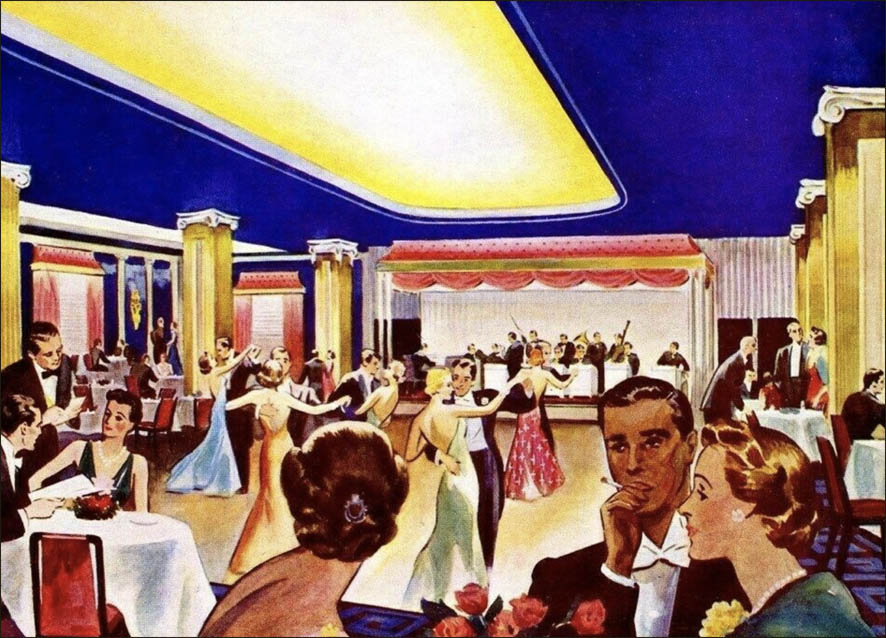 Blue Room at the Shoreham Hotel 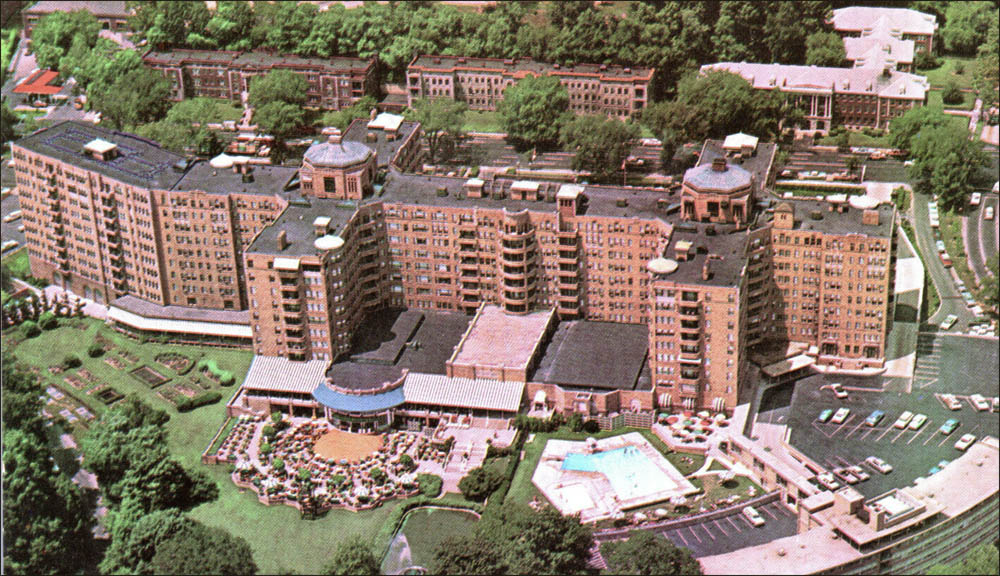 The 11" service plate that Scammell made for the Shoreham is decorated with a classical-style border of pink roses in bowls, swags, and oval frames. These are done with coin gold detailing. The rim border is a combination of acid etched coin gold design below a solid rim band. Below the pin line at the verge is a wide band of coin gold etched design. The center of the well contains a basket of flowers.  This is a border that Scammell used for several other hotels.