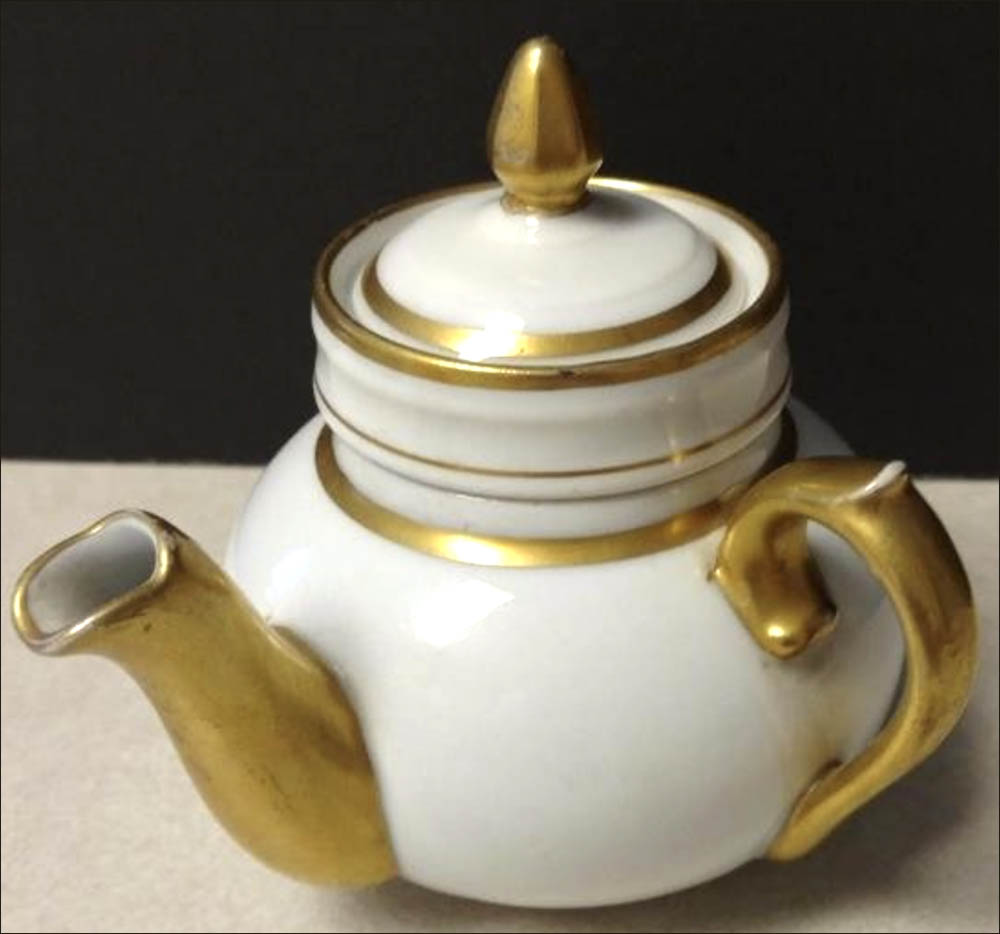 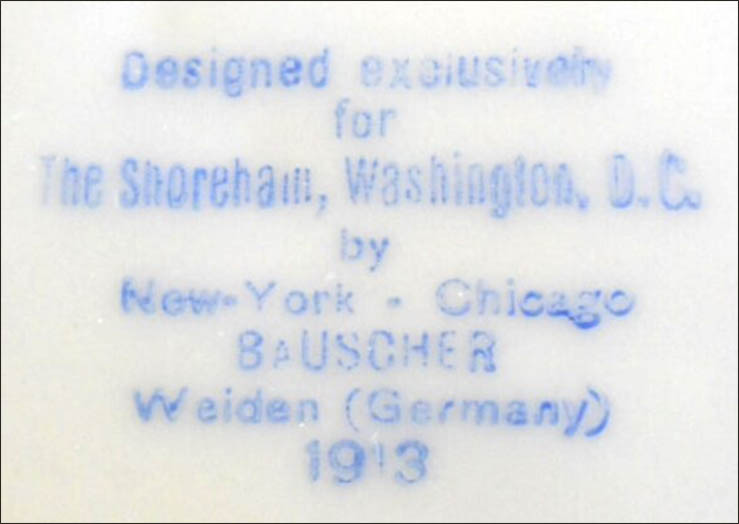 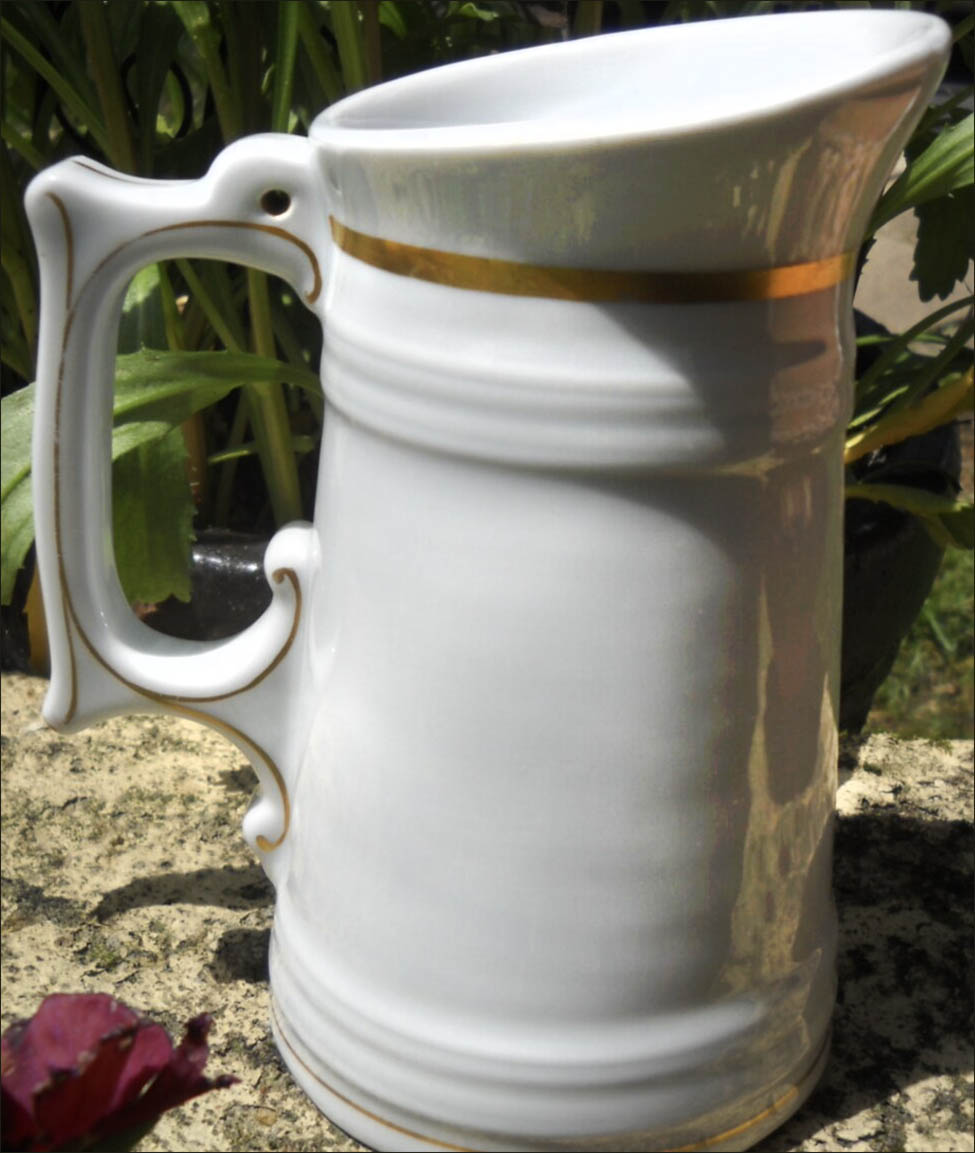 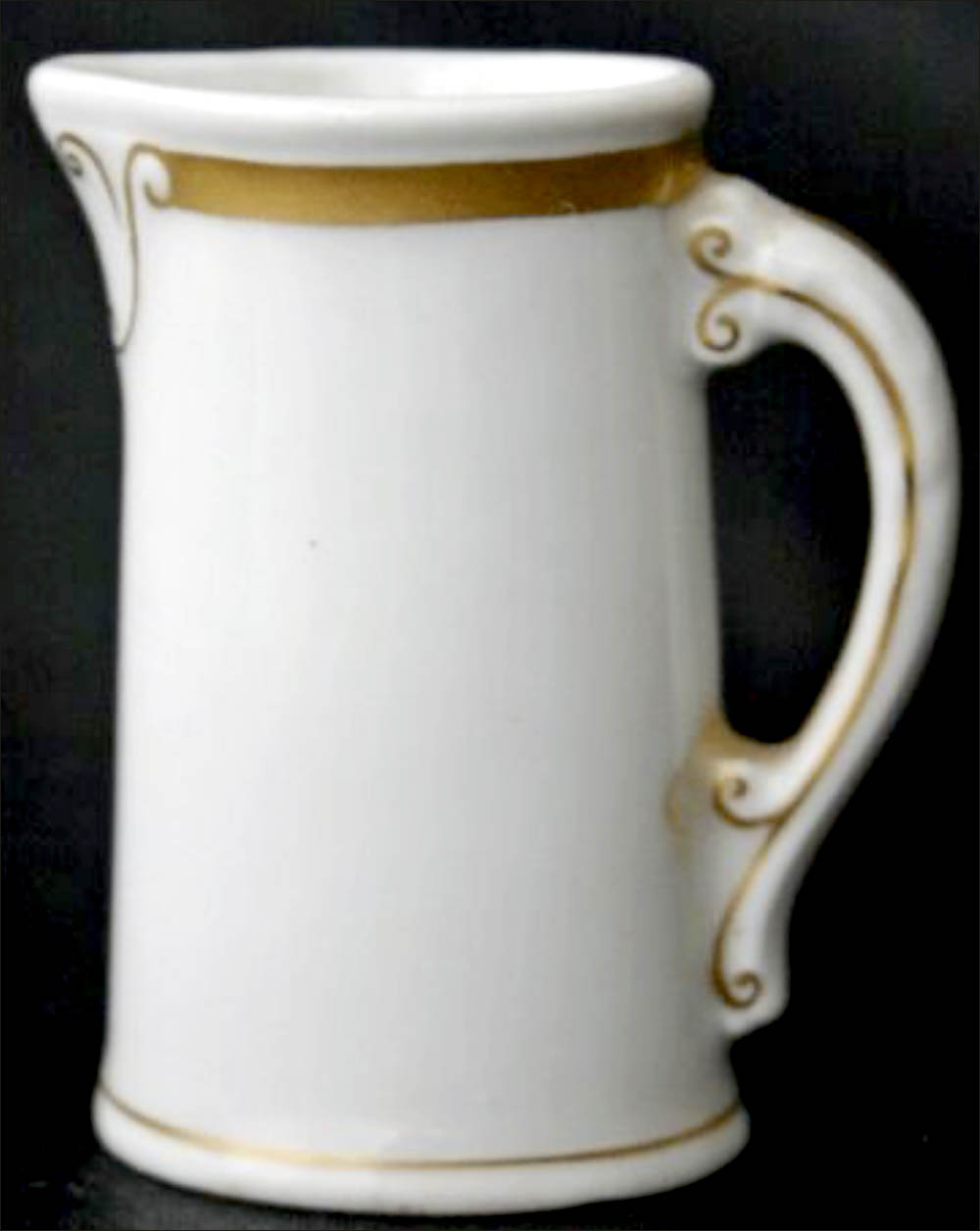 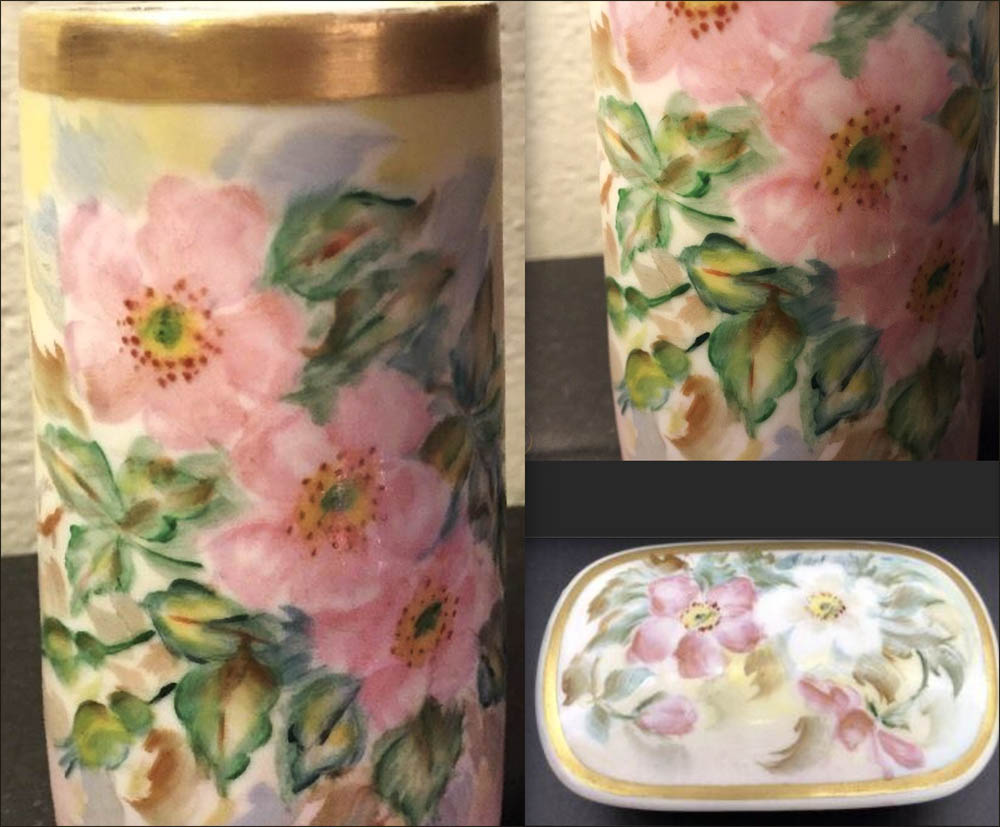 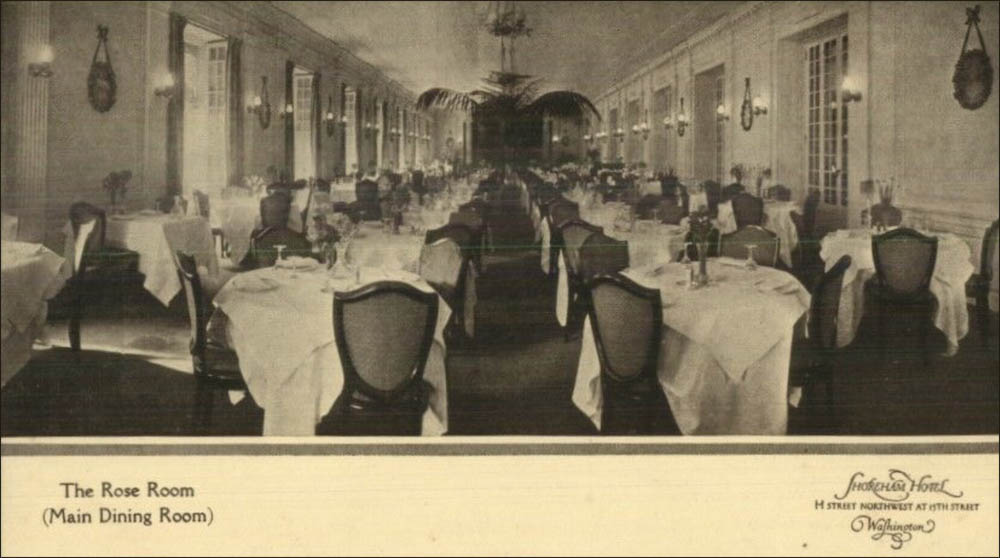 The Rose Room at the Shoreham Hotel 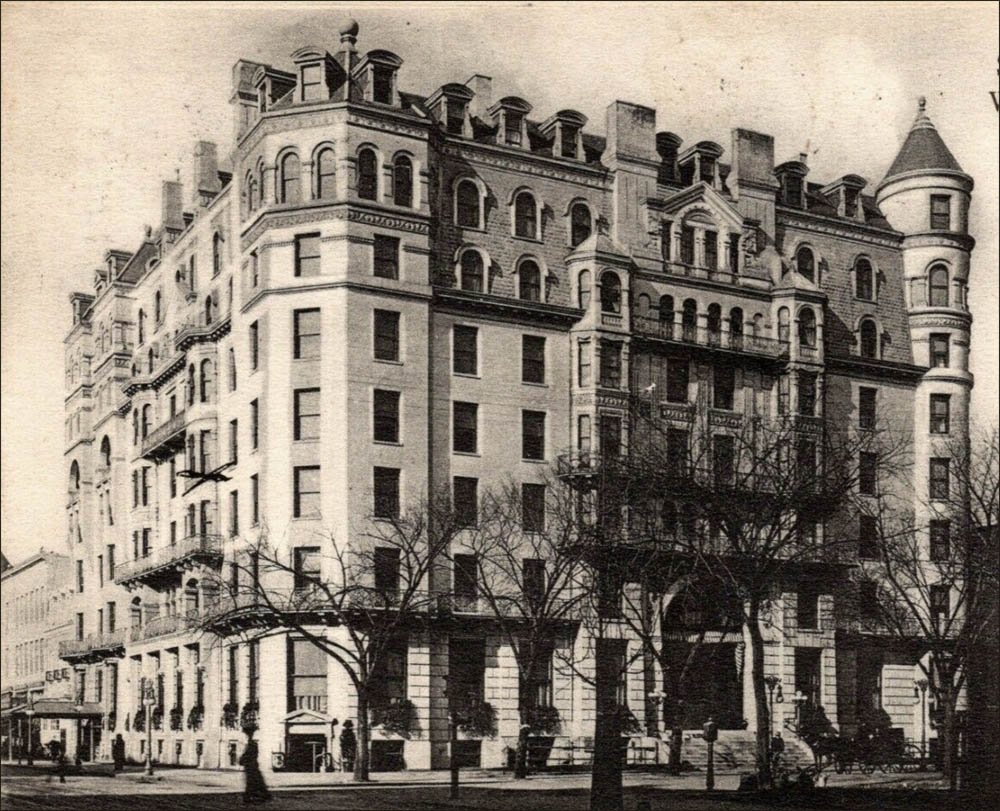 In 1913, Bauscher China made a service for The Shoreham that is decorated with coin gold bands and pin lines. Included in this service is a tea pot with an infuser insert that kept the tea leaves out of the tea that was poured into cups.

WorthPoint contains a brush vase and a covered soap dish that are decorated with hand-painted flowers. The rendering appears to be more modern in style than what was popular in 1913. This suggests that the painting was done by someone after the china left the Shoreham rather than what was ordered by the hotel.