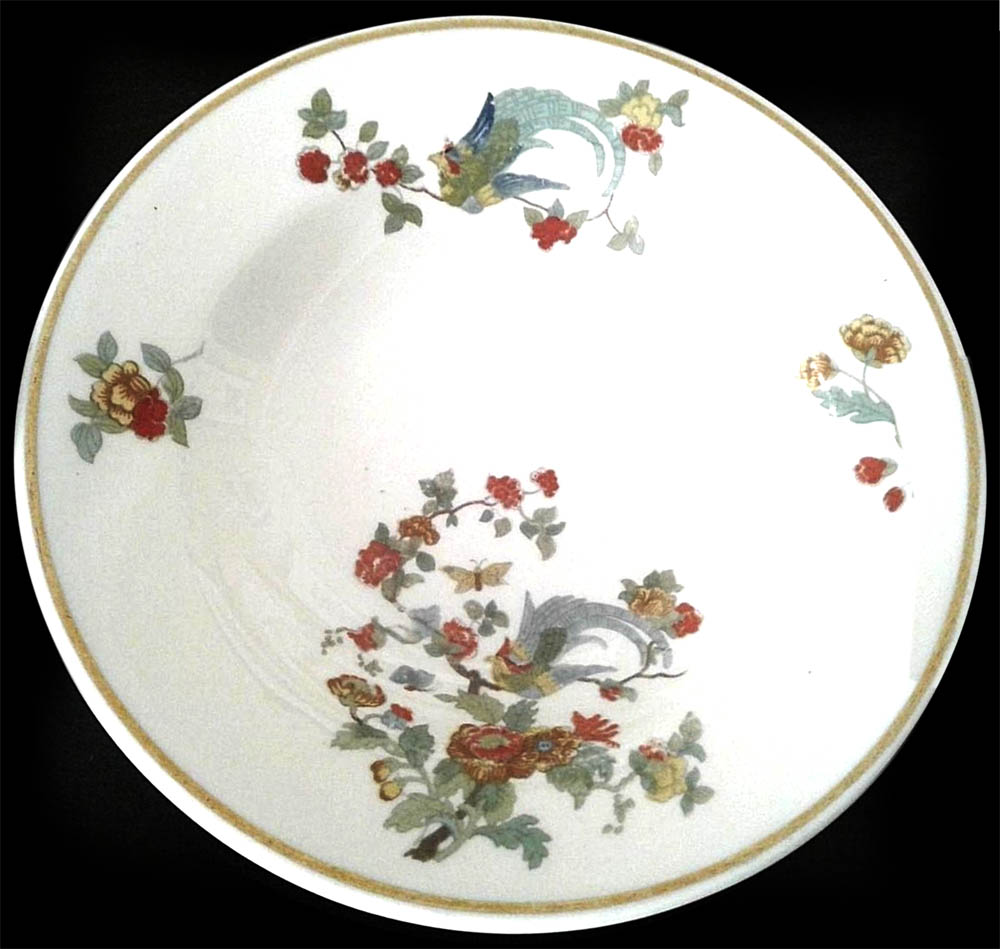 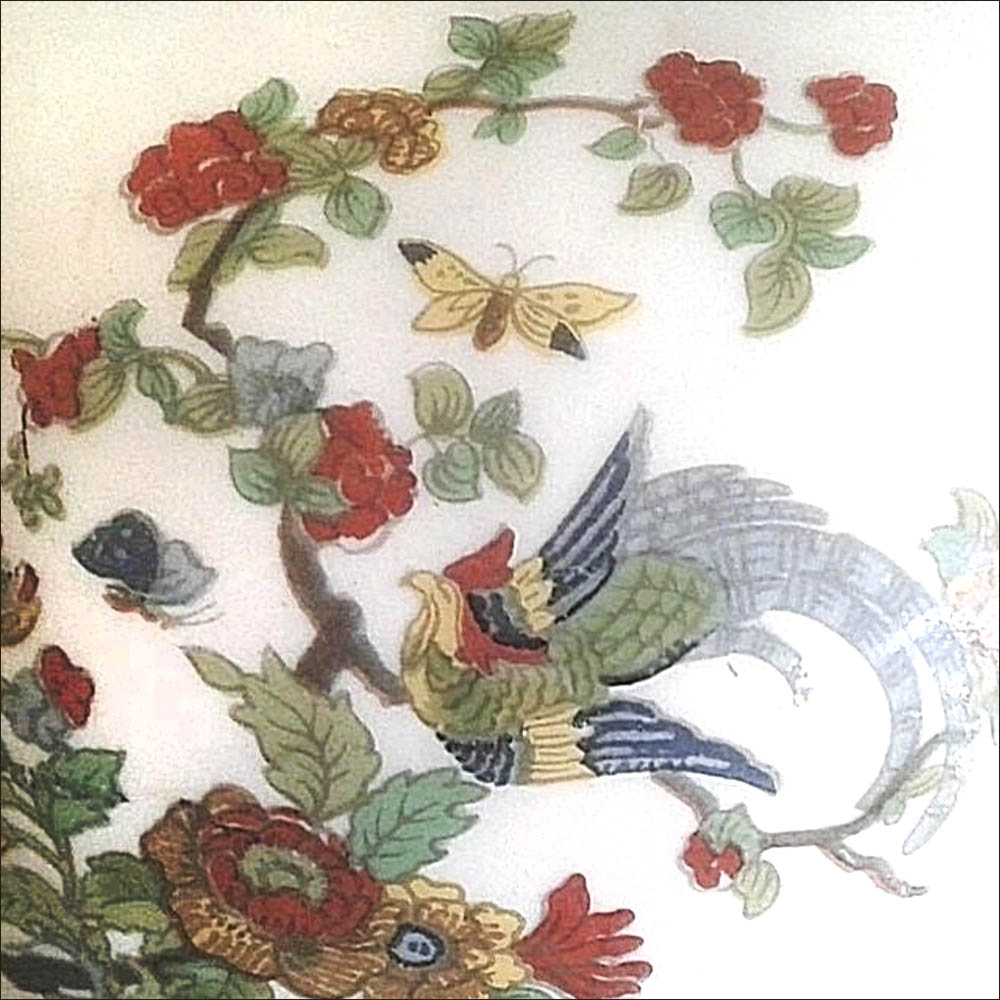 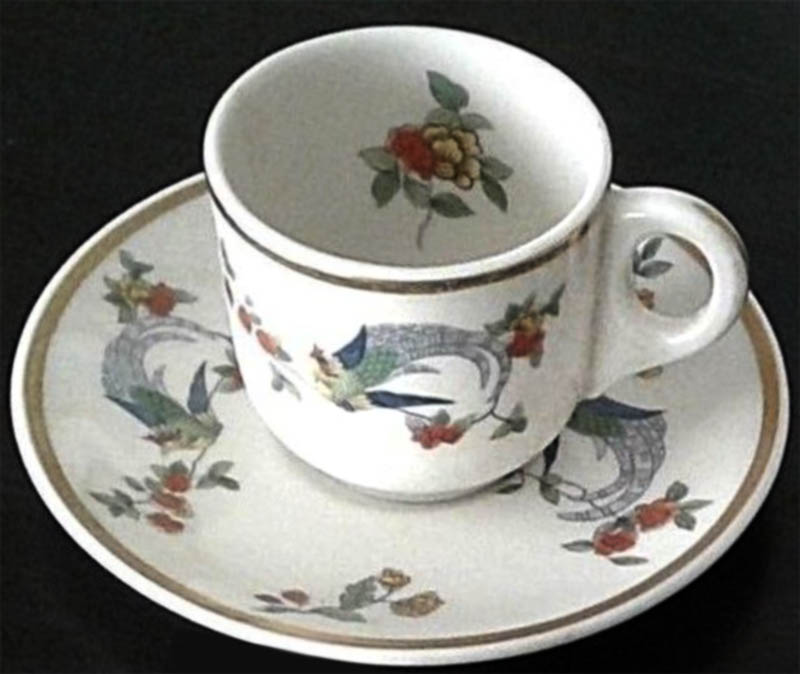 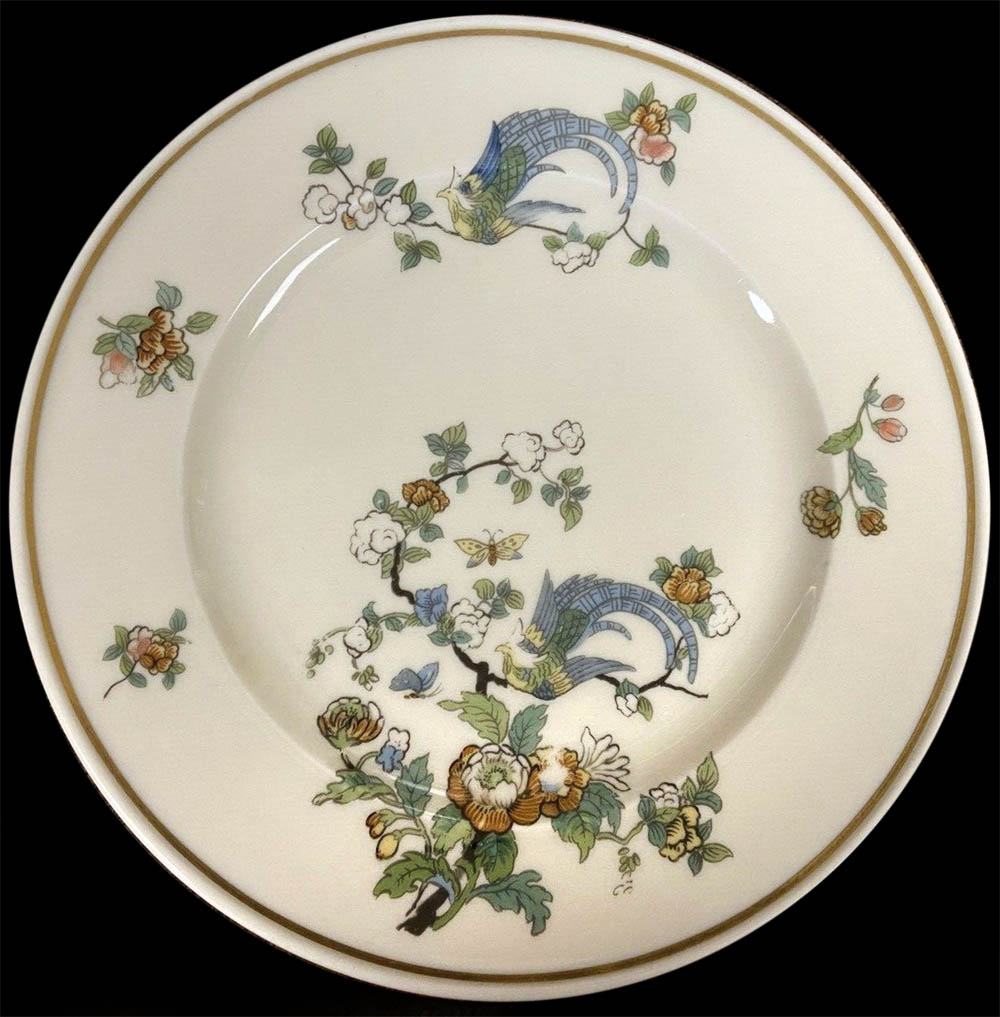 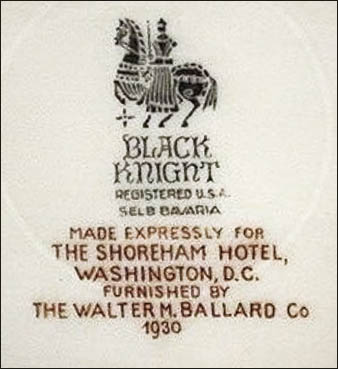 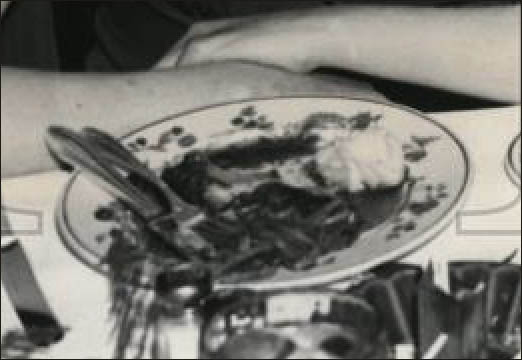 1938 newspaper photograph showing china in use 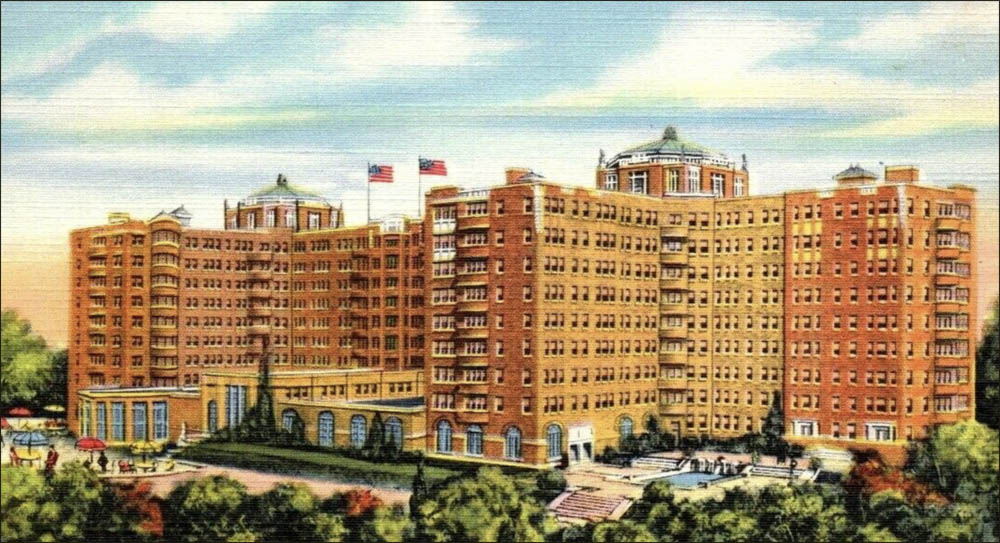 A china service produced by Black Knight, Scammell, and Syracuse features a stylized bird with branches, flowers, and butterflies. These overglaze decals are of various size ornaments that could be used on different size and shape pieces.  A coin gold line is at the rim.

Syracuse shows this pattern as "691701 O. G." in its pattern sample book dated November 4, 1937. It was 'controlled' in the Washington, Baltimore and Richmond area, but was available to potential customers elsewhere.

The Black Knight china has white flowers in places that Scammell used red flowers. It was supplied by Walter M. Ballard Company, and dated "1930."

Scammell made this pattern on their Lamberton China base. A 1938, newspaper photograph shows the china in use.