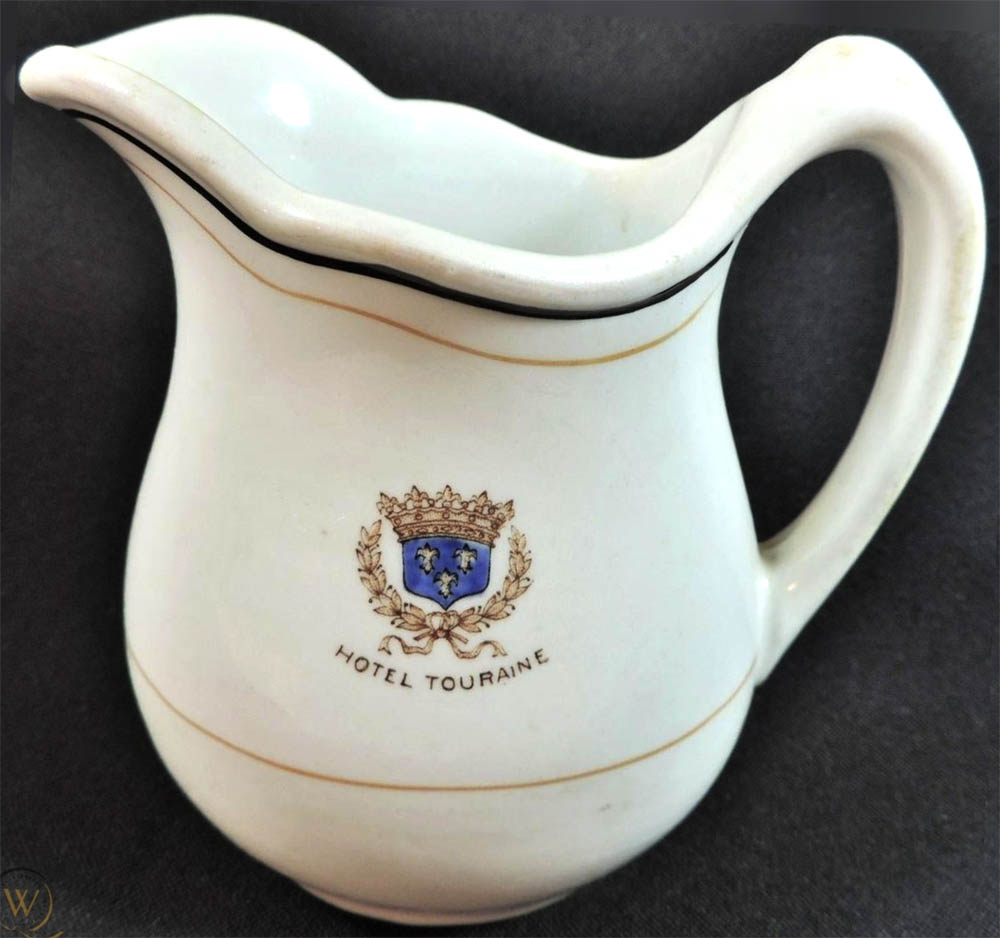 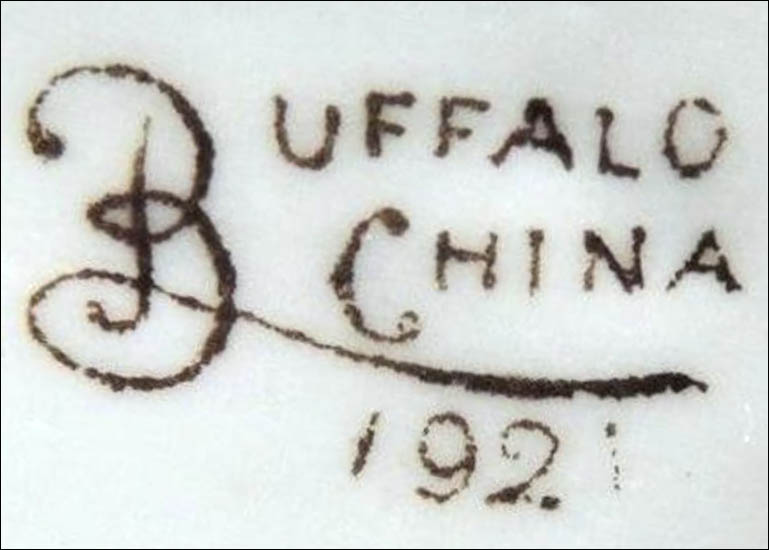 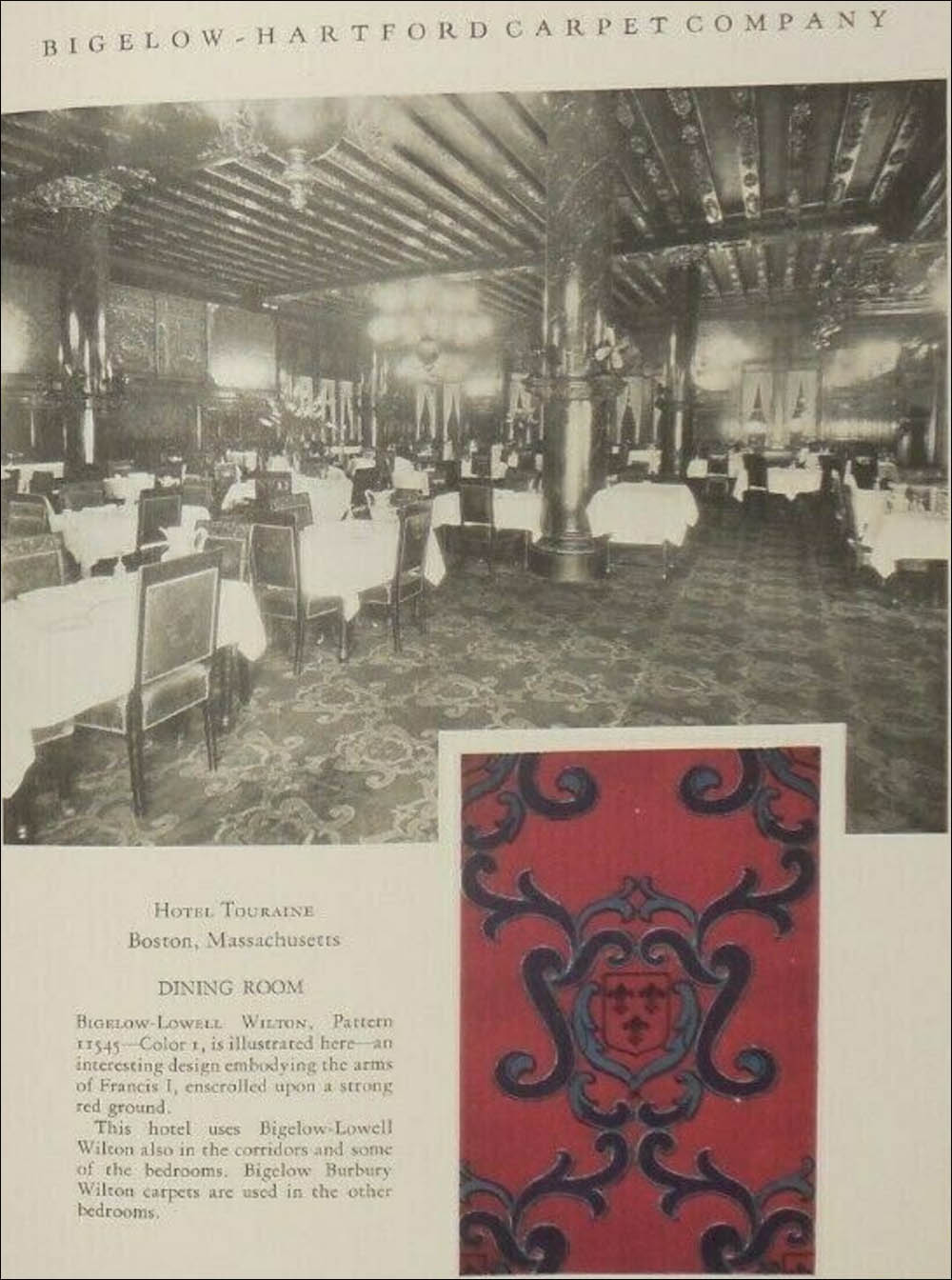 Advertisement showing the carpet used in the Hotel Touraine 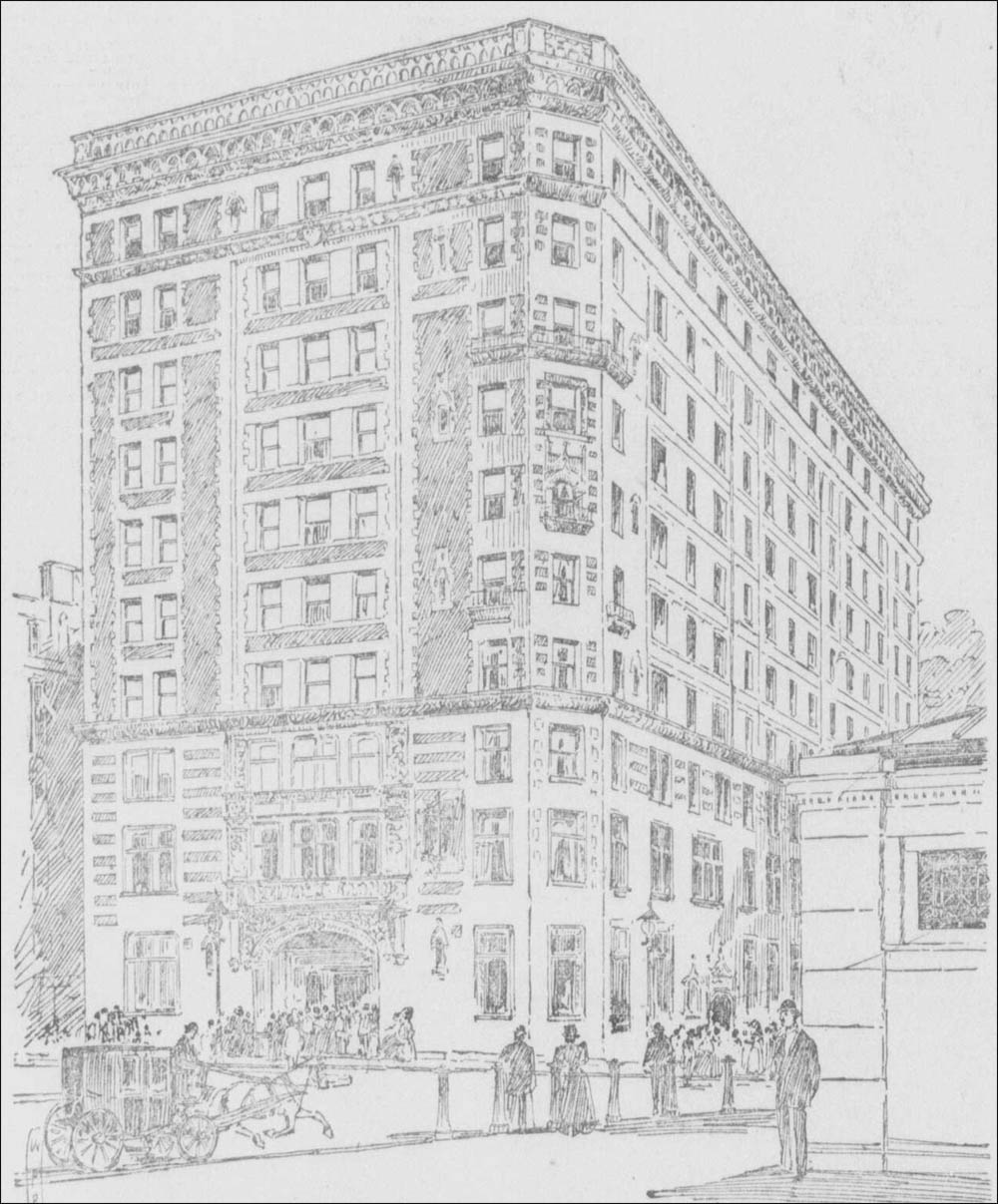 Buffalo China made a china service for the Touraine that has the hotel shield crest in blue and brown. There are blue and red orange rim lines, and a red orange pin line at the verge. This service is dated 1921.