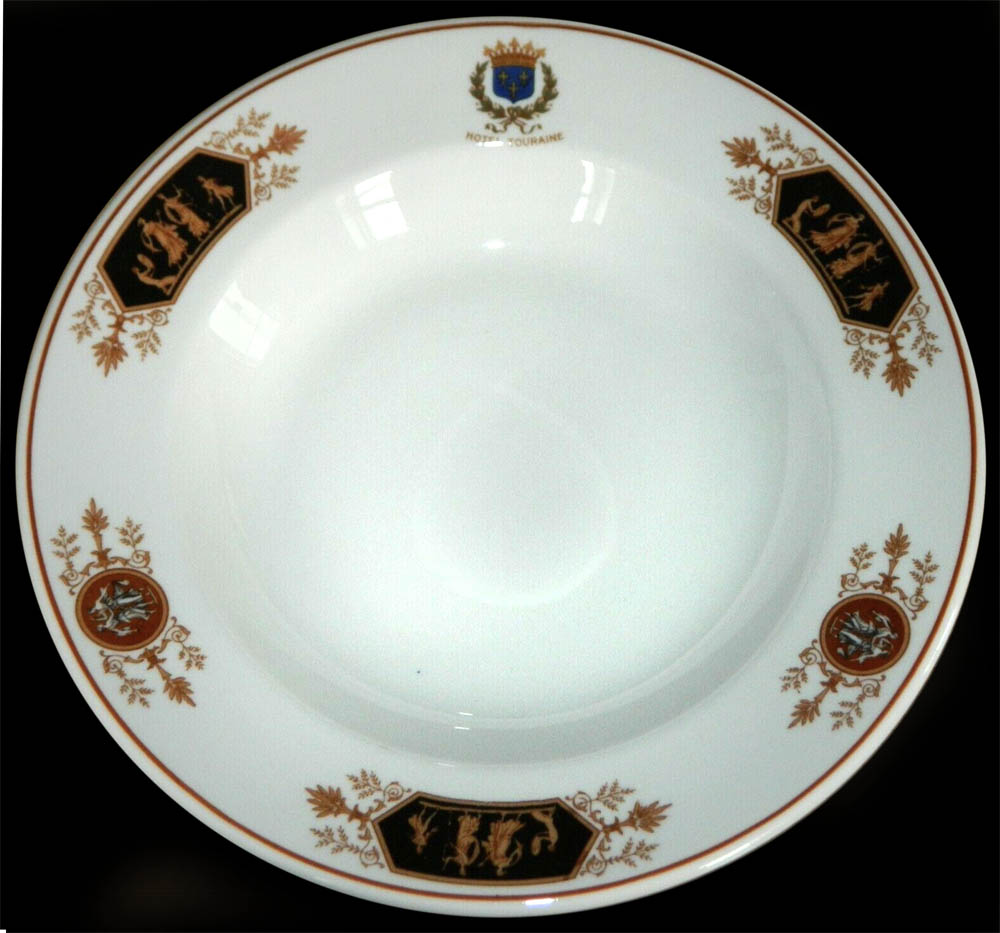 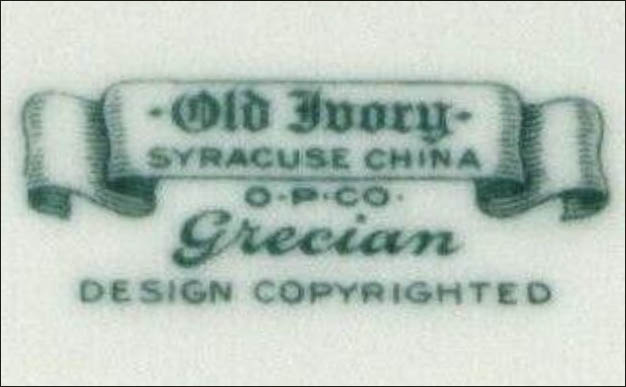 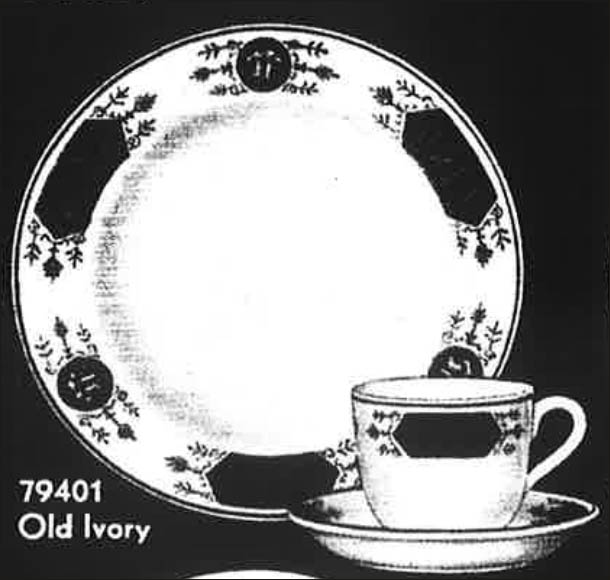 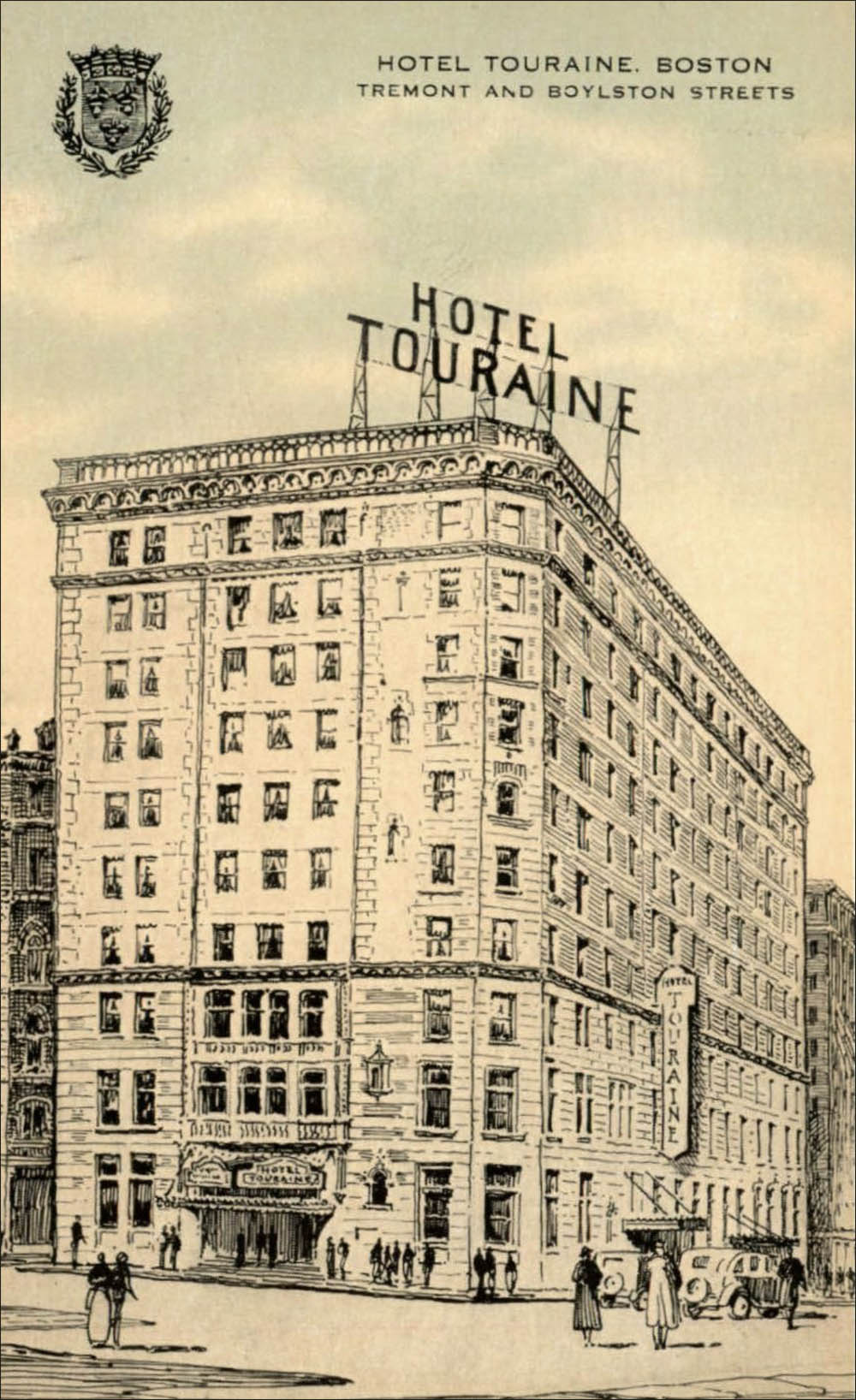 Syracuse produced china on Old Ivory body, with an underglaze Hotel Touraine decal shield crest in red and blue. The border was designed by Hawley Henoch and copyrighted on June 20, 1927. The round part of this design is shown in the Syracuse pattern sample book as "79401, Congress."