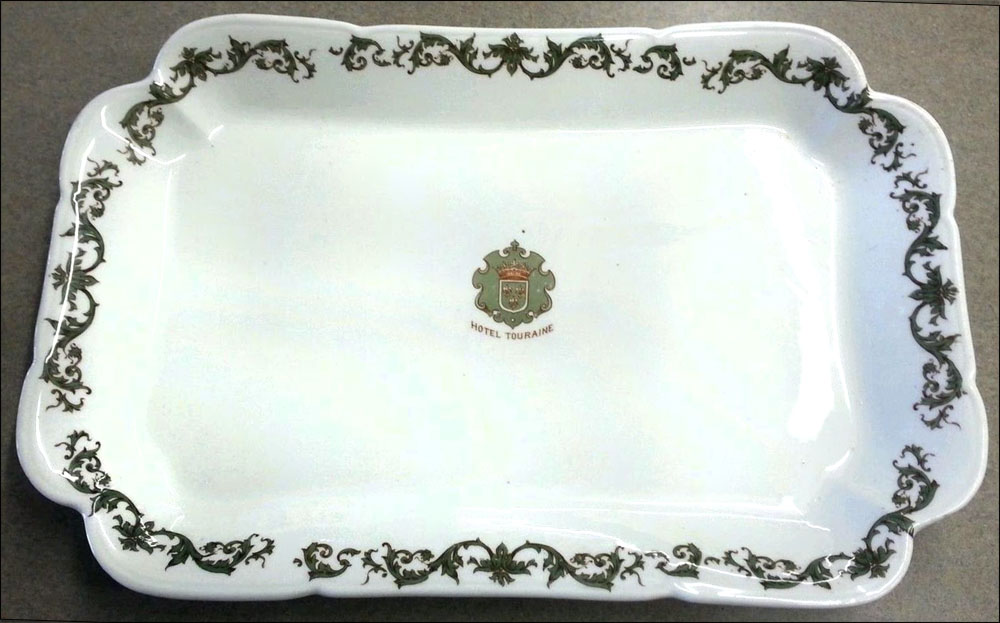 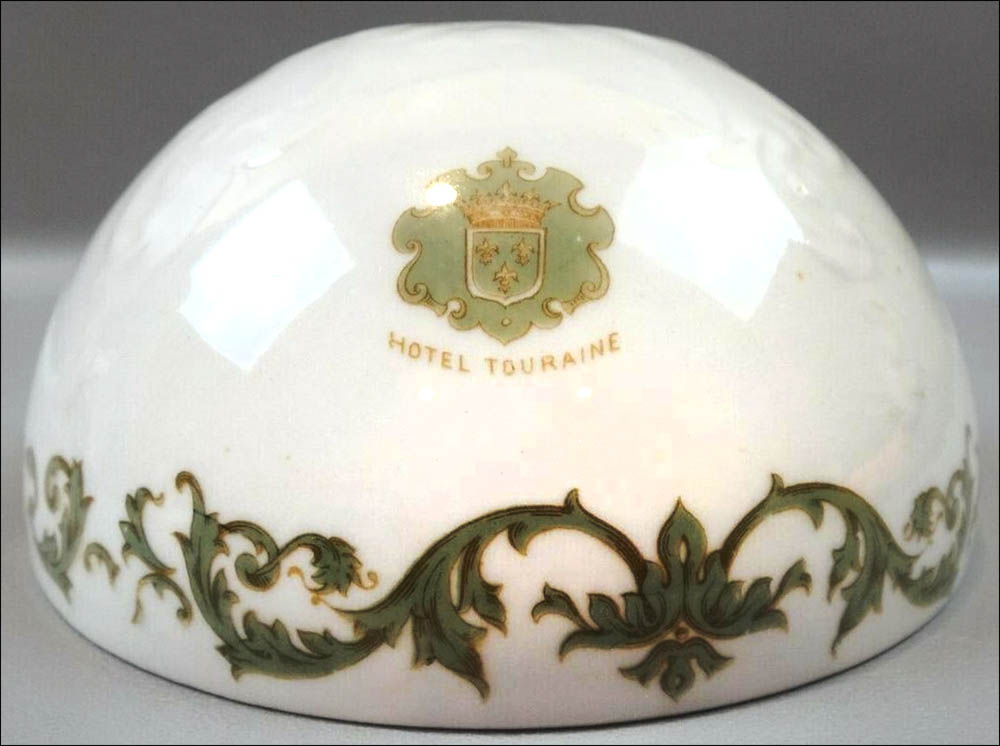 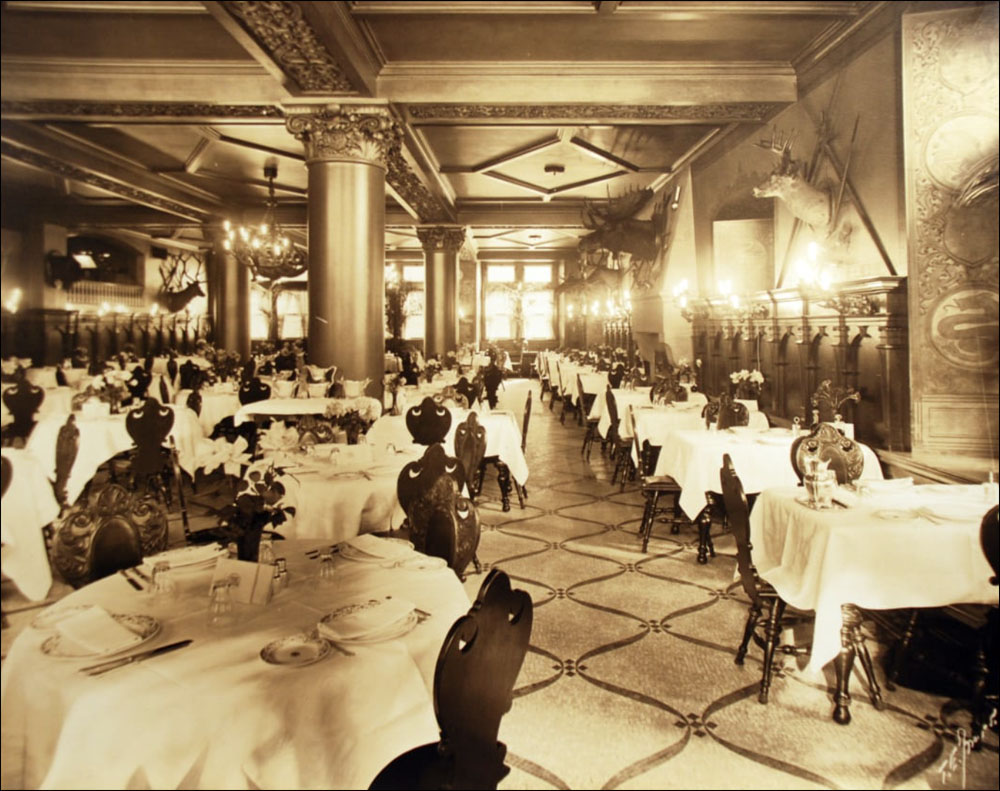 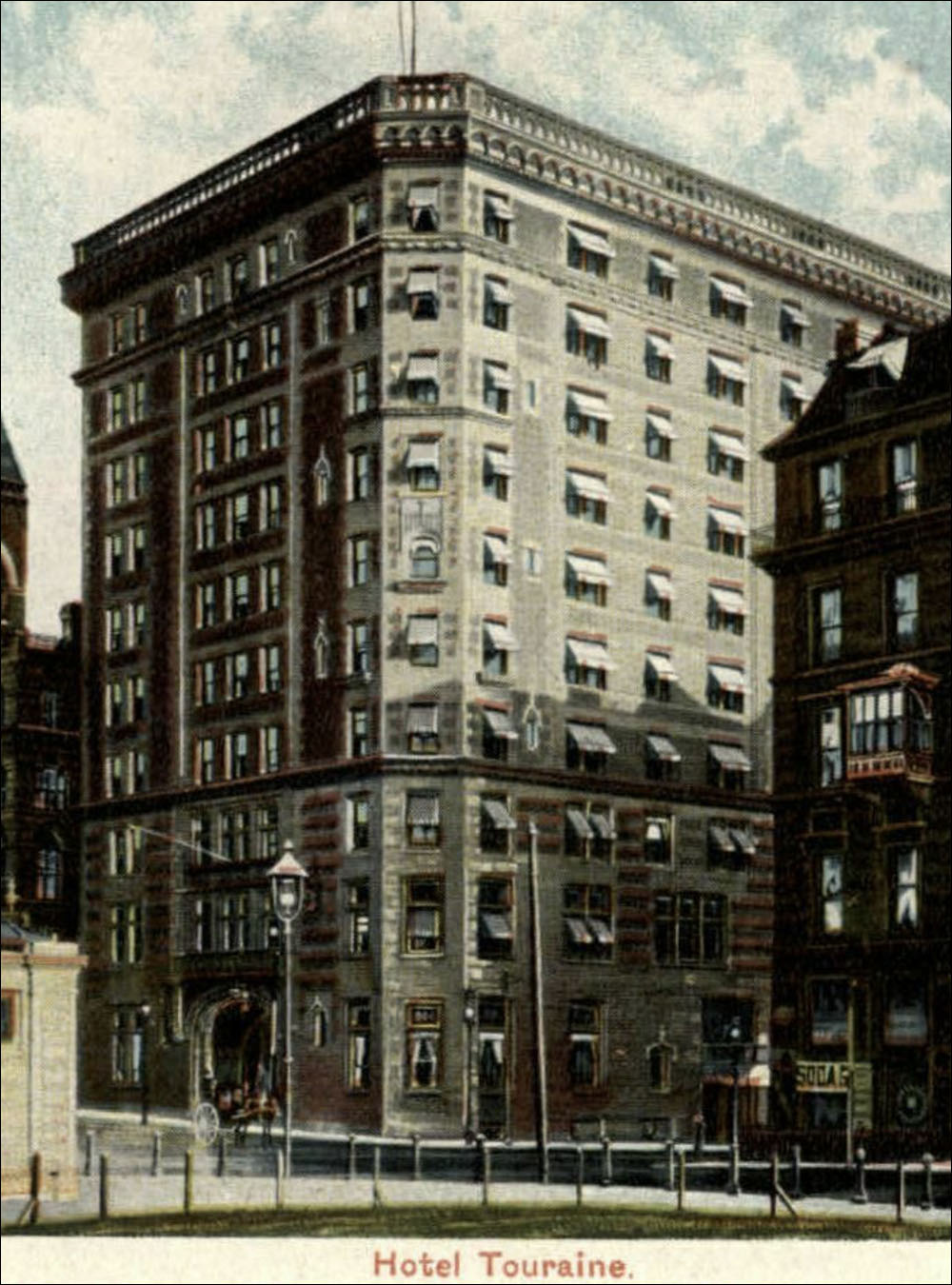 Syracuse produced china with a decal crest that features the fluer de lis shield and crown logo on a scroll-bordered green background. The green acanthus border ornament scrolls are outlined in brown. This pattern is shown in the Syracuse pattern sample book as "Underglaze-52403".  Toast covers and rectangular dishes are part of this china service. Early photographs of the German Room show china on the tables that could be this pattern.