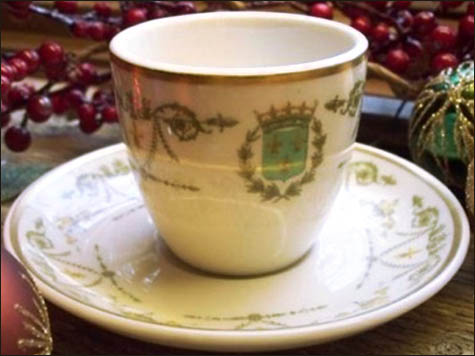 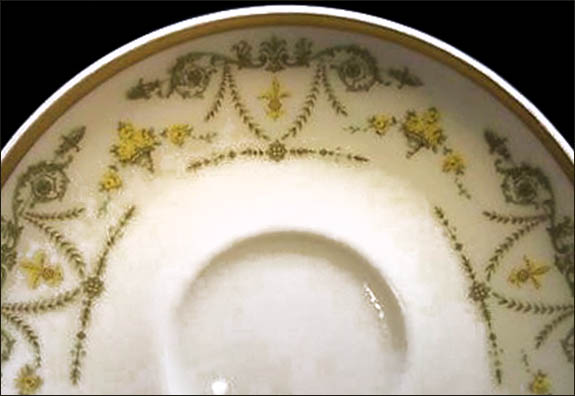 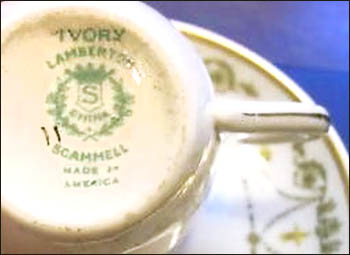 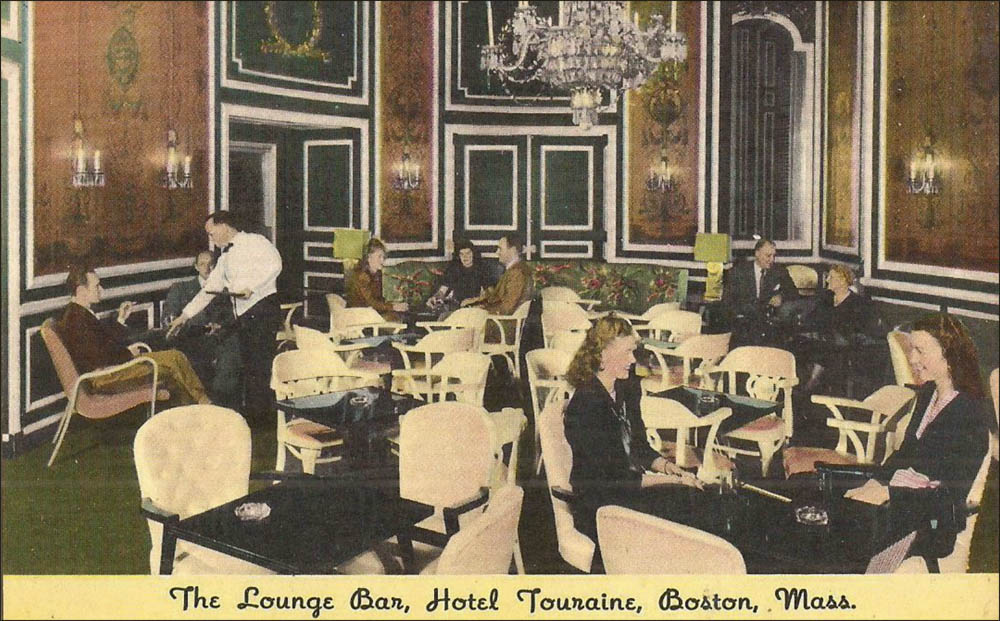 The Lounge Bar at the Hotel Touraine 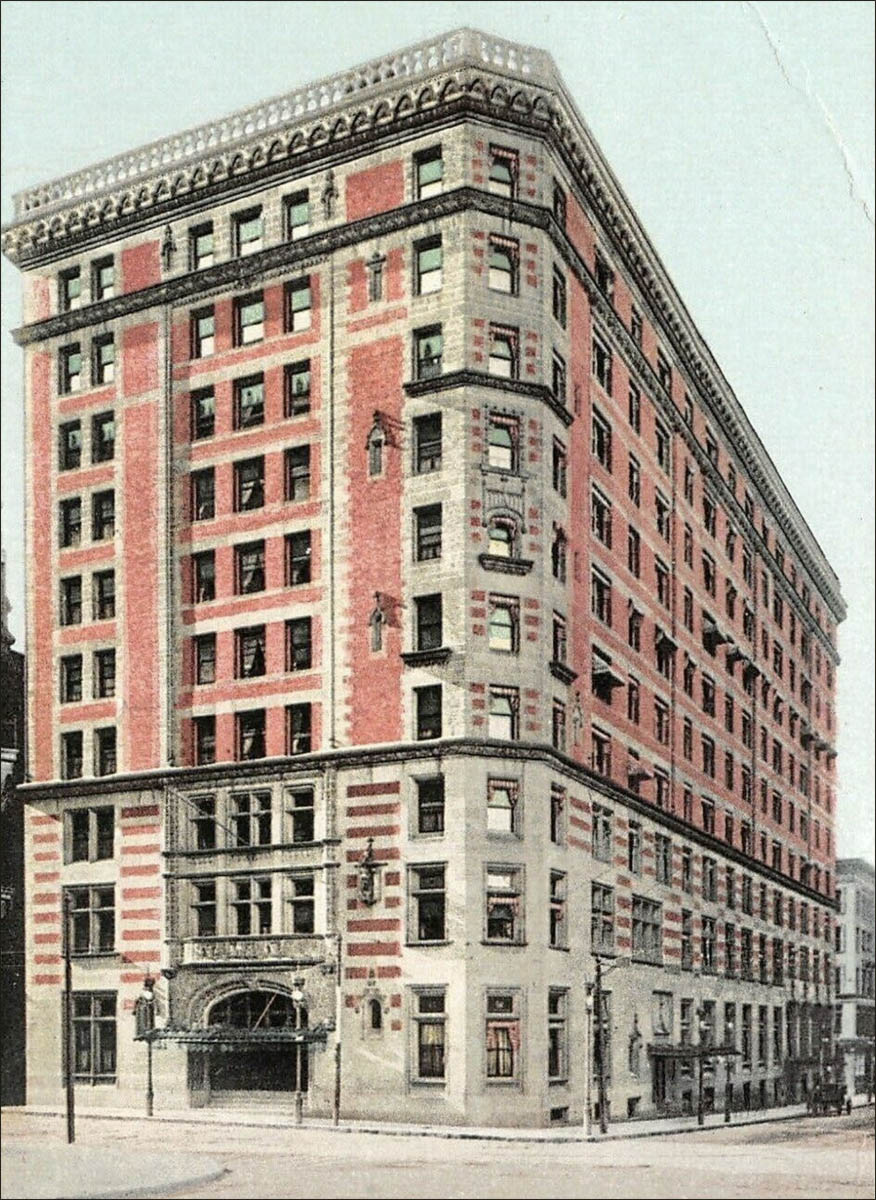 Scammell produced a pattern for the Touraine on Ivory body Lamberton China. The crest is a shield with three gold fluer de lis on a green background. The shield, with crown on top, is encircled with a laurel wreath. The decal border is composed of scrolls and swags. A coin gold line in on the rim.