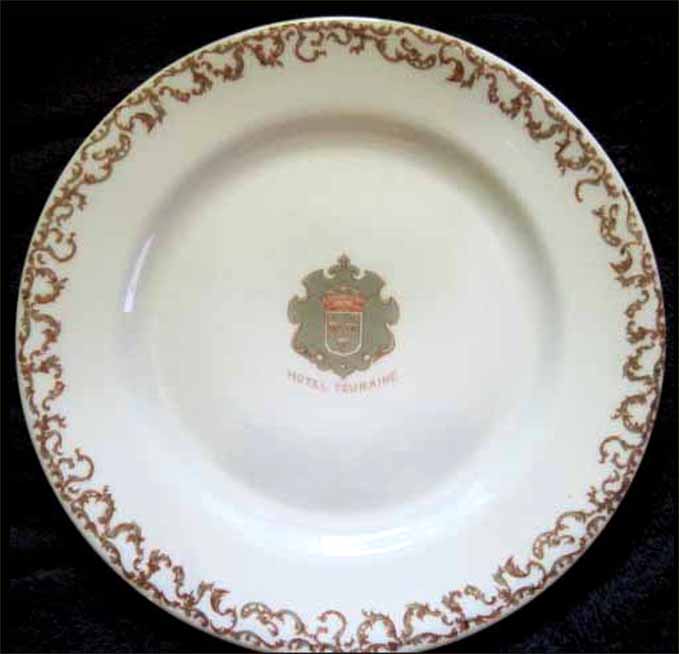 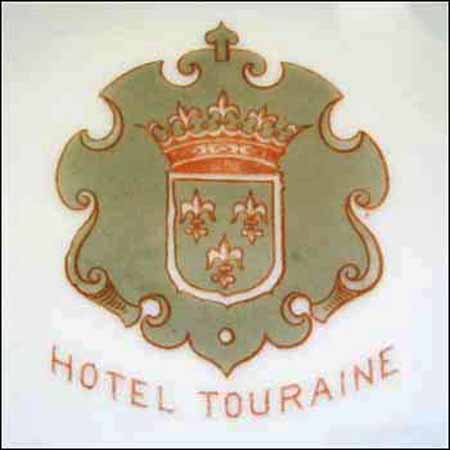 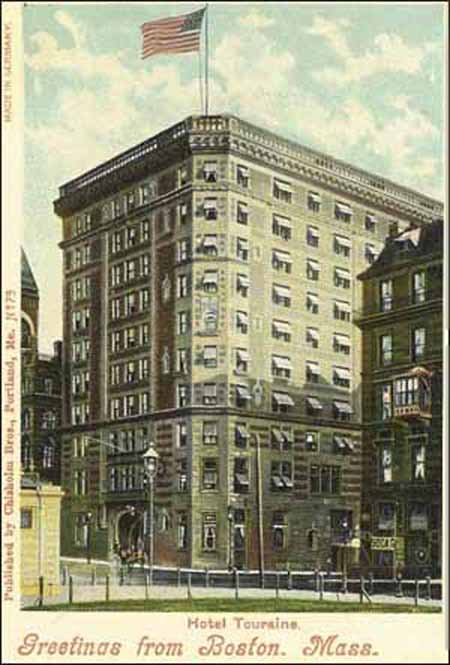 Notes: Located on the corner of Boylston and Tremont Streets in Boston, MA, the Touraine was built on the former site of the John Quincy Adams house. Designed by Winslow & Wetherell, the 10-story, 300-room hotel was built in 1897. Soon after the turn of the century, Joseph Reed Whipple took title to Young's Hotel, the Hotel Touraine, and the Parker House. He also created Valley View Farm in New Boston, NH, a 2,500 acre farm that provided the milk, cream, butter, eggs, poultry, pork, hams and sausages in order to provision his hotels with the most delicious food products.

In the early 1970's the hotel, which was located on the edge of the infamous Combat Zone, was converted to 300 apartments. It later went into foreclosure and was purchased by Harold Brown, "The Landlord of Boston." He did renovations and renamed the hotel 62 Boylston on the Park.

White plate with green acanthus leaves outlined in rust. Crest consists of a crown atop a shield with three fleur-de-lis and surrounded by a pale green medallion.