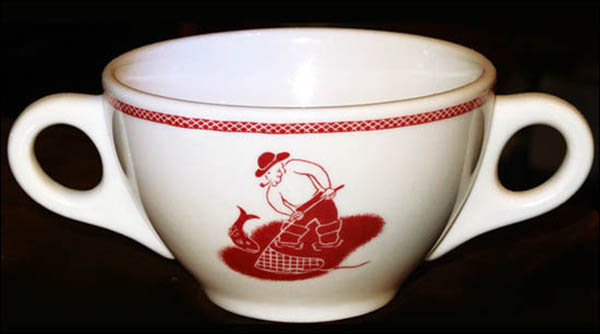 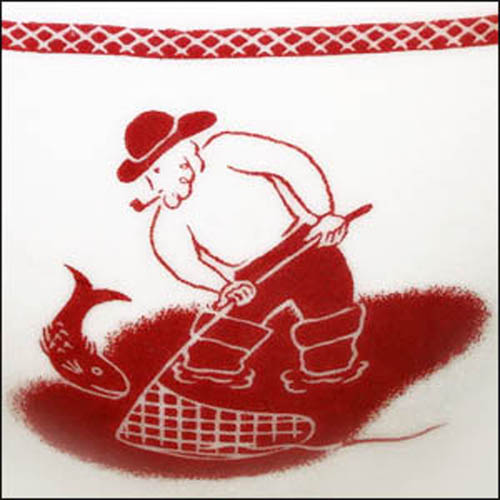 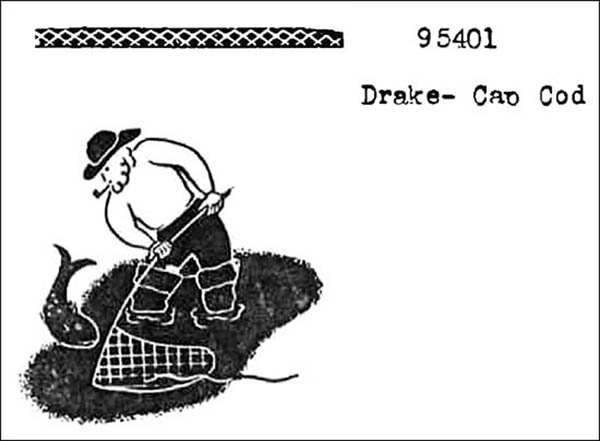 Notes: This bouillon cup was made for the Cape Cod Room at the 800-room Drake Hotel in Chicago. The hotel was at one time part of the Kirkeby Hotel chain.

Established in 1933, the Cape Cod Room continues operating as a fine seafood restaurant as of 2015. It has been inducted by Nation's Restaurant News into the Fine Dining Hall of Fame. Located on the arcade level, the restaurant has a nautical theme, with wooden beams, hanging copper pots and stuffed sailfish adorning the walls.

The pattern is in red, with a fisherman netting a fish. On a dinner plate, a larger illustration also includes three fish, lighthouse, sailboat and ship's wheel. The pattern, identified as Drake – Cape Cod #95401, is found in a binder of Syracuse underglazed patterns, as shown below.