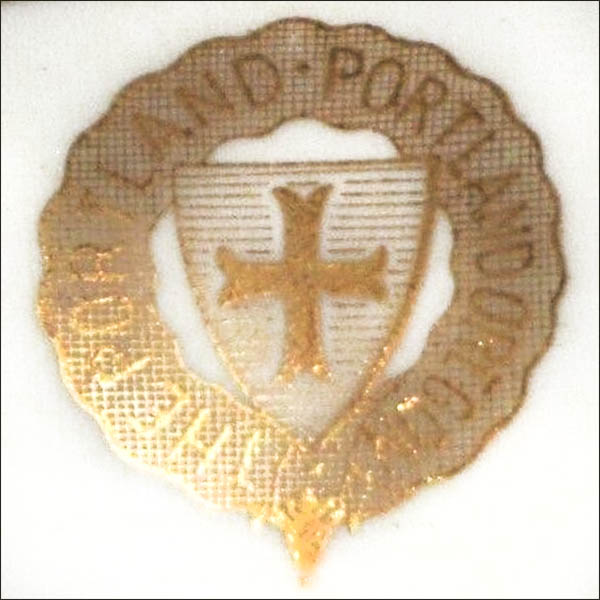 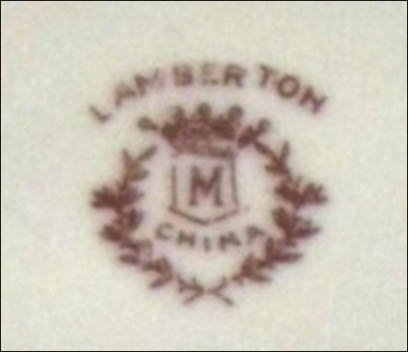 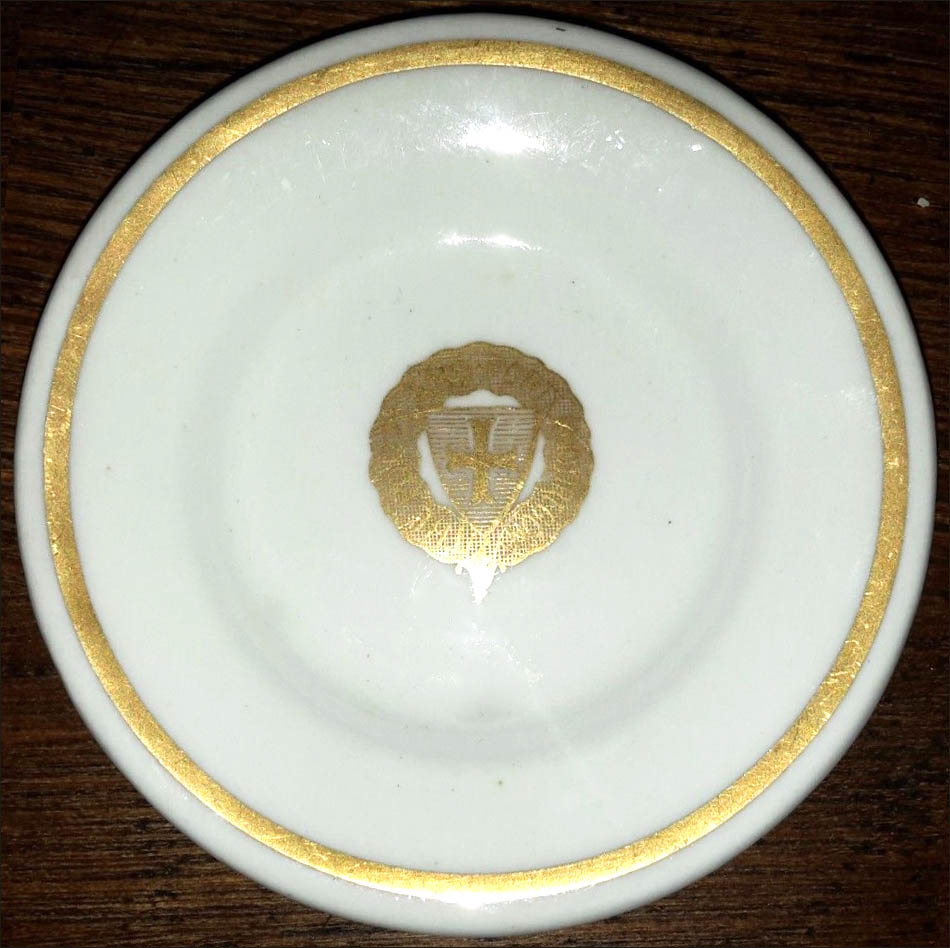 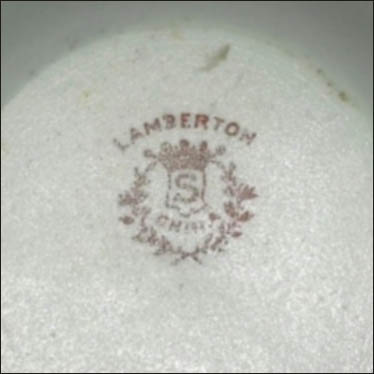 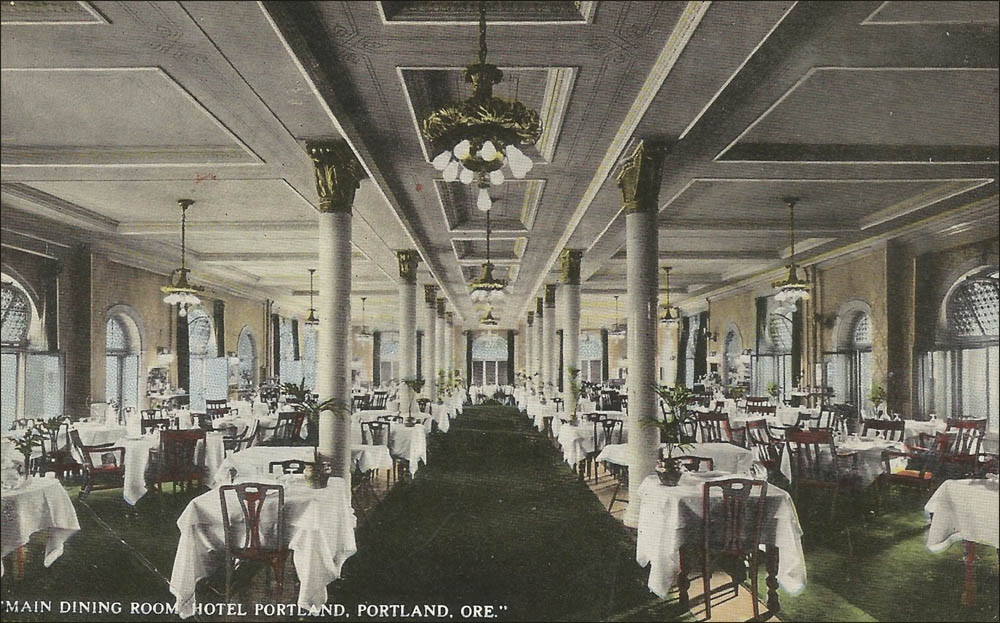 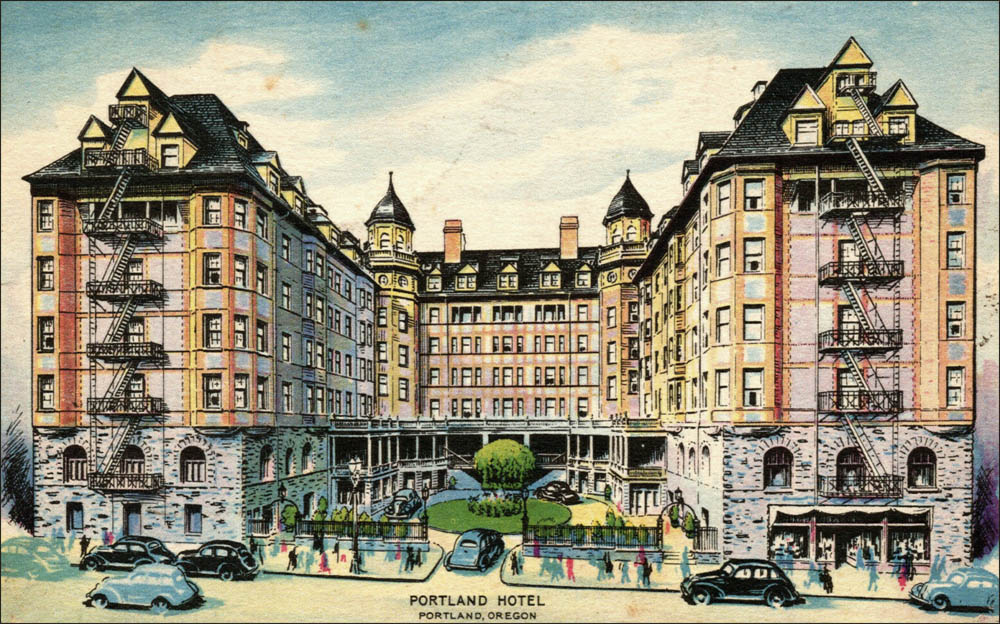 Maddock Pottery and, after 1924, Scammell China produced a service crested with The Portland Hotel garter belt logo done in coin gold. This china has a coin gold rim line. Some pieces contain no makers back stamp.